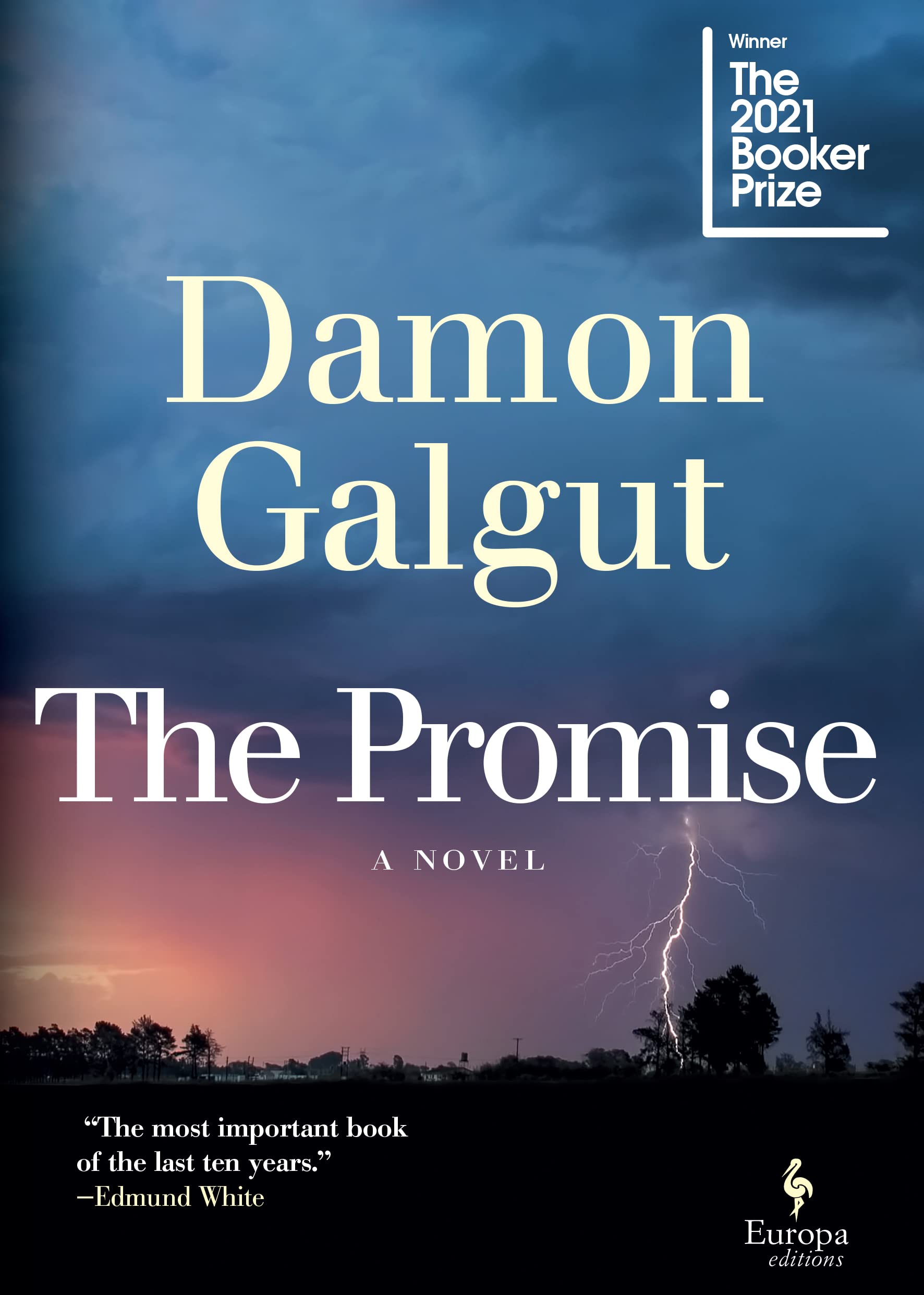 This family drama (256 pages) was published in April of 2021 by Europa Editions. The book takes you to a homestead in Pretoria, South Africa. Melissa read The Promise and loved it; it wouldn't be on our site if she didn't recommend it.

Fair warning: This Booker Prize-winning family saga casts a spell with characters you’ll be thinking about for a long time after you’ve turned the final page.

The Swarts are a white family living on a small estate near Pretoria, South Africa. When the matriarch dies, the remaining family members disperse, running from the burdens of being part of this family. Their story unfolds through four funerals, each ten years apart, starting in 1986.

The ‘promise’ of the title drives the action, and the heart of the story is Amor, just 10 years old when we meet her.

Just before she died, Amor’s 40-year-old mother elicited a vow from her Afrikaner husband to give Salome — a Black maid living on their estate — the deed to the home in which she’s lived for years.

Unbeknownst to either of them, little Amor overhears, and this becomes the defining event of her life. Because her father, selfish and bigoted as he is, forgets all about the promise after his wife dies.

This broken vow follows the family through the decades like a curse or a ghost. Invisible, but undeniably present.

At each funeral reunion, we get rich snapshots of what has happened to each family member in the intervening years. So we see Amor’s older siblings’ fateful decisions play out and eavesdrop on a variety of aunts and uncles who are spoiled, racist, selfish, judgmental. We check in with Amor’s solitary life and the Black family nearby, still living in that little house, still without the deed promised to them.

Author Damon Galgut’s prose is precise, bleakly funny, and painfully sweet in its honesty, slipping effortlessly from third to first person, occasionally addressing the reader as if to say, ‘You still with me here?’

The book uses funerals as its signposts, so it starts from a place of loss and sorrow. But it’s not without hope: Funerals are endings, yes, but they’re also beginnings. This is a darkly humorous exploration of grief and betrayal threaded with a stealthy feeling that somehow, it will all be some version of okay in the end.

By the time she comes in through the back door, a hundred and thirty-three minutes and twenty-two seconds have passed since she ran away. Four cars, including the long dark one, have departed, a single new one has arrived. The telephone has rung eighteen times, the doorbell twice, on one occasion because somebody has sent flowers that improbably turn up all the way out here. Twenty-two cups of tea, six mugs of coffee, three glasses of cool drink and six brandy-and-Cokes have been consumed. The three toilets downstairs, unused to such traffic, have between them flushed twenty-seven times, carrying away nine point eight liters of urine, five point two liters of shit, one stomachful of regurgitated food and five milliliters of sperm. Numbers go on and on, but what does mathematics help? In any human life there is really only one of everything. — Damon Galgut

The application of flames to meat is one of humanity's greatest inventions. In South Africa, the barbecue tradition known as braai is a celebration of multicultural flavors and the delicious power of a wood fire.