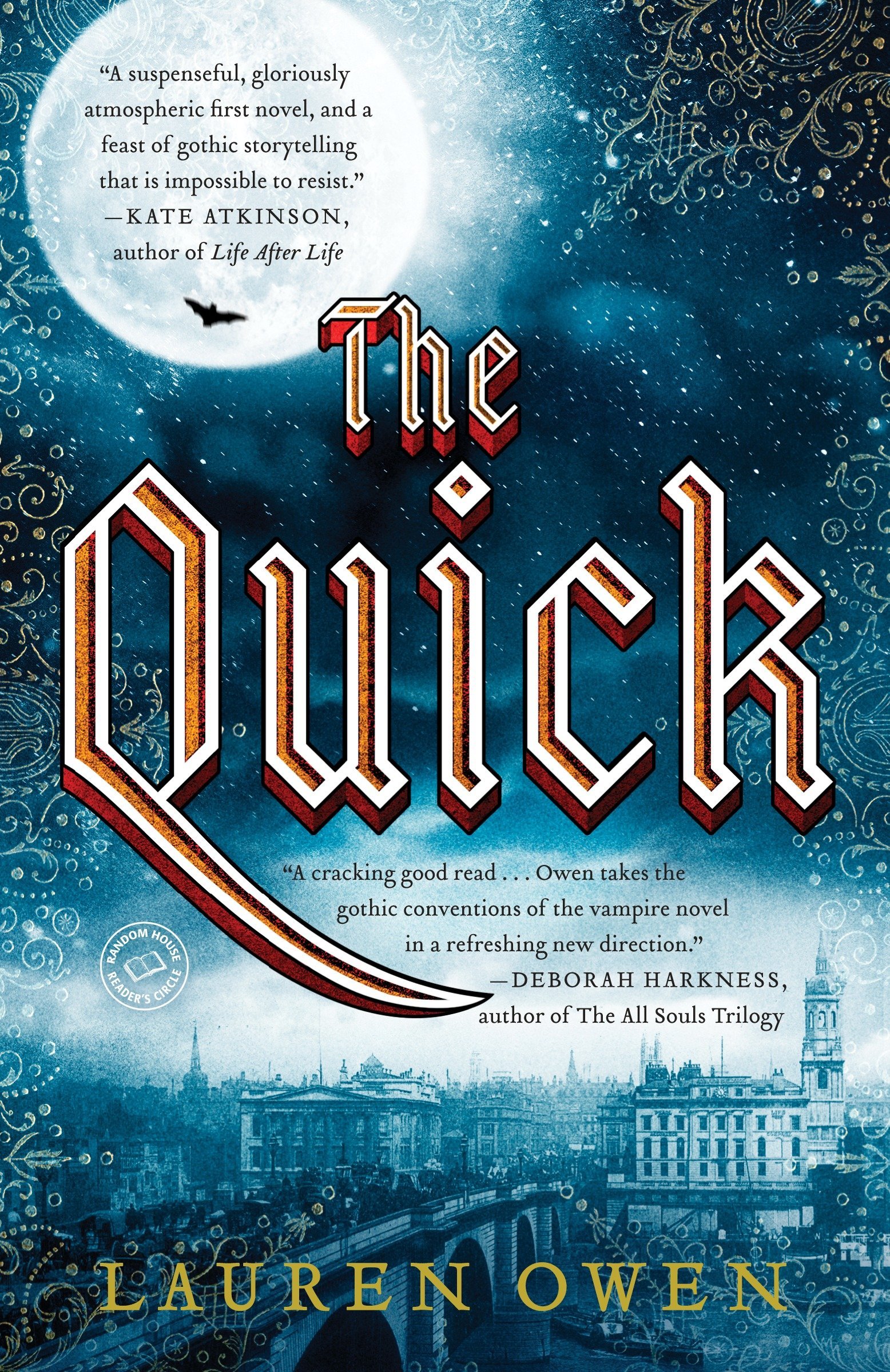 This vampire tale (560 pages) was published in February of 2015 by Random House. The book takes you to Victorian England. Melissa read The Quick and loved it; it wouldn't be on our site if she didn't recommend it.

This excellent mashup of penny dreadful and Gothic literary fiction is a blood-chilling look at what happens when good men’s intentions are corrupted by ambition and greed.

The story begins in brooding Victorian fashion with devoted siblings — Charlotte and James — abandoned by their grief-stricken father to the tumble-down walls of their Yorkshire estate. James is a tender, gentle soul, despite his sister’s efforts to toughen him up. When he eventually comes of age, he moves to London to become a poet. A few months later, he goes missing under mysterious circumstances, and Charlotte leaves the wilds of the moors for the grimy labyrinth of London to find him.

Picture London in 1892. The cobblestone streets are rife with the struggles of humanity; fog clogs the air, beggars guard the corners. But just a few blocks across town, the toff drawing rooms of high society — all velvet and gloves and impeccable manners — are the recruiting grounds for an exclusive gentlemen’s haven called the Aegolius Club. Devoted to scientific inquiry, the Club invites only the most affluent and respected members of society into its secret rooms. What they get up to inside the Club’s walls is audacious and sinister.

One of the great joys of this novel is the way that secrets are revealed to propel the story forward, so we won’t give too much away. But trust that its pages are populated by a compelling cast, including the aforementioned poet and his daring sister, a charming man-about-town, dangerous street urchins, a female tightrope walker, Oscar Wilde, and a villain known as Doctor Knife, a.k.a., Augustus Mould (a name Dickens would love).

Author Lauren Owen wrote this debut novel just after completing her MA studies in Victorian literature, and she’s currently working on a Ph.D. in Gothic writing. She names Wilkie Collins, Charlotte Brontë, and Sir Arthur Conan Dole among her influences. Her attention to the craft of the masters shows in her evocative, lyrical turns of phrase and the dynamic relationship she’s built among the characters.

What begins as pure-grade atmospheric Victoriana slyly morphs into a cracking-good mystery. It tackles significant issues like poverty and privilege, the burdens and gifts of family devotion, changing gender roles, and sexuality. And yes, vampires. But the who and the how remain as elusive as smoke for just the right amount of time.

‘We don’t need words for ourselves,’ he said. ‘It’s the living we’re always watching out for.’… He said that there were few names he would care to repeat — the kindest being ‘bleaters.’ ‘Blood bag’ is another. A buxom human female, in low circles, might be termed a ‘claret jug.’ He added that amongst those with better manners, the most widespread term for [the living] is ‘the Quick.’ Then he smiled—an effort made solely to discompose me. ‘Not always quick enough, of course.’ — Lauren Owen

Get lost in the pages of this novel. You'll hear footsteps behind you on the cobblestones while a chill mist seeps under the door. Victorian London comes to life in a plot that's filled with secrets and surprises.