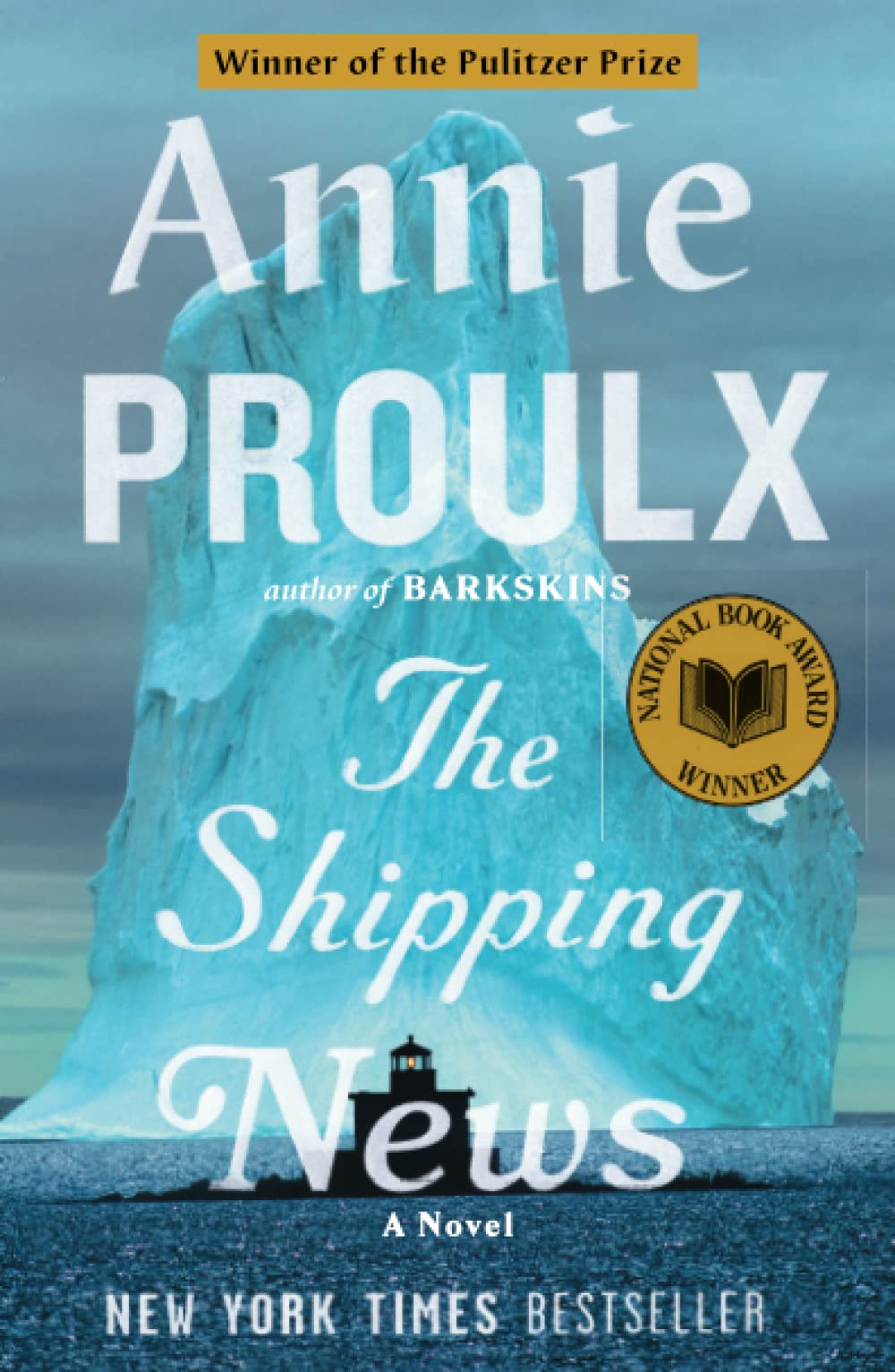 This salty family saga (352 pages) was published in January of 1994 by Scribner. The book takes you to Newfoundland. Melissa read The Shipping News and loved it; it wouldn't be on our site if she didn't recommend it.

Sure, you could rely on the Pulitzer Prize committee’s decision to award this novel its highest honor in 1994. You might also remember that it won the US National Book Award.

But here’s our endorsement: This novel will envelop you in the cold fog and roaring wind of the Newfoundland shore. And you’ll be transported to the (fictional) harbor town of Killick-Claw, where you’ll eat a squid burger and join in the local gossip.

The story, tinged with Canadian magical realism, revolves around a strange hero named Quoyle. He’s a sad, quiet man beat up by life. The book’s first page tells us everything we need to know about him: ‘Here is an account of a few years in the life of Quoyle, born in Brooklyn and raised in a shuffle of dreary upstate towns. Hive-spangled, gut roaring with gas and cramp, he survived childhood; at the state university, hand clapped over his chin, he camouflaged torment with smiles and silence. Stumbled through his twenties and into his thirties learning to separate his feelings from his life, counting on nothing… At thirty-six, bereft, brimming with grief and thwarted love, Quoyle steered away to Newfoundland, the rock that had generated his ancestors, a place he had never been nor thought to go.’

In the following few chapters, we learn more about his dreary, meandering life and the tragedy that drives him to move to Newfoundland and his abandoned ancestral home, right on the shore, facing the Atlantic. Two young daughters and an estranged aunt in tow.

Soon Quoyle is covering two beats for the local newspaper: the shipping news — a strange sort of gossip about newly-arrived ships and the cargo — and car wrecks. They’re grim assignments, but eventually, Quoyle finds his way around the written word and life in this singular landscape.

This adult coming-of-age story is flush with stories of heartbreak and resilience, suspense, and adventure. The storms that batter the rocky shore are so powerful, they seem like sentient beings. There are also drownings and drunken brawls and a house dragged across the ice with ropes. There are pirates, a maybe-ghost, and a mysterious death. There’s also a strong sense of community and isolation at precisely the same time.

The Newfoundland described in this compelling tale is a hard land populated with scarred people who have, somehow, found a sense of ease and acceptance. Quoyle is transformed by his experiences there and is also Quoyle to the end — tender and haunted by family trauma. But also a little bit lighter and willing to keep muddling through life with a new appreciation for a fine day.

‘It never leaves you. You never hear the wind after that without you remember that banshee moan, remember the watery mountains, crests torn into foam, the poor ship groaning. Bad enough at any time, but this was the deep of winter and the cold was terrible, the ice formed on rail and rigging until vessels was carrying thousands of pounds of ice. The snow drove so hard it was just a roar of white outside these windows. Couldn’t see the street below. The sides of the houses to the northwest was plastered a foot thick with snow as hard as steel.’ Quoyle’s teacup cooled in his hands. Listening. — Annie Proulx