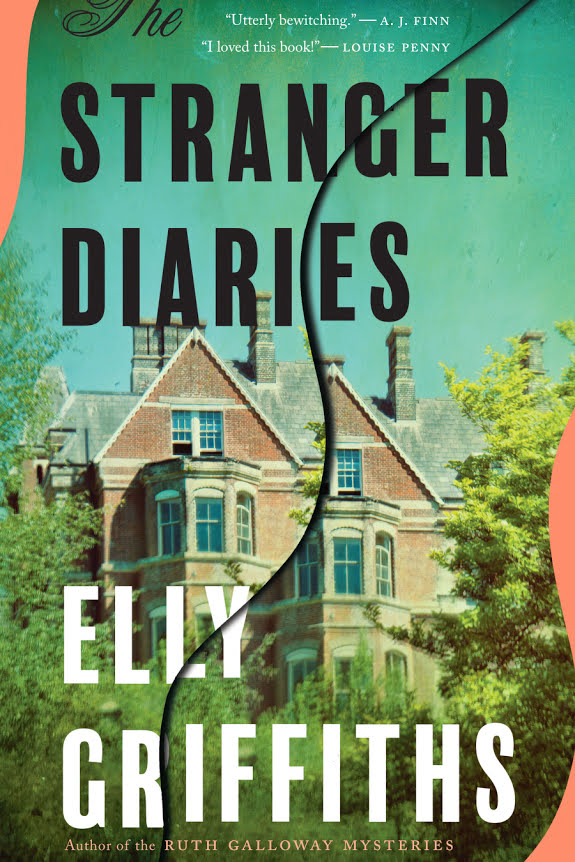 This gothic mystery (352 pages) was published in March of 2019 by Houghton Mifflin Harcourt. The book takes you to a creepy school in England. Melissa read The Stranger Diaries and loved it; it wouldn't be on our site if she didn't recommend it.

Sure, Clare sometimes wishes she was a teacher at a more prestigious school — Talgarth isn’t exactly Oxford. But in the soft light of October, it can be easy to imagine she’s teaching at a university, ‘somewhere ancient and hallowed.’ Plus, it’s home to Holland Hall, named for its previous occupant: R.M. Holland, author of the Gothic story The Stranger and the subject of Clare’s biography-in-progress.

If she’s not entirely happy, she’s at least settled in her choices. And if she’s sometimes distracted by the notion that there are ghosts at Holland Hall, that’s only to be expected from someone with her head stuck in the 19th century.

Then real tragedy strikes: Clare’s co-worker and best friend is murdered. The police are convinced the murderer is someone Clare knows because found next to the body is a handwritten note inscribed with a line from The Stranger.

Soon, everyone is a suspect — students, other teachers, the philandering head of the school — and their dark secrets are brought into the light, including the ones Clare meticulously scribbles in her diary every day.

This is page-turning, stay-up-too-late-to-finish-it fun, and it name-drops the best of Victorian authors like Charles Dickens, Elizabeth Gaskell, and Wilkie Collins. With a wink to Collins’ The Woman in White, this book is told in the first person by several narrators, each moving the story forward and casting doubt on the tales told by the others.

The structure and the judiciously doled out clues keep everyone guessing until the thrilling denouement when all the mysteries are resolved, and the ghosts are finally laid to rest.

‘If you’ll permit me,’ said the Stranger, ‘I’d like to tell you a story. After all, it’s a long journey and, by the look of those skies, we’re not going to be leaving this carriage for some time. So, why not pass the hours with some story-telling? The perfect thing for a late October evening. — Elly Griffiths

Bonus spooky fun: The complete text of the short story ‘The Stranger’ by the fictional author R.M. Holland is found in its entirety at the end of this novel.