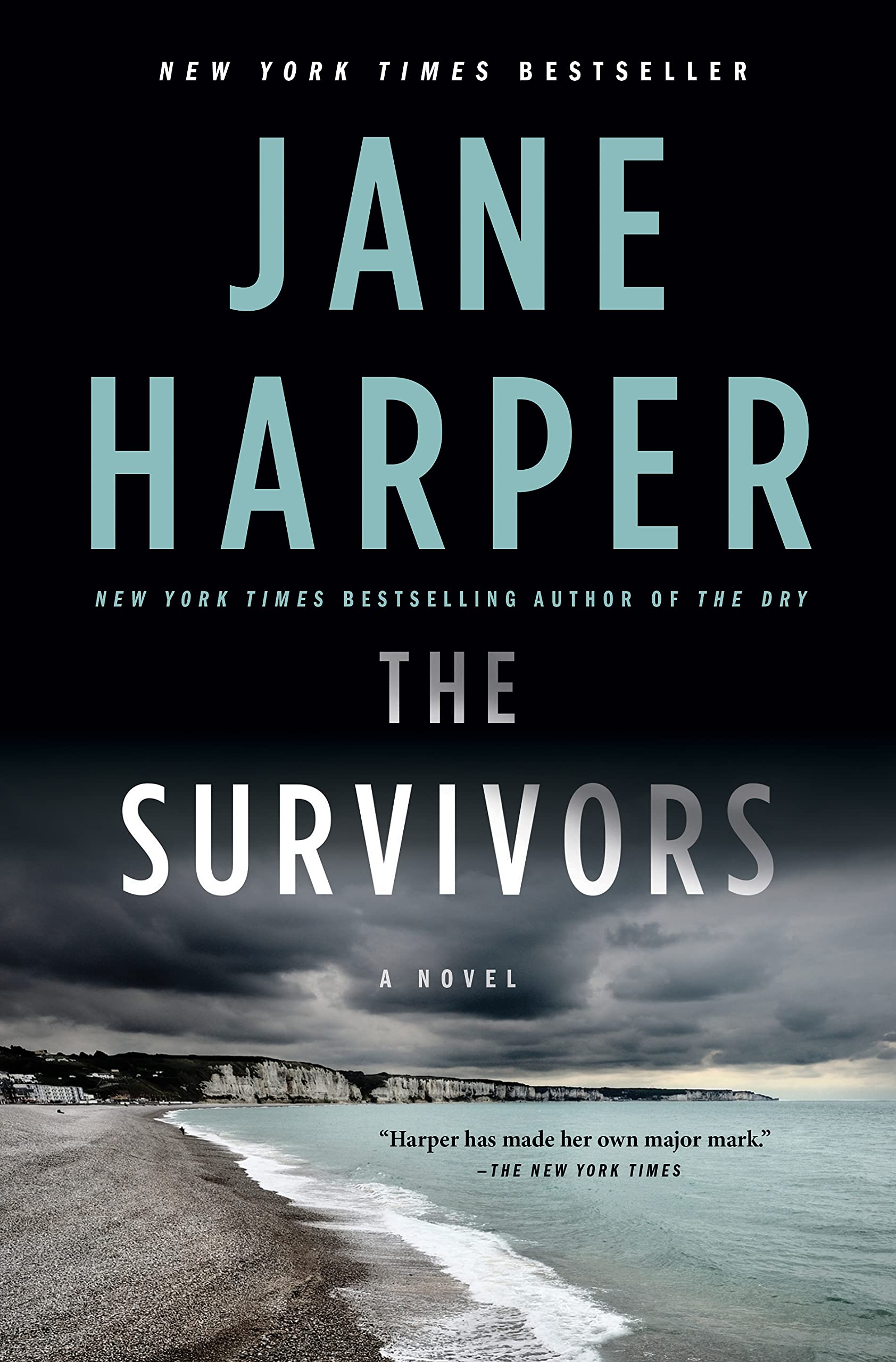 This murder mystery (384 pages) was published in February of 2021 by Flatiron Books. The book takes you to a seaside town in Tasmania. Melissa read The Survivors and loved it; it wouldn't be on our site if she didn't recommend it.

Welcome to Evelyn Bay, Tasmania. The beach is lovely. The beers at the Surf and Turf are cold. And that shipwreck off the coast? It’s a divers’ dream. Just don’t ask too many questions about that storm 12 years ago.

When that epic storm ravaged Evelyn Bay, population 900, the town took a physical beating, but the emotional toll was worse. On that fateful day, a handful of tragedies struck. During the years since, most families swept their feelings under the proverbial rug and stayed. But not Kieran, the protagonist of our story. He took off as soon as he was old enough to make his own decisions. Now, a more mature man, he’s back in his hometown to help his mother — an expert at deflection — pack up their family home and move his father into a nursing home. This is not a good time for their family.

And then a lifeless body is discovered on the beach.

None of the action could take place without the setting. You will know this beach town from the first few pages. You can smell the sea air and hear the roar of the waves — especially around the sea caves that loom large in the plot and the town’s mythology. The caves can only be entered at low tide, making them irresistible and dangerous. It’s an exhilarating place to explore the tunnels, make your move on a girl, and drink with your buddies. But it’s far too easy to lose track of time — and when the tide comes in, the caves flood, and there’s no way out.

It’s to author Jane Harper’s credit that you might find yourself Googling to see if the landmarks in the story — an infamous shipwreck, a poignant statue — are real. So we’ll save you the trouble: They’re not. Although there are more than 1000 shipwrecks in the waters around Tasmania, the one in Evelyn Bay, like the town itself, is fictional. Jane Harper admitted in an interview that she likes to create landmarks specifically for her books; it’s an effective illusion.

This is a gripping, well-constructed mystery, an ideal beach read to whisk you away to a compelling destination. But that suspense story is also a clever decoy for the real story: an exploration of guilt, grief, and how even the most beautiful place can be haunted by collective memory.

The Surf and Turf looked exactly the same as it had three years ago. Ten years ago, even. One whole side of the weatherboard building was still adorned by an outline of a giant crayfish, fashioned entirely from sun-bleached shells glued to the wall. A painted sign at the entrance read: IN HERE FOR FISH FROM THERE, with an uneven arrow pointing to the ocean that lay a stone’s throw from the outdoor dining deck. — Jane Harper