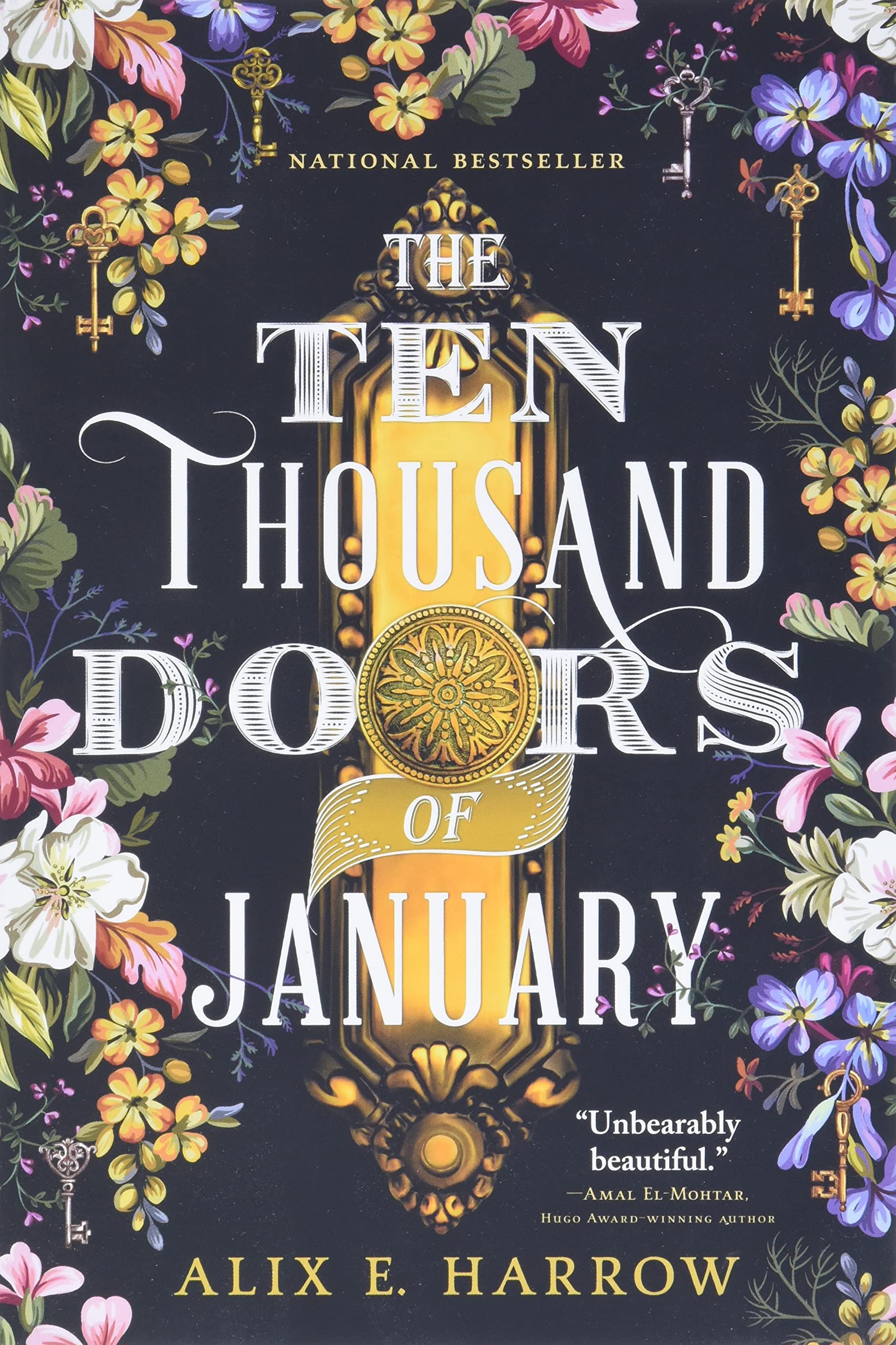 This historical fantasy (384 pages) was published in September of 2019 by Redhook. The book takes you to an artifact-stuffed house in Vermont. David read The Ten Thousand Doors of January and loved it; it wouldn't be on our site if he didn't recommend it.

The Ten Thousand Doors of January

This fairy tale and romance, set in the early 20th century, features a book within a book, hidden doors that move between worlds, villains with world-changing plans, and a wise, solitary, bookish girl. Do you really need to know more than that?

If yes, then how about this: It has a modern sensibility that goes after the patriarchy and has a few things to say about colonization, too.

January, our heroine and narrator, is a mixed-race girl living in a vast estate crowded with items from around the world. She is the ward of William Cornelius Locke, a wealthy industrialist and amateur archaeologist. The privileged Locke sends his employees worldwide to acquire treasures to bolster his expansive cabinet of curiosities — and January’s father works for Locke as an Indiana-Jones-type. Later, we find that January discovered a magical door when she was just seven, and — happily — adventures ensue.

One of the best things about this book — and there are many things to love here — is January’s voice. She’s a bit precocious, a little wistful, and charmingly forthright. It’s impossible not to be caught up in her escapades and to root for her to find her heart’s desire.

The author Alix E. Harrow said that this book is the result of combing a love of classic 19th-century children’s fantasy stories with ‘two years of graduate school interrogating those same texts as fantasies of empire.’ This book is her attempt to celebrate literary escapism and the whimsy of fantasy while also ‘exposing (and hopefully subverting) their horrors.’

This magical book succeeds on all fronts: a delightful tale with some teeth that gives you plenty to think about while punching you in the guts with big feelings.

Heads-up! The audiobook version — narrated by January LaVoy, a Broadway, TV, film, and voice actor — is lovely and engaging. This is just the kind of book you might want someone to read to you, perhaps with a cup of cocoa.

When I was seven, I found a door. I suspect I should capitalize that word, so you understand I’m not talking about your garden-or common-variety door that leads reliably to a white-tiled kitchen or a bedroom closet.

When I was seven, I found a Door. There — look how tall and proud the word stands on the page now, the belly of that D like a black archway leading into white nothing. When you see that word, I imagine a little prickle of familiarity makes the hairs on the back of your neck stand up. You don’t know a thing about me; you can’t see me sitting at this yellow-wood desk, the salt-sweet breeze riffling these pages like a reader looking for her bookmark. You can’t see the scars that twist and knot across my skin. You don’t even know my name (it’s January Scaller; so now I suppose you do know a little something about me and I’ve ruined my point). — Alix E. Harrow