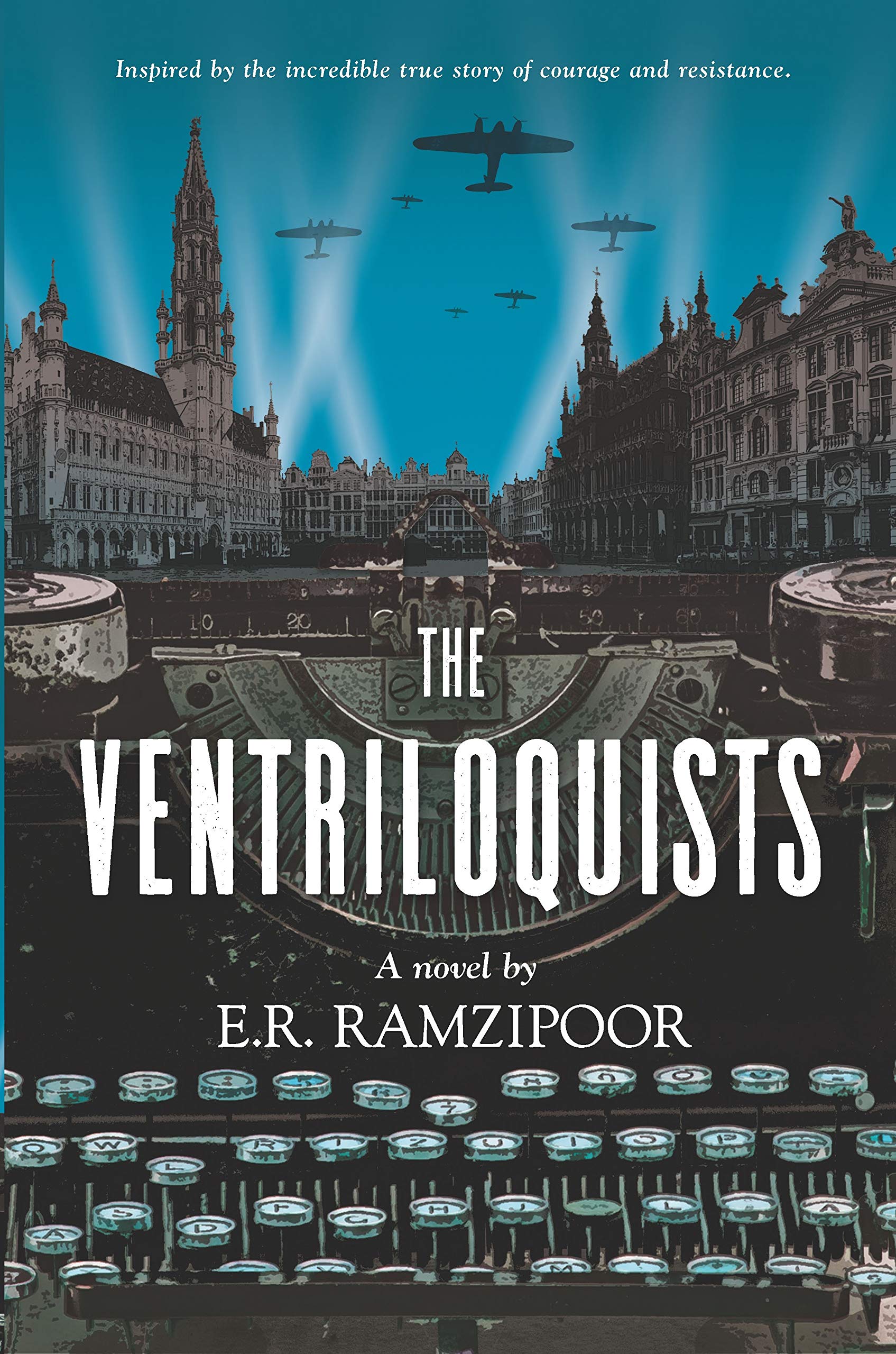 This story of journalism and resistance (544 pages) was published in August of 2019 by Park Row. The book takes you to WWII Brussels. Melissa read The Ventriloquists and loved it; it wouldn't be on our site if she didn't recommend it.

World War II novels rarely have happy endings. But this triumphant mashup of heist story, workplace drama, war saga, and spy tale comes close. Populated with complex heroes and tension that ratchets up by the minute, it’s moving and — what alchemy is this? — fun to read.

Here’s the setup, a lesser-known true story from the Belgian resistance: It’s 1943. Brussels is occupied by the Nazis, and they’ve co-opted Le Soir, the country’s most popular paper, as a mouthpiece for their propaganda. A Nazi bigwig, appropriately named August Wolff, has been tasked with swaying public opinion against the Allies. He hunts down and captures a group of underground journalists and gives them an ultimatum: They will write anti-Allies propaganda for Le Soir, and in exchange, he won’t kill them immediately.

But then the mischief begins. Our ragtag group of writers, editors, and other rabblerousing types decide to fill the pages of their newspaper with satirical articles and photos that mock Hitler. Sure, these will probably be the last pieces they ever write, but their literary shenanigans will return power to the Belgians via the gift of laughter.

Our wily, cynical journalists effectively become double agents, appeasing Wolff and producing their own newspaper in record time. We follow their escapades — often dangerous, sometimes sweet, always exciting — as time ticks down and the tension ramps up.

The kicker? All of this is true. The Faux Soir was a real spoof newspaper published in occupied Belgium on 09 November 1943. It was produced by a faction of the Belgian resistance and written in a style that ridiculed German propaganda — and resulted in significant Nazi retribution. But it succeeded, too. This little paper that could became a lasting symbol of the resistance and bolstered the spirits of the Belgians.

E.R. Ramzipoor deftly blends real-life heroes with fictional characters. We meet a young orphan who’s a delightful agent of chaos; a charming, jaded journalist; a bordello madame and smuggler with a secret, and various other troublemakers who use their gifts for thinking and writing to fight the Nazis. They’re basically nerd spies, and it’s glorious.

A neat framing device also layers a mystery on top of the journalistic proceedings, adding another emotional facet to the already-moving story. When the end comes, it’s very satisfying and, as you’d expect, a bit bittersweet.

Aubrion tossed me a few coins. I unbundled a stack of Le Soir from the pile at my feet, handing him a copy. Handling fresh newspapers, still warm and wet from the mouth of the presses, is a holy thing. I felt this as I passed the papers to Aubrion, and I could see that he felt it too: he unfolded Le Soir with a hunger that bordered on indecency. — E.R. Ramzipoor