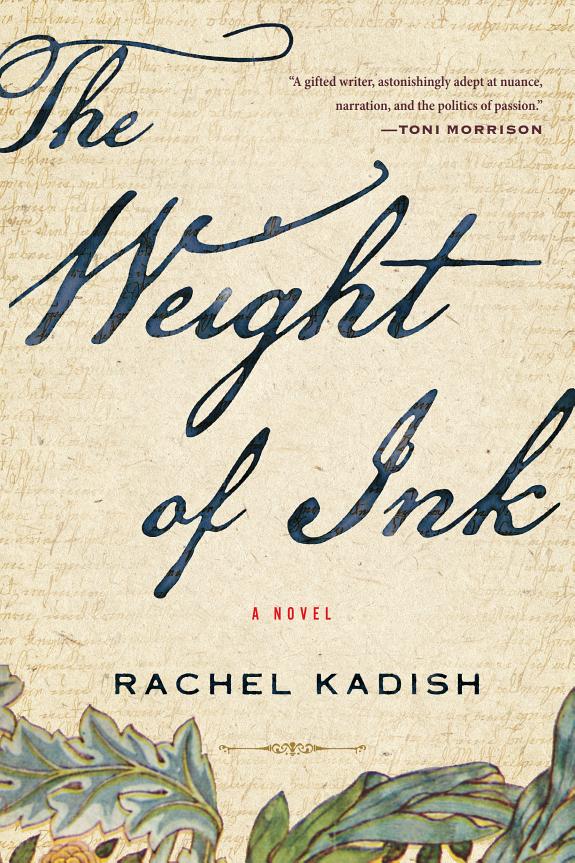 This historical novel (576 pages) was published in June of 2017 by Houghton Mifflin Harcourt. The book takes you to 17th- and 21st-century London. Melissa read The Weight of Ink and loved it; it wouldn't be on our site if she didn't recommend it.

The Weight of Ink

Prepare yourself to meet two extraordinary women in London, 400 years apart, but drawn together by their yearning for knowledge and their desire to be move beyond what society expects of them.

In 1660s London, Ester Valesquez is many things the world finds inconvenient: She’s Jewish, she’s an emigré from Amsterdam, and — the saints preserve us — she’s a woman. She’s also intelligent, inquisitive, able to read and write in Hebrew and Portuguese, and she’s committed with her whole being to learning.

Fast forward to 2000 to meet Helen, a British historian who’s suffering from Parkinson’s disease and has a deep love of Jewish history for secret reasons that only become clear later. She’s recently learned of a cache of 17th-century Jewish documents discovered in a wall during a home renovation. She recruits a Jewish-American grad student to help her decipher the texts, and soon, they’re in a race with another team of historians to identify the author of the documents.

This is like library Crossfit for nerds, as the dueling researchers face off in the archive library, compete to get their hands on the fragile documents, and translate the handwritten characters from Hebrew and Portuguese to modern English. The backstabbing and intrigue have all the drama, blood, sweat, and tears of a fight for the gold — in this case, a literary legacy that will save and break careers.

But underlying the competition is Ester’s heartrending story. For every triumph of discovery in the modern timeline, we see the events of Ester’s life that drove her to put ink to paper. The two threads are like a Greek chorus, commenting on each other and building the tension as the full story of both Ester and Helen’s lives is revealed.

Author Rachel Kadish seamlessly blends philosophical musings, feminist fury, and relentless curiosity with lush prose that somehow creates page-turning suspense and emotional moments that land direct hits to the solar plexus. It’s an epic story about how we find our self-worth, with two amazing women as our guide through the muddle to ourselves.

Yet though I saw myself straying ever farther from the path laid before me, I cried out then and still: why say woman may not follow her nature if it lead her to think, for must not even the meanest beast follow its nature? And why forbid woman or man from questioning what we are taught, for is not intelligence holy? — Rachel Kadish