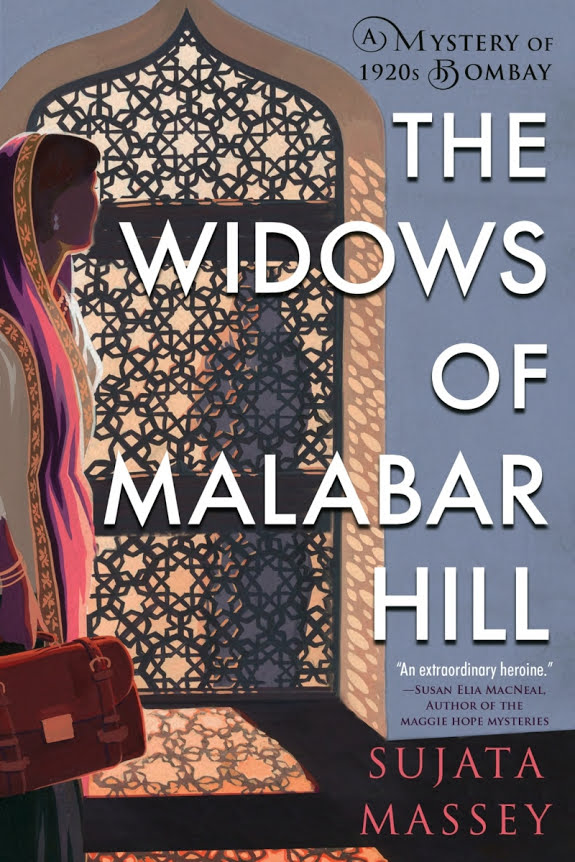 This murder mystery (400 pages) was published in January of 2018 by Soho Press. The book takes you to 1920s Bombay, India. Melissa read The Widows of Malabar Hill and loved it; it wouldn't be on our site if she didn't recommend it.

The Widows of Malabar Hill

In any other time and place, men and women alike would laud our heroine Perveen Mistry for her intelligence, grit, mastery of languages, and analytical mind. But in 1921 Bombay, India, she’s an affront to propriety.

She’s also a pariah at her law school, where she’s bullied every day by boys with half her brains and drive.

Happily, her father is a more modern thinker. After a stint at Oxford to earn her degree, she’s soon working on her first case at her father’s law firm: the last will and testament of a man with three wives, all of whom are listed as beneficiaries.

These widows are Perveen’s polar opposite. They live in strict seclusion — known as purdah — never speaking to men or venturing out into the city. They’ve formed an uneasy sisterhood, but resentment stirs under the surface of their cordial daily lives. When tensions in the household eventually lead to murder, Perveen is forced to overcome the terrors of her past and to go beyond the gates — and betrayals — of the house on Malabar Hill to reveal the culprit.

Not only do we get a spunky, determined heroine, this story is also packed with period detail about Zoroastrianism (the ancient Persian religion), women’s rights in early 20th century India, romantic courtship, the British imperial relationship to India, and family dynamics.

Author Sujata Massey nimbly juggles the procedural elements of the murder mystery with flashbacks to the violence in Perveen’s past to immerse us in the challenges (and contradictions) of being a woman in 1900s Bombay.

‘Razia, it seems that you are chained to some people and a large old house that you cannot fully enjoy,’ said Perveen. Razia looked warily at Perveen. ‘Is that not the meaning of family?’ — Sujata Massey

Every Friday, we share our favorite book- and travel-related links. This week, we've got the joy of estivating, Erin Morgenstern's book recs, Mexican cookbooks, behind the scenes at '70s Zoom, bookshop magic & more.