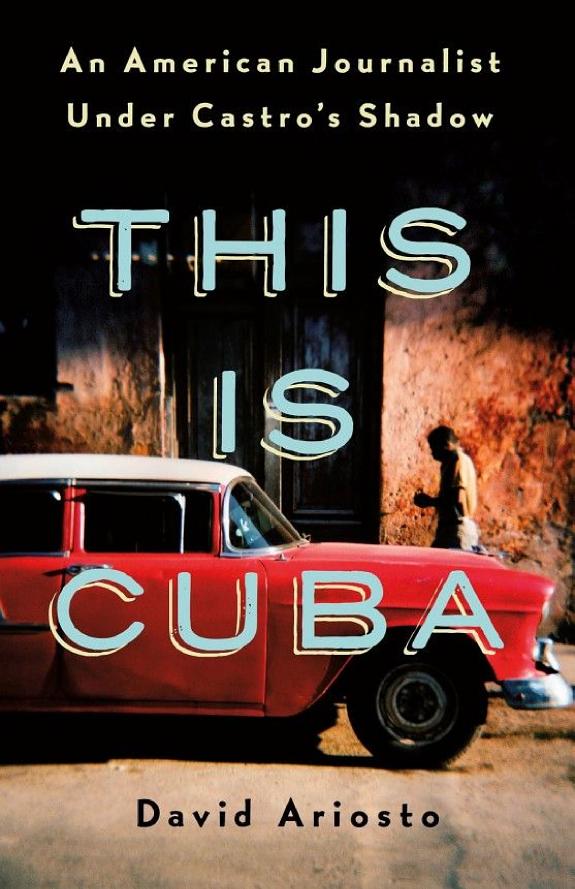 This journalistic memoir (304 pages) was published in December of 2018 by St. Martin's Press. The book takes you to contemporary Cuba. David read This Is Cuba and loved it; it wouldn't be on our site if he didn't recommend it.

An American Journalist Under Castro's Shadow

This mashup of literary memoir and investigative reporting is as satisfying as a just-mixed cuba libre: fizzy, not-too-sweet, and intoxicating — with a kick. Through photo-journalist David Ariosto’s eyes, we get a peek at the real Cuba, an island that’s as tough as it is colorful and alluring.

In 2009, the CNN reporter landed a plum two-year assignment in Havana. His narrative begins as an amusing fish-out-of-water story: There’s no A/C to be had in his residence, and his sink is stolen during a plumbing repair. Simple tasks like shopping for groceries or light bulbs or a spark plug for his scooter take on epic proportions.

But the story evolves over his nine-year stay into an astute report — with compelling first-hand insight — on what life is like in Cuba now. Much of the old Cuba is still there: sketchy spy types, migrants in dire straits, hand-rolled cigars, and black market trade, as well as other throwbacks to the Cold War, including military coups and suspected femme fatales. Ariosto experiences the restrictions on speech and privacy that still exist. But during his time there, he also watches Cubans embrace the arrival of the internet and satellite-dish entertainment. Sure, the vintage cars continue to roll down music-infused streets, but Cuba is no longer isolated from the rest of the world.

Ariosto introduces us to the larger-than-life characters that populate his world, including an unforgettable media mogul known for his skills pirating films and music, and a Cuban woman now happily living in the US who also misses the simpler freedoms of her homeland.

Bittersweet and hard-hitting, this is a nuanced look at everyday life in Cuba: steamy, romantic, dangerous, and infused with real-life noir.

I sipped an amber rum. Habana Club. Seven years. No ice. He palmed a Bucanero beer, half wrapped in a flimsy white paper napkin. Curls of Cohiba smoke wafted between us, giving the room a translucent look and an acrid taste. Castro was having a drink. And so was I. It was a Friday evening in late November 2010, and we were ensconced on opposite ends of a small subterranean saloon on the western outskirts of Havana. It was my last night in Cuba. — David Ariosto