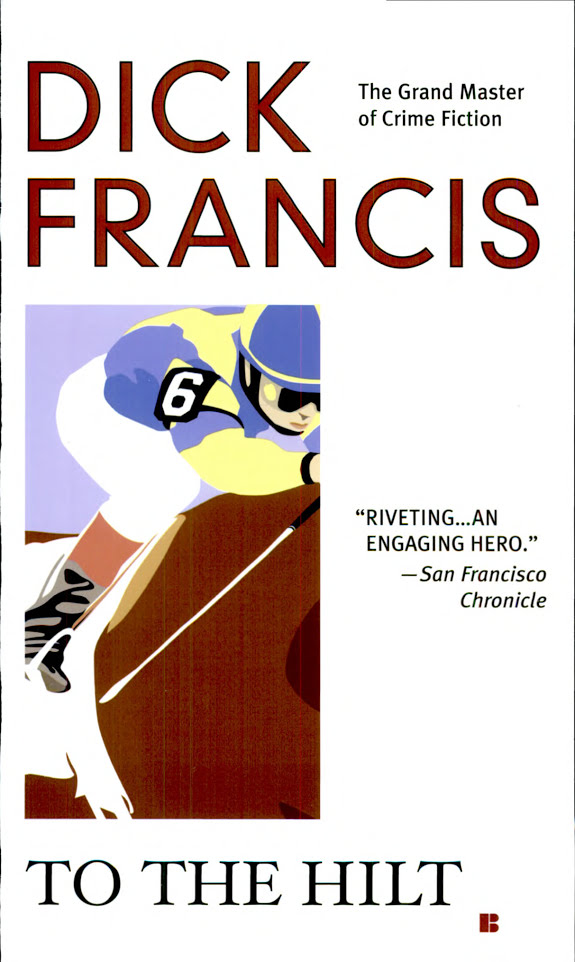 This murder mystery (352 pages) was published in September of 1996 by G.P. Putnam's Sons. The book takes you to the Scottish Highlands. Melissa read To the Hilt and loved it; it wouldn't be on our site if she didn't recommend it.

Our hero Alexander Kinloch, descended from Scottish nobility, wants nothing more than to be left alone to paint. An introvert to his core, he lives alone in a primitive bothy — without electricity or a telephone — where he spends his days painting canvases, playing the bagpipes, and wandering in the Highlands.

But when his stepfather is threatened with financial ruin — an assistant has absconded with the family brewery’s cash reserves — Al is forced back into society to bail out the family business. And the people he runs into are most uncivilized.

The ‘hilt’ of the title is the solid gold, jewel-encrusted hilt of a ceremonial sword owned by none other than the would-be king of Scotland, Bonnie Prince Charlie himself. It’s a tangible symbol of all that Al has tried to leave behind. Is that what everyone is after?

Dick Francis is the author of 42 thrillers, mostly set in the world of horse racing. The plot of this family-story-disguised-as-a-thriller turns on a thoroughbred called Golden Malt, the favorite to win the coveted King Alfred Gold Cup race. Where there are horses and family fortunes and Francis, you’ll also find ill-mannered thugs, spoiled offspring, a respectable father figure or two, and a no-nonsense woman who helps save the day.

All of Francis’ heroes are rock-solid and reliable, with more integrity than self-preservation. Al is formed in this classic mode. He’s intuitive, kind, irresponsibly stoic in the face of peril, and — much to the surprise of his family — a talented painter who deserves to be left to his mountain hideaway and his palette.

The fresh air and craggy mountains of the Scottish Highlands are vividly rendered; it’s easy to see why Al prefers his bothy to the too-tidy and too-precious flats of London. But like all good Francis heroes, he’s willing to risk the life he wants to help others in need.

I heard their heavy feet scrunching on the stony ground behind me but still didn’t truly believe in disaster until they clutched and spun me around and purposefully and knowledgeably punched. I had a sort of splintered composite view of intent, malevolent faces, of grey daylight reflecting on their incongruous glasses, of their hard bombarding fists… Neck chop. Jab to the ribs. Classic pattern. Over and over. Thud, merciless thud…

One of the men kept saying insistently, ‘Where is it? Where is it?’ but his colleagues made it impossible for me to answer. — Dick Francis