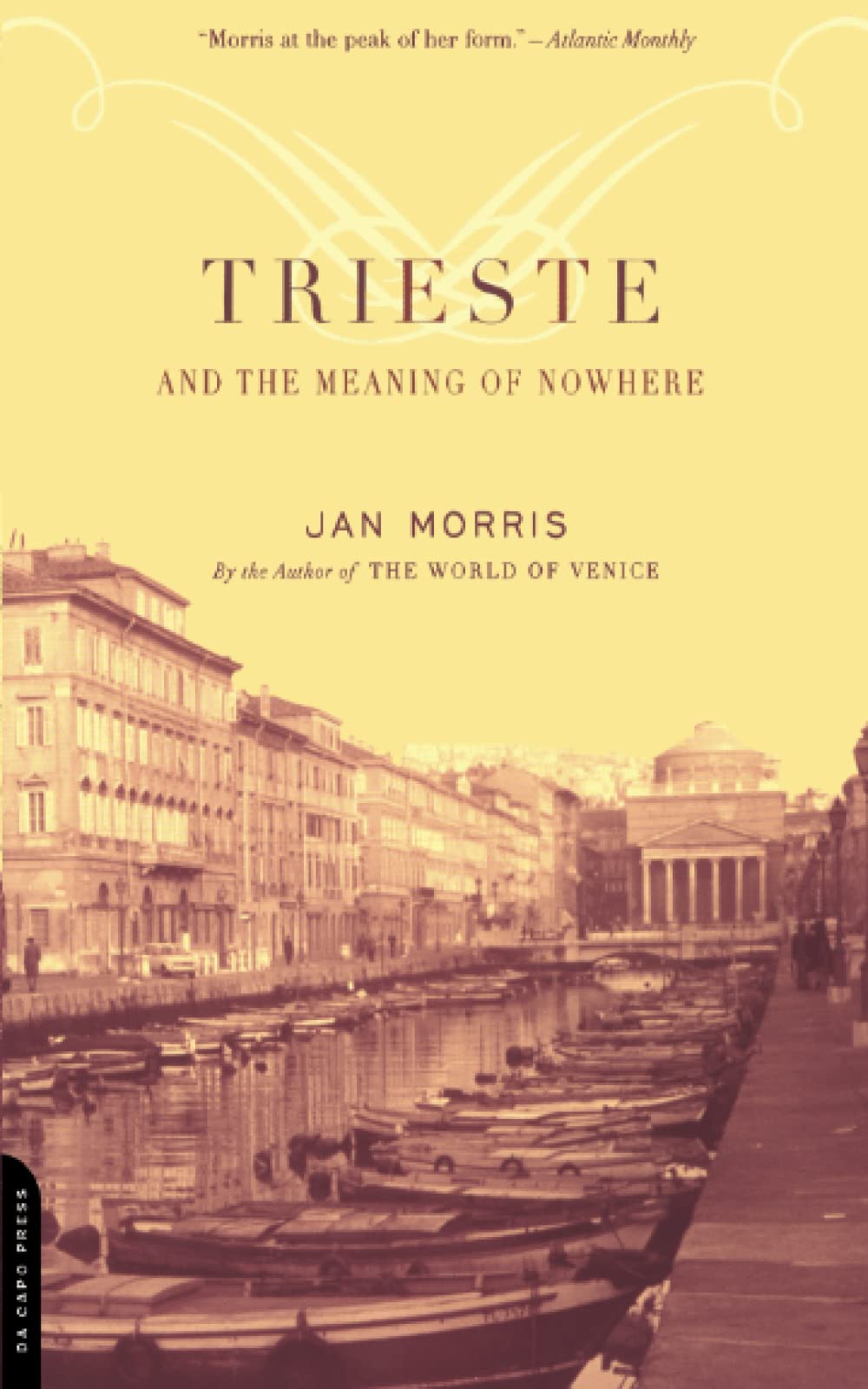 This lyrical memoir (203 pages) was published in September of 2001 by Da Capo Press. The book takes you to Trieste, Italy. David read Trieste and the Meaning of Nowhere and loved it; it wouldn't be on our site if he didn't recommend it.

Trieste and the Meaning of Nowhere

During the 94 years that British writer Jan Morris walked this Earth, she led a remarkable life. This moving portrait of a city is just one of her 40 books in which she explored the intimacies of place and how they shape us as humans.

Most people might not think to visit Trieste, a small city on the northeastern side of Italy. Walking distance from Slovenia and tucked into the far corner of the Adriatic, it’s not even part of Italy’s boot, for heaven’s sake. Though it once rivaled Hong Kong as a port city, it doesn’t have the romance of Venice, the history of Rome, or the art of Florence. It’s barely even Italian — the Austrians held Trieste for far longer.

There are parts of this book that feel as if the author Jan Morris is actively trying to talk you out of visiting, as when she points out that the writer Paul Theroux, recording his impressions of Trieste in 1995, used the adjectives ‘serious,’ ‘gloomy,’ ‘dull,’ ‘solemn,’ and ‘lugubrious.’

She shared her remarkably complex history with Trieste, having visited as a young man in the 1960s and later in her life, after gender reassignment surgery, as a mature woman.

Despite, or perhaps because of, this relationship with the city, she loved it. In her carefully rendered, if a bit dense, prose, she vividly describes being homesick for this place that was not her home and conveys a deep nostalgia for a time she did not see.

This was the last book she ever wrote, and she knew that at the time it would be, so it’s peppered with the kind of poignant reflections you might expect — and sharp insights that you might not. Throughout, she writes with intelligence, passion, and clarity, able to put on the page precisely what she found remarkable and how it made her feel.

It’s transportive and effective — you will feel that you’ve walked the streets of Trieste in the 1800s and mid-20th century with an erudite tour guide that might send you a side trip to Google. The experience of this journey is well worth the ride.

I write of exiles in Trieste, but I have generally felt myself an exile, too. For years I felt myself an exile from normality, and now I feel myself one of those exiles from time. The past is a foreign country, but so is old age, and as you enter it you feel you are treading unknown territory, leaving your own land behind. You’ve never been here before. The clothes people wear, the idioms they use, their pronunciation, their assumptions, tastes, humours, loyalties all become the more alien the older you get. The countryside changes. The policemen are children. Even hypochondria, the Trieste disease, is not what it was, for that interesting pain in the ear-lobe may not now be imaginary at all, but some obscure senile reality. This kind of exile can mean a new freedom, too, because most things don’t matter as they used to. They way I look doesn’t matter. The opinions I cherish are my business. The books I have written are no more than smudged graffiti on a wall, and I shall write no more of them. Money? Enough to live on. Critics? To hell with ‘em. Kindness is what matters, all along, at any age — kindness, the ruling principle of nowhere! — Jan Morris