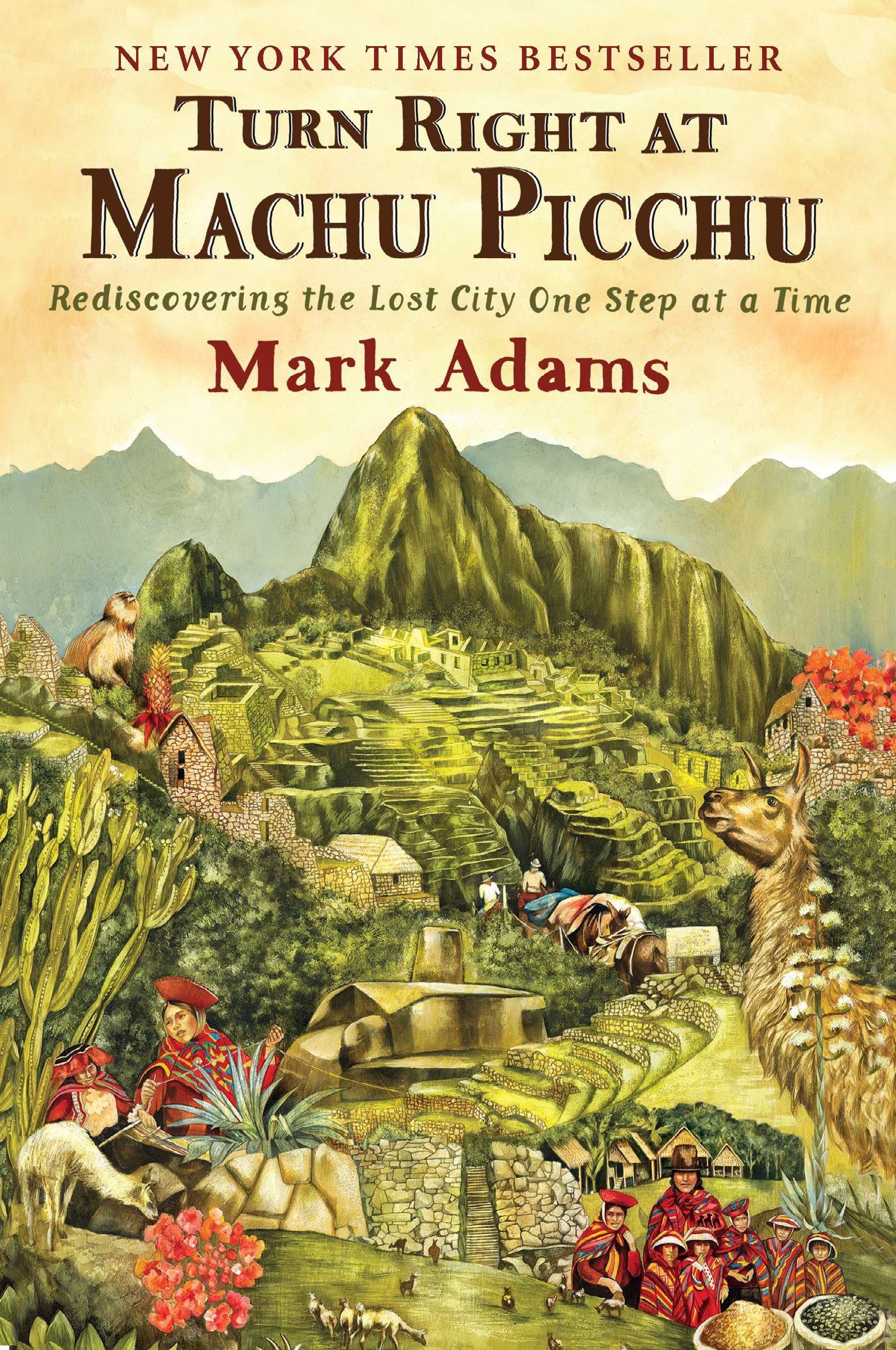 This exciting memoir (352 pages) was published in June of 2011 by Dutton. The book takes you to modern Peru. David read Turn Right at Machu Picchu and loved it; it wouldn't be on our site if he didn't recommend it.

Rediscovering the Lost City One Step at a Time

Mark Adams was a successful editor for National Geographic Adventure Magazine, spending his days at a desk, writing about thrilling excursions, but not taking them himself. Then one day, he decided he needed an adventure, and he set out to retrace the steps of Hiram Bingham, who introduced Machu Picchu to the rest of the world in 1911.

Adams’ trek took him over 100 miles on foot through some of the most beautiful and challenging terrain on the Earth. He was joined on his journey by 60-something, vastly experienced Australian explorer John Leivers, a real-life mashup of Indiana Jones and Crocodile Dundee. This unlikely duo hires a crew of porters and llamas and a cook, then they set out to conquer the Andes.

This book is far better than it needs to be. What could have been a humorous fish-out-of-water story is, instead, a moving and inspiring story with plenty of insight. Through descriptive, conversational prose, Adams gives us a solid write-up of Hiram Bingham’s life and adventures, as well as an excellent summary of the arguments about why Machu Picchu even exists.

Adams also gives us an inside look at his relationships with his guide and the crew. He’s transparent about how he gets his pride and his butt handed to him in Peru, and he shares the amazing things he sees along the way. He’s a wonderfully visual writer, so we see them, too.

Personal, informative, and suspenseful, this book is an exploration of Peru and its customs, history, politics, and food, as well as the story of a man who found himself by running away to the Andes.

On a globe it looks like a swollen California. Within that space, though, are twenty-thousand-foot peaks, the world’s deepest canyon (twice as deep as the Grand Canyon), unmapped Amazon jungle and the driest desert on Earth. — Mark Adams