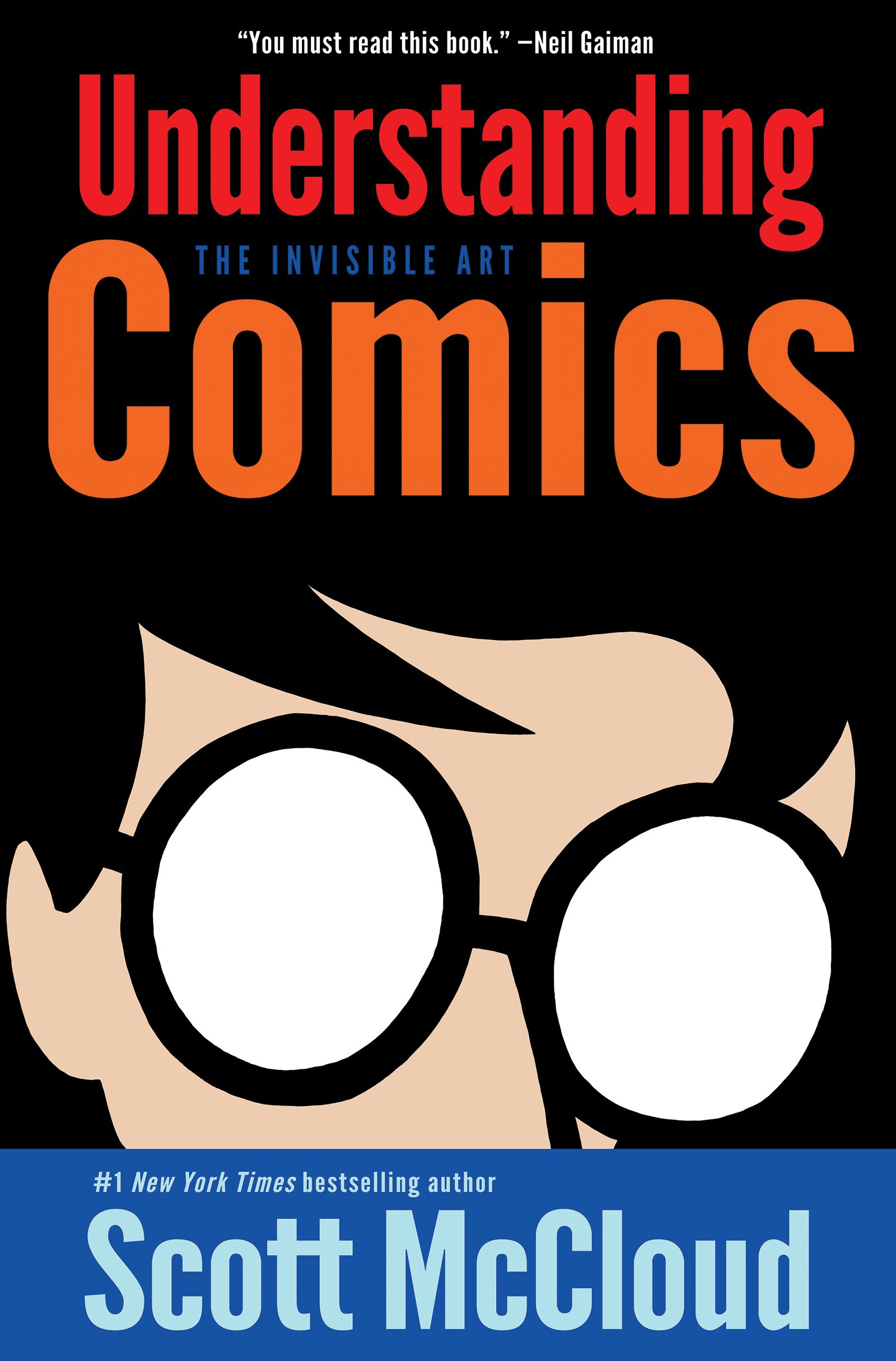 This illustrated nonfiction (224 pages) was published in April of 1994 by William Morrow Paperbacks. The book takes you to the colorful world of comics. David read Understanding Comics and loved it; it wouldn't be on our site if he didn't recommend it.

What better way to explain the impact of comics than with a comic? This nonfiction book — itself an example of impactful sequential art — traces the 3,000-year history of storytelling. Did you know it may all have started with a tapestry?

Scott McCloud is the grandmaster of comics theory, and this book is basically Comics 101 in the very best way. Told through his charming black-and-white panel comics, it kicks off by defining comics, a concept that’s much harder to nail down than you might think. Then delves how comics work.

What alchemy does the cartoonist use to merge together image and word — panel after painstaking panel — to deliver a sense of character and time and to develop a narrative that evokes thought and feeling? And why do we relate so hard to Charlie Brown?

The comic zips along at a brisk pace, exploring the technicalities (both constraints and freedoms) of panels, as well as the ways different art styles create various emotions. This is an intelligent deconstruction of how storytelling works, and it will enhance your appreciation and enjoyment of all types of comics from single-panels in The New Yorker and strips in the daily paper to manga, graphic novels, and journalistic comics.

We’re not the only ones who think so. Understanding Comics won multiple Harvey Awards in 1994: Best Graphic Album/Original Material; Best Biographical, Historical or Journalistic Presentation; and Best Writer. It also garnered praise in other languages — the Swedish Urhunde Prize (1996), Prix Bloody Mary at the 2000 Angoulême International Comics Festival in France — and continues to be on the must-read list for anyone interested in this art form.