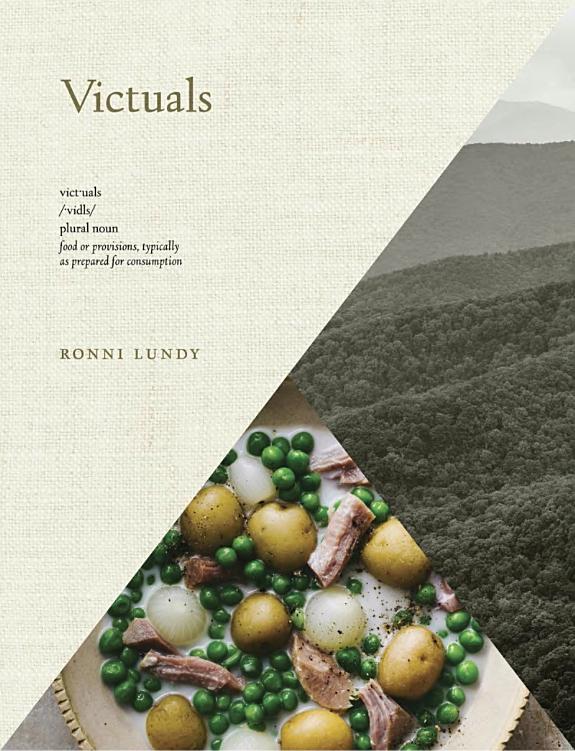 This travelogue and cookbook (320 pages) was published in August of 2016 by Clarkson Potter. The book takes you to Appalachia. Melissa read Victuals and loved it; it wouldn't be on our site if she didn't recommend it.

An Appalachian Journey with Recipes

Here are five words to sell you on this remarkable travelogue cookbook: Sweet and Savory Banana Pudding. That’s just one of the dozens of irresistible recipes in this collection of stunning photographs and life-affirming stories of foodies in the mountains, farms, and small towns of Appalachia.

Author Ronni Lundy is a legend in the world of Southern cooking. She’s a founding member of the Southern Foodways Alliance and has written ten books on Southern food and culture. For this book, she drove more than 400 miles of Appalachian backroads in a Chevy Astro, visiting home cooks, chefs, and farmers to learn how they’re bringing the old ways into the present.

Lundy was born in the tiny railroad town of Corbin, Kentucky; her family moved to the big city of Louisville a few years later. They referred to Corbin as ‘up home,’ and she says she didn’t grow up in the mountains, but is of the mountains. This allows her to be a sharp observer, bringing deep affection and a curious nature to the conversations that give this book its heart.

The recipes and stories are organized around keystone ingredients like salt or corn or beans. Each section opens with a profile of someone passionate about Appalachian ingredients. There’s a farmer whose cornmeal and grits are so sublime, customers drive hours to stock up. And Ian Boden, the founder-chef of the restaurant The Shack in Staunton, Virginia. His menu combines local ingredients with his Jewish Eastern European roots. He is the genius responsible for the aforementioned Sweet and Savory Banana Pudding. (Recipe here; treat yourself.)

Charming essays sprinkled throughout. You’ll meet a chef named Travis whose arms are covered in food-related tattoos: a butcher’s illustration of a pig, a garden of fruits and vegetables. Dare you not to be charmed by the author’s rules (and recipe) for Chili Buns: ‘Buns should be soft, not toasted.’

Like the literary equivalent of swapping stories while shucking corn, this book is friendly, welcoming, and filled with real talk. It’s also beautifully photographed: The food looks like something you want to eat right now, and the people look like people you’d be happy to find at your table.

The pages are filled with meal ideas and recipes that don’t require mad cooking skills — but produce food that’s so delicious, you’ll be saying It’s so good over and over with your mouth full.

I had a little rocking chair out on the porch where I joined the women on summer afternoons as they taught me how to properly string a bean while they told stories. I sat next to Johnnie in the swing as she sliced sourish June apples for drying — my mouth watering as I dreamed of the crisp fried apple pies my aunt Minnie would make come fall… I was urged to eat my fill at the tables teeming with summer squash, sliced cucumbers, simmered beans of many kinds, and corn cut straight from the cob only moments before it landed in a bacon-scented skillet. — Ronni Lundy