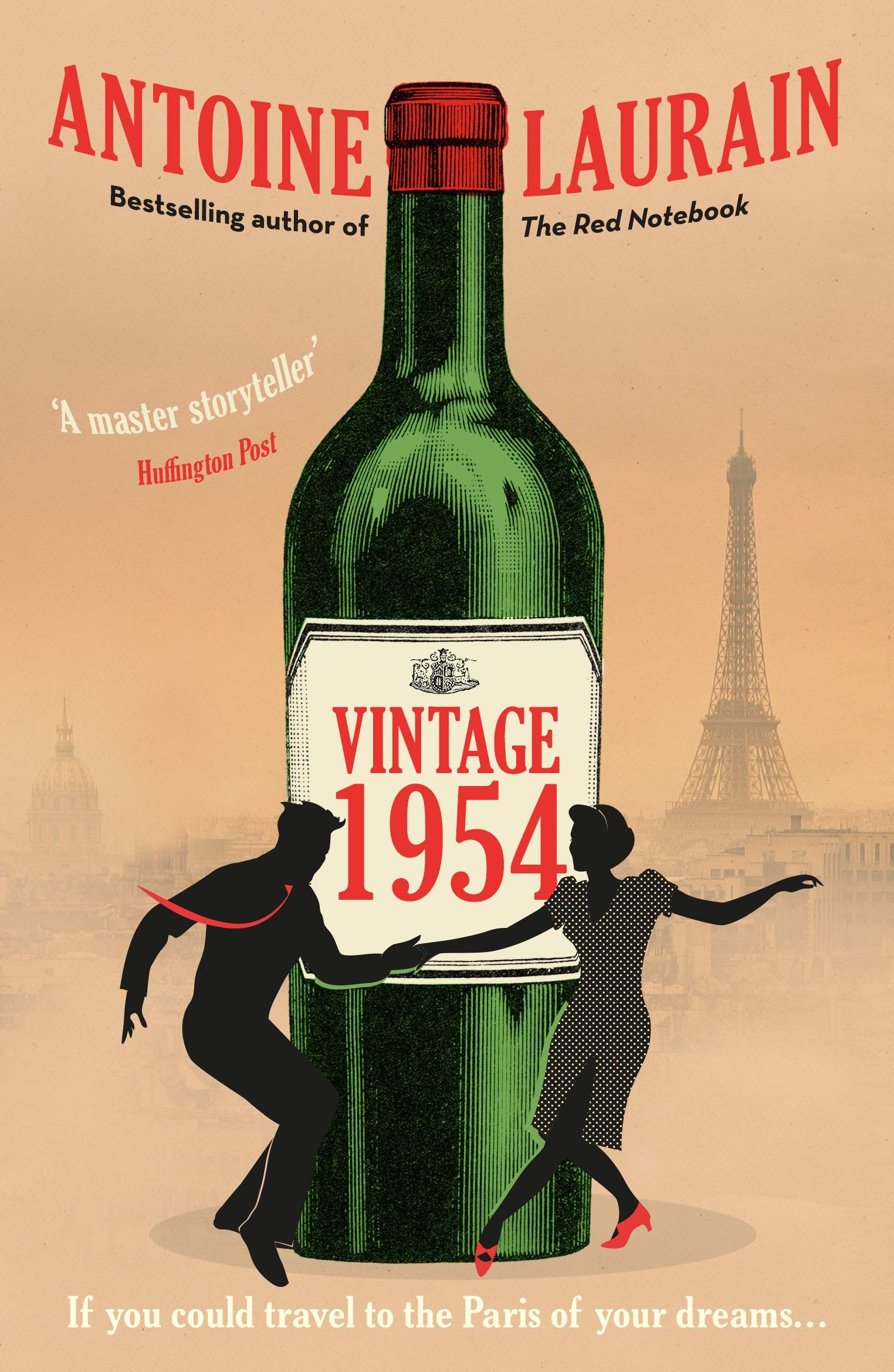 If you’re looking for the ideal book to conjure the romantic Paris of your daydreams — and you’re attracted to adjectives like whimsical, madcap, effervescent, and wistful — this is the novel for you.

The story starts in 2017 in an apartment in Paris. A group of people, some of whom are well-acquainted and others who have just met, are sharing a vintage bottle of Beaujolais from 1954. There’s a gothy antiques restorer, an American named Bob (naturally) from Milwaukee who’s visiting the City of Lights for a personal and poignant reason, a cocktail mixologist, and the host, a très français Frenchman who is unused to hosting company.

But something magical is happening this evening. The wine flows, as does the conversation. Perhaps the stars have aligned just right to form lasting friendships. They part on the warmest of terms — and the next morning, they all wake up in Paris of the 1950s.

As our confused heroes try to sort out just what has happened to them, we explore at their sides — Harry’s bar, the Eiffel Tour, the Louvre, and, eventually, the French countryside and the vineyards of Chateau Saint-Antoine. Along the way, they (and we) run into Parisian stars of the past (including a clinking of glasses with Audrey Hepburn).

The story is as light-infused as a spring day in the Tuileries Garden, but don’t be fooled by the glow; it also tackles the weight of family secrets, fear of new romance, the tender hope of found family, and the allure (and dangers) of adventure. Warning: This feel-good read will make you homesick for Paris, even if you’ve never walked its cobbled streets.

My friends, we are about to drink more than a wine: we’re going to drink a bygone era. A liquid that’s been in this bottle since 1954. This bottle was laid down in a different France, a different world. Back then, it was the Fourth Republic… people were going to see the films of Jean Gabin and were listening to Edith Piaf sing on the radio; few French people had televisions, and more than a quarter of the population lived off the land. All that is contained in what we are about to drink… To a bygone age! — Antoine Laurain

Every Friday, we share our favorite book- and travel-related links. This week, we've got the lost library of Russian tsars, Joséphine Baker, Phantasmagoria of the Enlightenment, a village frozen in time, and more.