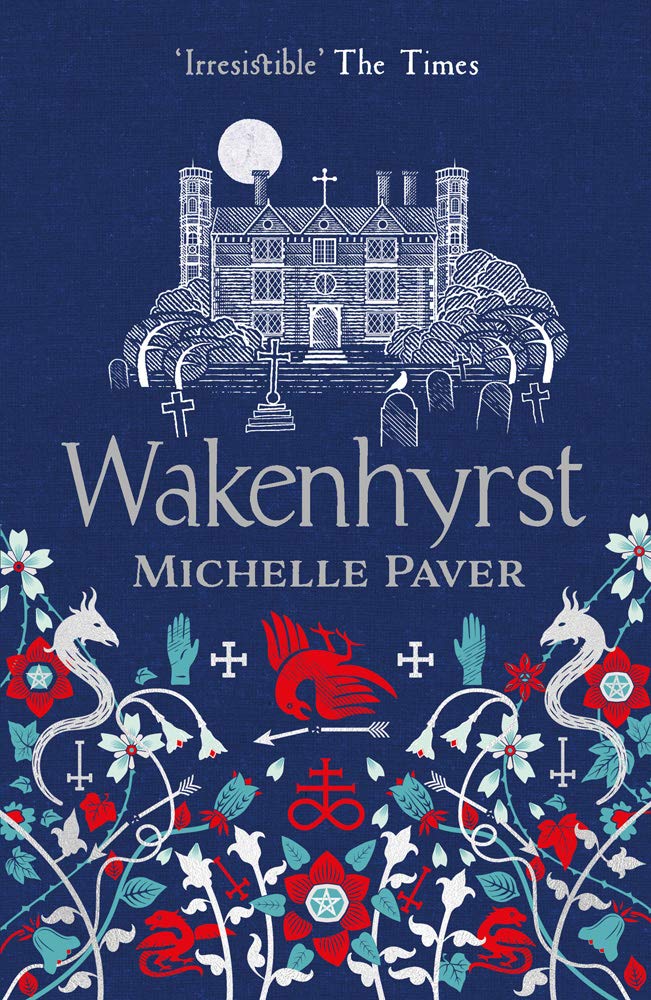 This Gothic thriller (304 pages) was published in November of 2019 by Head of Zeus. The book takes you to manor house in Edwardian England. Melissa read Wakenhyrst and loved it; it wouldn't be on our site if she didn't recommend it.

Our heroine Maud — feisty, put-upon, and about seven shades too curious — lives with her father, her two brothers, and a gaggle of servants in Wake’s End, an Edwardian manse on the edge of a wild fen. It’s 1906. Her mother is dead, and her father Edmund sees demons everywhere he looks.

Outside the walls of their home, Edmund Stearn is a revered historian. But inside the house, he’s a tyrannical taskmaster with unbreakable rules. As Maud explains, ‘part of making Father proud was obeying his every word.’ Which includes never running in the garden, always being silent downstairs, and no animals in the house. (Servants are instructed to drown any cats found on the property.) Maud skirts this restriction by developing warm feelings for the taxidermied bats kept under a glass dome in her father’s study.

This is one of many quirks that make Maud unlike any other heroine you’ve met — a singular and appealing blend of Jane Eyre, Alice in Wonderland, and Wednesday Addams. She’s necessarily sneaky, unabashedly inquisitive, and desperate for attention and love.

One day, while slinking about her father’s study, Maud discovers his private diaries and takes the only reasonable action: She reads them. 15th January 1911. Last night I had the dream again. WHY? Just like that, Maud is caught up in the secrets of a gruesome murder as she struggles not with the question of who did it but why.

The mystery unfolds through two narratives: Maud’s unusual and heartbreaking upbringing and the increasingly unhinged entries from her father’s journals. The story gracefully weaves together threads of witchcraft and demonology, a Hieronymus Bosch-esque painting (with ‘tiny malevolent faces’ that were ‘painted in such obsessive detail they could be alive’), the folklore of the fens, and various hauntings of both a ghostly and emotional nature.

Author Michelle Paver is a British novelist perhaps best known for her children’s fantasy series Chronicles of Ancient Darkness, set in Stone Age Europe. In this novel for adults, she brings her deep understanding of children’s psyches to Maud with brilliant results. Her prose is lyrical and evocative; you will hear the unnatural scratching in the walls at Wake’s End and smell the damp decay that permeates every room. And you will hope — with desperate, fervent hope — that Maud will find her way to peace and freedom.

She always liked how Wake’s End looked from outside. Its bumpy roofs were splashed with orange lichen, and its dormer windows poking from the attics looked like eyebrows over its shaggy green ivy-clad fence. The ivy kept Maud safe, and now she befriended the creatures that lived in it: wasps, spiders, whole families of sparrows. She would lie in bed watching the rustly green light filter through the leaves and listening to magpies stomping about on the roof. The old house was home to thousands of wild creatures. Not even father could evict them. — Michelle Paver