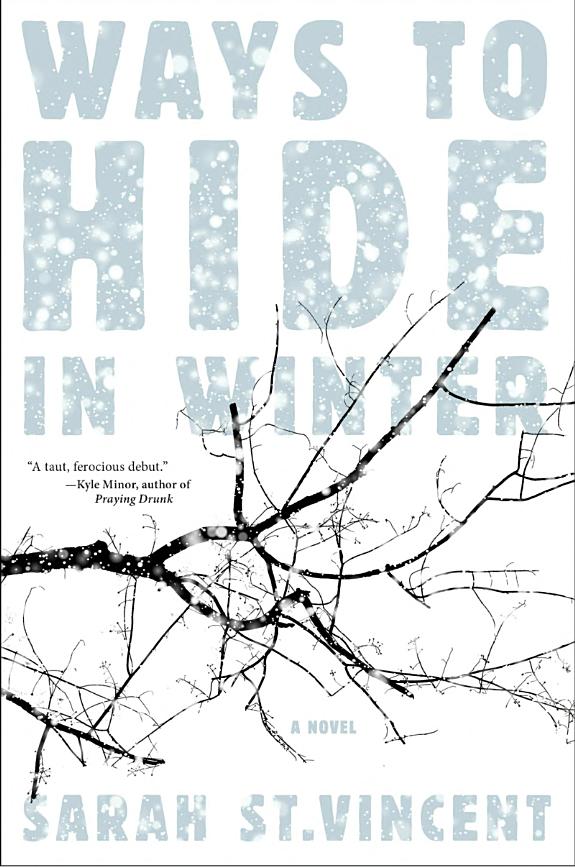 This atmospheric thriller (240 pages) was published in November of 2018 by Melville House. The book takes you to the Blue Ridge Mountains of Pennsylvania. Melissa read Ways to Hide in Winter and loved it; it wouldn't be on our site if she didn't recommend it.

Ways to Hide in Winter

In this atmospheric novel, two characters from opposite sounds of the world — both vulnerable and in various degrees of danger — turn to each other out of desperation, loneliness, and a recognition of a like soul. Their uneasy alliance plays out in unexpected ways during a blustery winter in the mountains of northeastern Pennsylvania.

Kathleen is 26 and newly widowed. She hides away in a tiny convenience store on the edge of a state park, cooking hamburgers and scooping ice cream for the deer hunters and hikers who pass through. But it’s winter now, and the vacationers are long gone. She revels in her personal exile and the repetition of her routine. Until one day, it’s blown open by the arrival of a stranger. What is a young man from Uzbekistan — with flimsy shoes and empty pockets — doing in this isolated, rural place?

Despite her methodical means of cutting herself from most other humans, Kathleen is intrigued by Daniil. The two of them — introverted, secretive, jumpy — develop a complex and tenuous relationship. As the story progresses, Kathleen’s history is revealed, and her alternating bouts of crippling fear and devil-may-care risk-taking begin to make sense. Daniil slowly reveals that he, too, has been keeping devastating secrets that put them both in danger. Can Kathleen protect him? Can she protect herself?

Breathtakingly beautiful and a bit sinister, the Blue Ridge Mountains are vast and untamed — a good place to disappear, but a bad place to get lost. The mountains, thick with trees, craggy rocks, and deep lakes, are like walls that enclose the landscape and the people. There’s also a sense of entropy and claustrophobia that envelops the area. As one of the characters remarks, ‘Just because you’re used to this place don’t mean it ain’t dangerous.’

Author Sarah St. Vincent grew up in rural Pennsylvania, and she knows this terrain. She gives Kathleen’s first-person narration a precise, raw quality that’s captivating, sometimes bleak, always empathy-inducing. We want to know her, even when we don’t necessarily like her. And by the end of the story, we understand it all.

The propulsive plot and remote setting keep the suspense at a tense hum. But Kathleen and Daniil’s backstories transform this thriller into a nuanced examination of violence, rural America, and the quest for redemption in the wake of tragedy.

There were two lakes in the park, Laurel and Fuller, both of which stood where the quarries had once been. When I was a child, bits of blue and green slag from the old iron smelter had still washed up on the sand that had been trucked in. My brother and I would walk along the shore and collect them, along with pebbles and snail shells and shining fragments of charcoal. Laurel was the shallower of the two and was always crowded in summer—small children with their mothers, Boy Scouts, softball teams, fishermen. Laurel had pavilions and grills, fire pits… Fuller was where, when I was sixteen, I would lie on the sand late at night, long after the park had closed, and look up at the stars in their endless, stoic expanse. — Sarah St.Vincent