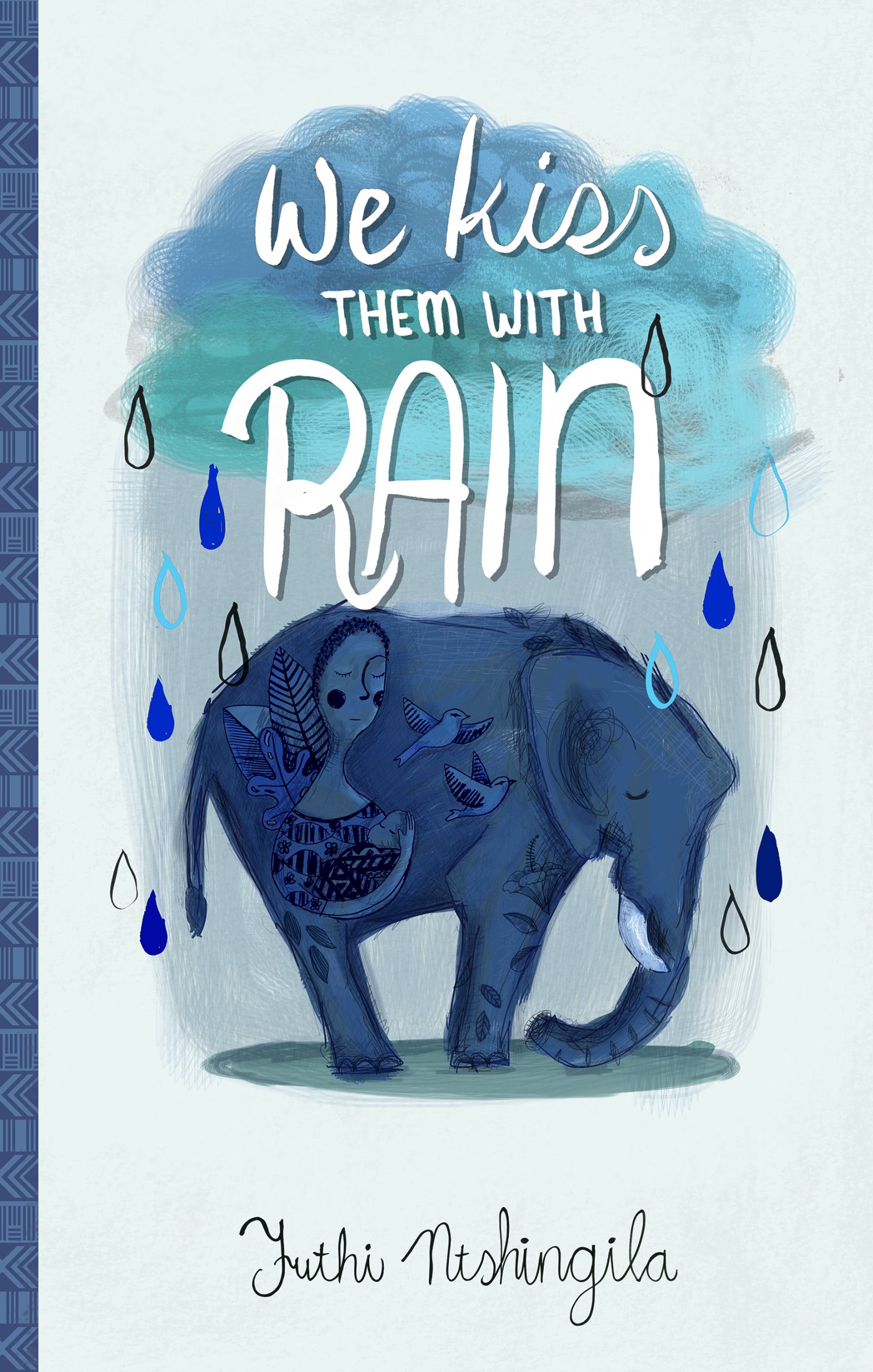 This coming-of-age story (172 pages) was published in February of 2018 by Catalyst Press. The book takes you to a squatter camp in Durban, South Africa. David read We Kiss Them with Rain and loved it; it wouldn't be on our site if he didn't recommend it.

We Kiss Them with Rain

This is a young adult novel, but it’s one of those YA books that makes you wonder if the author knew she was writing a YA book. That is a compliment. This story delves into themes that a 14-year-old girl shouldn’t need to know — and it’s very affecting.

When the story opens, it’s 2005. Mvelo and her mother Zola have just been turned down for government support by a hungover and bitter bureaucrat. As the conversation winds down, she says, ‘Now, shoo.’

Instantly, their position in the hierarchy of South African society is made painfully clear.

As the two walk back to their shack in a squatter’s camp — funds for things like taxi rides being far out of reach — we learn why their pace is so slow and labored: Zola is HIV-positive. Later, they spend the last of their money on a pack of Oreos. Sharing the cookies and tea, they talk about when times were better. Mvelo relates a story that makes her mom laugh and steals our hearts in the process.

This book is a tough ride. But, if you’re curious about what it’s like to be poor and discriminated against in South Africa, this book will take you there. The narrative shifts back in time, and we see how the mother-daughter duo came to their current circumstances. And eventually, Mvelo’s situation improves. Her story is ultimately about hope and strength of character and found family. But not before she (and we) have been put through the emotional ringer.

Author Futhi Ntshingila has points to make about poverty, social inequity, sexual politics, and AIDS — and how they all feed one another. She painstakingly tells the story of Mvelo and Zola’s decline in fortune, their inevitable crash, and the long climb up again.

After Sipho’s funeral, things became progressively worse for Mvelo and her mother Zola. Mvelo was young, but she felt like an old, worn-out shoe of a girl. She was fourteen with the mind of a forty-year-old. She stopped singing. For her mother’s sake, she tried very hard to remain optimistic, but hope felt like a slippery fish in her hands. — Futhi Ntshingila