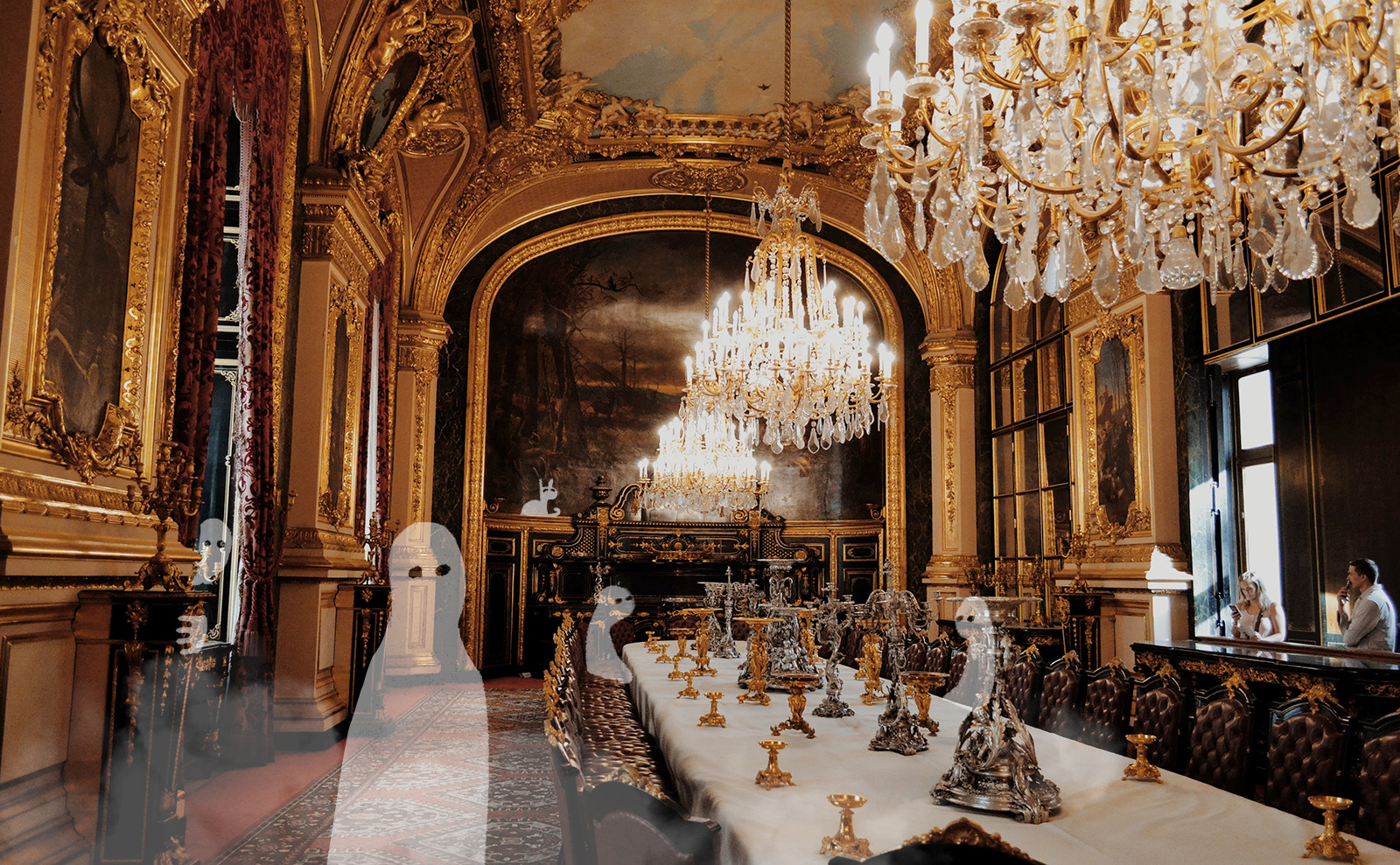 Every Friday, we celebrate the weekend — and all the reading and relaxing and daydreaming time ahead — with Melissa's favorite book- and travel-related links of the week. Why work when you can read fun stuff?!

Before the Louvre in Paris was the world’s most iconic museum, it was a palace, home to kings, emperors, ministers, and courtiers. This is the dining table from the apartments of Napoleon III, circa 1861. To learn the story of the ghost that haunts the Louvre, we must travel back to 16th-century Italy to meet Catherine de’ Medici. She was an Italian noblewoman who became the queen consort of France (1547 until 1559) and lived at the palace in Paris. She’s a controversial figure. Known as the ‘serpent queen,’ she wielded much power but was also blamed for the atrocities committed during her sons’ reigns. Her own crime? The murder of Jean l’Ecorcheur, a.k.a., Jack the Skinner. According to scuttlebutt, Jean (a butcher by trade) was the queen’s most trusted assassin, hired to kill her political foes. But she feared Jean knew too many secrets about the royal family and ordered his murder. After his untimely death, he returned to haunt the royal family and was dubbed the Red Man of the Tuileries. It’s said he can still be seen, dressed in red, striding through the museum and nearby gardens. Napoleon III claimed to have seen the ghost in 1815, perhaps in this very dining room. Read more terrifying tales from the world’s most haunted museums.

Creepy or cool? A hot air balloon shaped like a giant floating head was spotted above a park in Tokyo. The project was designed by the Japanese art collective mé. pic.twitter.com/XyqtEoCfbn

There are so many pretty places in Scotland on film: Harry Potter, James Bond, Hamlet, and more.

Hope you learn something that happily surprises you this week.

Every Friday, we share our favorite book- and travel-related links. This week, we've got the beach in winter, vampire and Gothic novels, chocolate bars inspired by classic lit, Goodreads vs. Storygraph, and more.

Every Friday, we share our favorite book- and travel-related links. This week, we've got Green Apple Books, hotels of the world, the allure of tiny books, ebooks vs. print, the history of animal prints, and more.