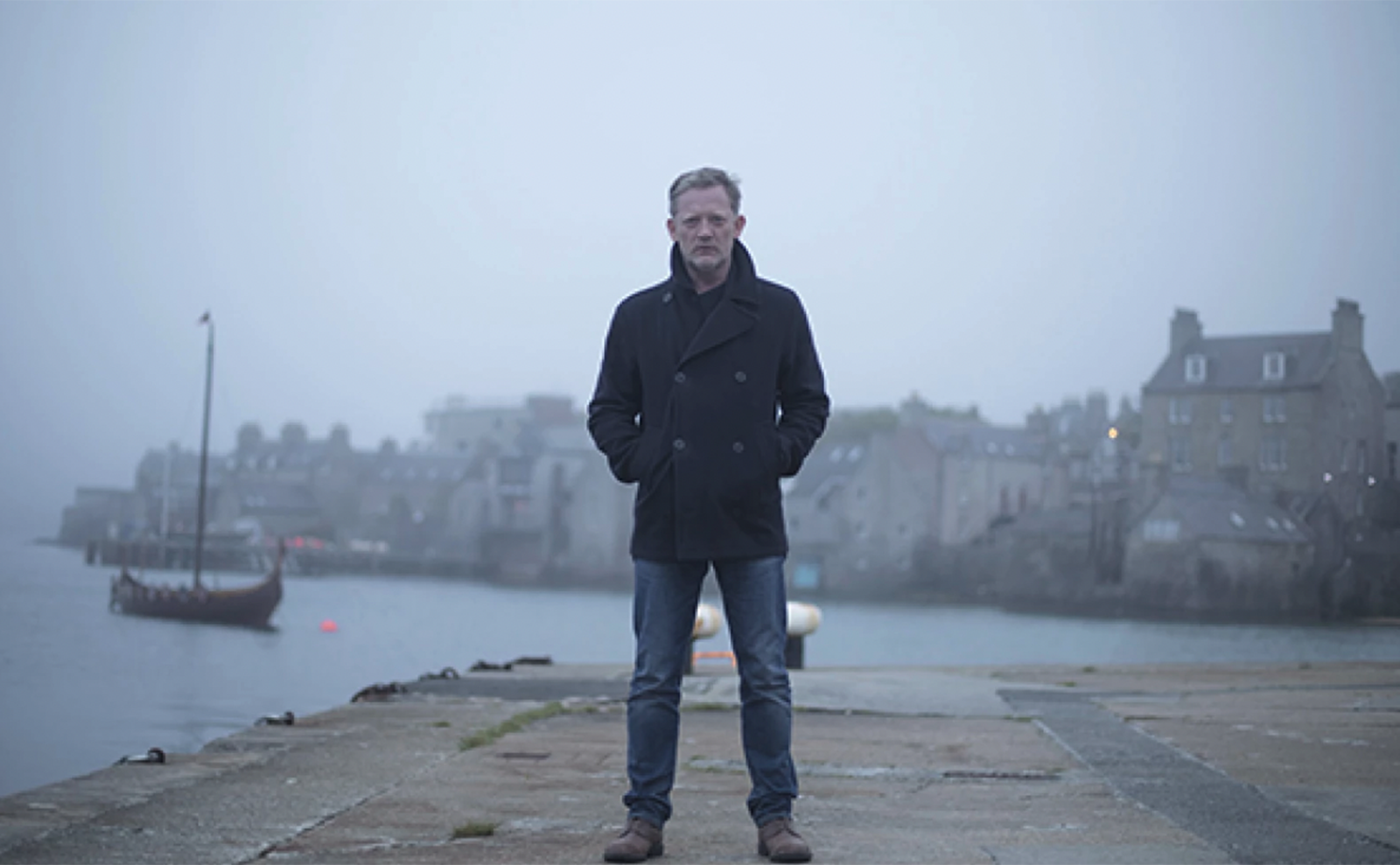 Melissa: Coming up, a new spy thriller from a long-time favorite author.

David: A Victorian spiritualist tries to solve a mystery using her special skills.

Melissa: Plus our Distraction of the Week. I’m Mel.

David: I’m Dave. This is The Library of Lost Time. [exciting sound effect]

David: Welcome to a slightly revamped version of The Library of Lost Time. We wanted to make a few changes to this podcast. We asked you all what you thought. We heard from hundreds of people. Thank you so much for taking the time to respond. The biggest change we’ve made is to focus on making this an audio-only production. That gives us a little more freedom to make this as good as it can be. Mel and I can spend a little more time talking to each other, share more about the books we found and the distractions we’ve enjoyed. We hope you like what we’ve done with it. As always, you can find us at StrongSenseofPlace.com/email if you want to tell us what you think. And now onto the show.

Melissa: My new book recommendation this week is Portrait of an Unknown Woman by Daniel Silva. I am a long-time fan of the series of spy thrillers starring master spy Gabriel Allon.

David: Yeah, you wait for it to come out every year.

Melissa: I do. Every July, I have my own personal holiday to read the new one. This year did not disappoint. So a little bit about Gabriel. He runs a team of spies who are talented and very tough. They’re Israeli spies. They’ve seen some stuff. They are always on the side of the angels, usually fighting terrorists. And their missions have lots of moving parts where something can go wrong at any moment. These books are the definition of page-turner. But what keeps me coming back is Gabriel. Here’s his story. He’s one of the world’s wiliest spies. He has successfully assassinated many terrible people. But he always does it reluctantly and very somberly. He’s not a gleeful assassin. And this is my favorite part. His cover is that he’s the world’s foremost art restorer.

David: He has quite a combination of skills, that guy.

Melissa: And metaphor! He repairs paintings and people and maybe himself, by making the world a safer place. This book is number 22 in the series.

Melissa: Yes. And it’s all about art, theft, forgeries, and family. No terrorists in this one. Gabriel has retired from the spy game. And he’s living his best life in Venice.

David: But it gets called back for one last mission.

Melissa: Exactly. An old friend draws him into a glamorous, globe-trotting caper. Along the way, we join him and his team as they jetset to Corsica, Rome, London, and France, where they visit both Paris and Bordeaux. I didn’t know much about Bordeaux, but I did a little googling and now I feel like my life will only be complete if we go to the Bordeaux Cathedral and sip a glass of wine afterward at the cafe nearby.

David: That sounds awful, but I’m willing to do it.

Melissa: Ok, thanks. I devoured this book in one day because I couldn’t put it down. It’s Portrait of an Unknown Woman by Daniel Silva.

David: So there’s 22 of those. Do you need to read them in order? Because that’s a lot of catching up.

Melissa: That is a lot of catching up. I believe that you could read this one without having read the others and really enjoy it. If you wanted to do an epic reading project, I have read most of the books all the way through. Twice.

Melissa: And it was great both times. So if you want to go deep, you could do that. But this one definitely stands on its own.

David: My book this week is A Dreadful Splendor by B.A. Meyers.

Melissa: I’m in already just from the title.

David: The cover is really nice too, but also this book screams you all over. I think I would also enjoy this book, but I was — this is your kind of thing. This is a gothic murder mystery set in London in the 1850s. It starts with a spiritualist, Genevieve Timmins. She made a living, swindling wealthy mourners until the police caught up with her. And now she’s facing the noose. She’s going to hang.

David: Yeah, but she gets a visitor, and the visitor says, ‘We can get you a reprieve, but you have to perform a sentence for my Lord. Mr. Pemberton.

Melissa: He has been inconsolable since the tragic death of his beautiful bride to be. Genevieve agrees. And then she meets Mr. Pemberton. It does not go as she expects. He says that his fiancee was murdered. [sinister piano] He wants to get to the bottom of it and he proposes that together, they stage a haunting that’s so convincing that it will bring the killer into the light.

Melissa: How am I not reading this right now?

David: I know, right? And that’s act one. This is the first book intended for adults from BA Miers. She’s written a couple of series of Y.A. books, all of which were pretty well received. She’s from Nova Scotia. She lives in Halifax. The reviews on this have been great. A few of them mentioned that there are some wild plot turns at the end. I feel like this is the perfect time of year to get involved with a spiritualist and a Lord as they try to stage a sounds to unveil a murderer. It just came out this week. It’s A Dreadful Splendor by B.R. Myers. And now our distraction of the week.

Melissa: I am 100% taken with the TV show Shetland right now.

Melissa: Sometimes when I’m making lunch, I think about the fact that I’m going to be watching an episode later and I get really excited. [laughter] I know that’s kind of sad, but also that’s how much I’m enjoying the show. Okay, here’s the deal, everyone. It’s a detective show that combines the moody crimes of Scandi-Noir and the small-town relationships of a cozy mystery. And it has a very strong sense of place. It’s set in Shetland. That’s an archipelago found in the North Atlantic between Scotland and Norway. Shetland is so far north that if you swam west from the top tip of the Shetland Islands, you would eventually run into Greenland.

Melissa: Yeah. The closest city on the mainland is Aberdeen, and the commute takes 12 and one half hours on the ferry. The show is based on a wildly popular series of novels by Ann Cleeves. I read the first book. It’s called Raven Black, and I enjoyed it, but the TV series just really hooked me. And I think that’s down to two things. One, the lead detective character and two, Shetland’s really stunning landscape.

David: I also really like the sort of interplay of the team there. That’s one of my favorite things is that they like each other and they get along, and they’re supportive of each.

Melissa: And they trust each other. Like if one of them does something kind of boneheaded, instead of having a knockdown drag out, they’re like, ‘What’s going on with you?’

Melissa: But let’s talk about Jimmy Perez. Detective Inspector Jimmy Perez is the lead detective in the books and the TV show. And he’s played with just the perfect balance of tenderness and grit by the Scottish actor Douglas Henshall.

Melissa: I love a messy detective who’s, on one hand determined to do the right thing, but then makes terrible personal decisions. I love this kind of detective. This is not Jimmy. Jimmy doesn’t drink too much.

Melissa: And he misses his wife, who died a few years ago.

Melissa: But he’s also like a sorrow sponge. Like when he’s talking to people who are in pain, he kind of absorbs that for them.

David: Yeah, he’s a really good balance of empathic, but also maybe I’ll take a swing at you.

Melissa: Yeah, because my next point was going to be: He can throw down when it’s required. Yeah. And he’s middle aged. He is the middle aged detective for the rest of us. He’s not like some young guy with a six pack.

Melissa: He’s widowed. He’s seen some stuff. He’s maybe a little bit slower than he used to be, but he is not taking any nonsense from anybody.

David: Yeah, he is using the strengths of that age in that character.

Melissa: And then there’s Shetland. Which is really the main character of the show, let’s be honest. Like the books that we try to find for our podcast, the stories in the Shetland TV series could really only be set there. They grow out of the quirks of the people and the land,. and the scenery is just ridiculously beautiful, if you like that kind of moody, rocky shores, crashing surf, big swaths of sky that are sunny one minute and then cloudy and gray the next.

Melissa: You can smell the salt air as you watch it. It’s pretty much the perfect tea drinking environment. Fair warning: It’s probably going to make you want to visit Shetland immediately.

David: Or at least have a glass of scotch. Or maybe both.

Melissa: Definitely both. Season seven is airing right now, but you can catch the previous season streaming on Prime Video Britbox, iTunes, Apple TV. And this might be a scandalous thing to hear me say, but I think I’d recommend the series over the books. Watch the series first.

Melissa: I stand by it.

David: If you’re interested in learning more about Scotland or reading other books set there, you are more than invited to check out our podcast. We did an episode on Scotland, and I think it was lovely.

Melissa: You can visit strongsenseofplace.com/library for more details about the books we discussed, the link to our Scotland episode of our Strong Sense of Place podcast, and how you too can get hooked on the TV series Shetland.

David: Thanks for joining us in The Library of Lost Time. Remember to visit your local library and your independent bookstore to lose some time yourself.