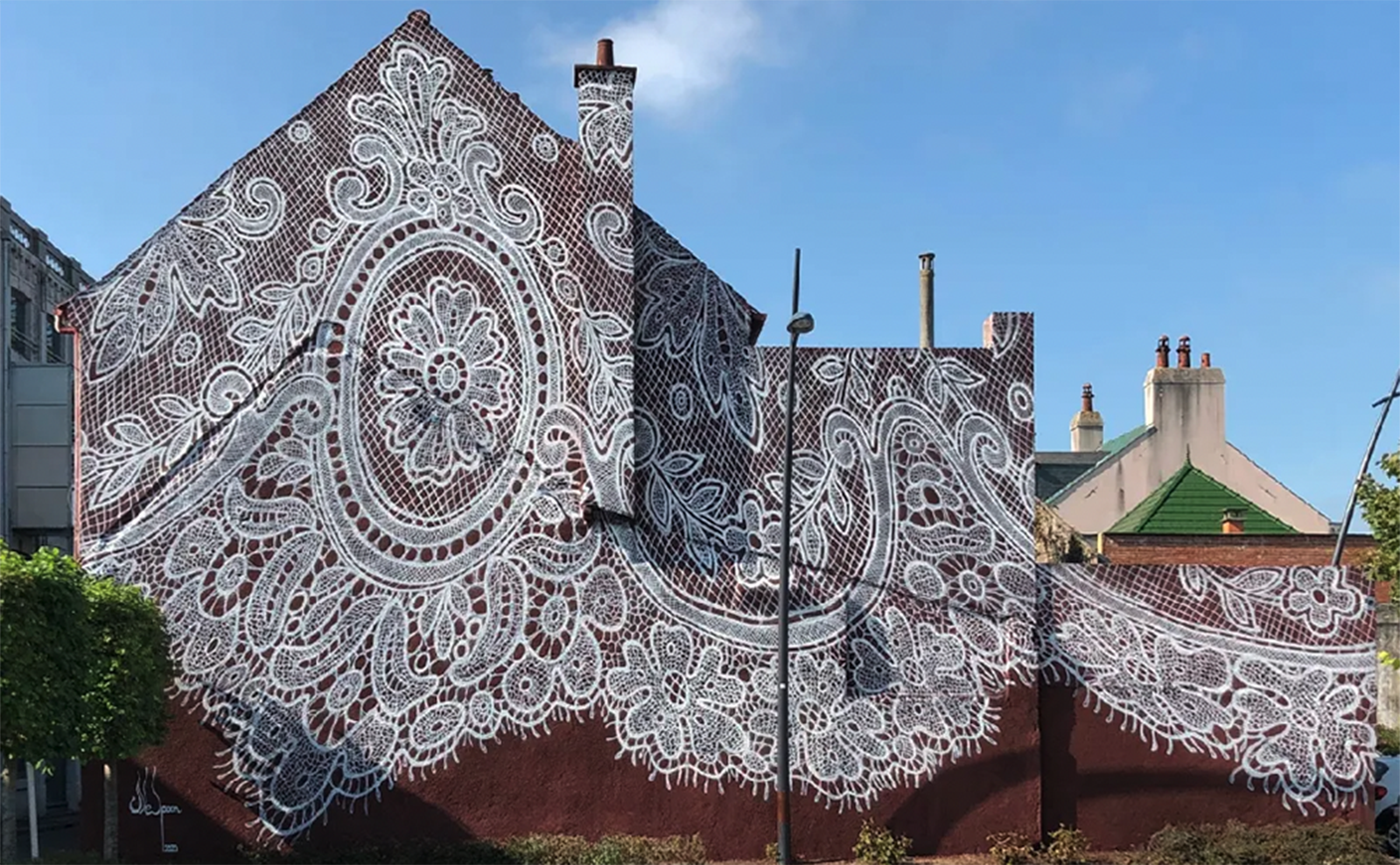 This is a transcription of ‘LoLT: Beautiful Street Art by NeSpoon & New Books — 09 September 2022.’

Melissa: Coming up, a thriller about a team of women assassins.

David: A fairy tale from one of the world’s most famous authors.

Melissa: A book that’s at the tippy-top of my TBR this week is Killers of a Certain Age by Deanna Raybourn.

Melissa: I’ve been excited about this book since I heard the premise. I don’t even know if you’re ready for this. When they were college-aged, four women were recruited by a government agency called the Museum to assassinate Nazis. And for the next forty years, they went after dictators, drug smugglers, arms dealers, and sex traffickers. But now, age 60, they’re considered too old school and are staring down retirement. The agency sends them on an all-expenses paid Caribbean cruise to kick-off the next phase in their lives — and they realized that they have now been targeted for termination. And they. fight. back.

Melissa: I’m a long-time fan of Deanna Raybourn’s series about Veronica Speedwell. That one is set in Victorian England, and Veronica is a firecracker. She’s got a healthy libido and a dangerous sense of curiosity — she’s one of the all-time great lady detectives, as far as I’m concerned.

Melissa: I’m very excited to see what Deanna Raybourn does with 60-year-old, strong women. And the Kirkus review says this, which is very promising: ‘Raybourn vividly evokes a number of far-flung locations while keeping readers on their toes trying to figure out what’s going to happen next.’

David: I want to talk about Fairy Tale by Stephen King. I feel like I’m really doing this breakout novelist a favor by mentioning him here. But I wanted to mention it because of three things.

David: First, this is a secret passage book. We just did our episode on that, and I’m still thinking about it. In this story, a high-school student Charlie Reade meets a recluse, Howard Bowditch. Howard lives in a big house on top of a hill in the neighborhood. In the back of this big house is a locked shed. Sometimes Charlie hears weird noises coming from the shed. But Howard keeps to himself about that. And Charlie doesn’t ask. But – one day, Howard dies. And he leaves behind a cassette tape for Charlie. And on that tape, he tells Charlie a secret. Inside the shed there’s a portal to another world.

David: The second thing that attracted me to this book is that it started because King suffered a bit during the pandemic just like the rest of us. And he asked himself, “What could you write that would make you happy?” So I’m curious about the answer to that question.

David: And the third thing is that I’ve enjoyed Stephen King’s work more as he’s aged. I think his later work is better. The book is called Fairy Tale by Stephen King. It’s available just about anywhere you can find ink on paper.

Melissa: Today I want to tell everyone about a street artist who’s making the world a more beautiful place. She’s Polish and based in Warsaw. Her name is Elżbieta Dymna, but she goes by the street name NeSpoon.

Melissa: Her mission seems to be to cover the world in lace, and she uses different artists tools to do it. She literally beautifies the street by filling holes and gaps with ceramics that have been imprinted with delicate lace patterns. She’s also woven installations made of string in hallways and trees that look like spider webs constructed of lace.

Melissa: But my favorite of her works are her murals. She recreates traditional lace patterns on an epic scale, covering exterior walls of buildings with massive lace patterns. She starts with a solid background of gray or golden yellow, pastel pink, terra cotta, or baby blue. Then she uses white spray paint to create trompe l’oeil lace. It looks like a delicate wisp of white lace has dropped from the clouds and draped itself over the building.

Melissa: This summer, she’s created new works in France, Spain, and Italy, which I’ll link to in the show notes. That piece that first caught my attention was one she did in Calais, France, at the Museum of Lace and Fashion. She found a lace pattern from 1894 in one of the catalogs in the museum archive, then painted it onto the facade of the museum.

Melissa: Her work is always inspired by the local context of whatever she’s creating. I love this quote from her: I always use local lace patterns, if they exist. I check local museums. I respect and commemorate the emotional bond between individual patterns and particular cities or even particular groups of lace makers. If there is no tradition of lace making in the area where I work, I ask for laces in the homes of elderly people living nearby.’

Melissa: This is also evident in the work she did in Belorado, Spain. That’s a small village in the north, on a pilgrimage trail. The town square is the Plaza de San Nicolás. It’s surrounded by eight buildings, and in the center is a court where women play bolo beliforano. That’s an outdoor bowling game that’s played only by women.

Melissa: The local women invited NeSpoon into their homes and she learned about lace patterns that had been stitched by the nuns in a nearby monastery. She based her murals on those traditional patterns. And while she was painting every day, the older women would stop by to chat with her. They shared their memories of the place and brought her fruits and sweets.

Melissa: Interspersed with her delicate lace murals are sepia-toned images by another artist - his name is Regue Fernández. His works are based on photos from 1917 of women watching and playing bolo beliforano.

Melissa: It’s a really cool juxtaposition of styles, and I love how it acknowledges the women of the community. That’s one of the things I find so moving about NeSpoon’s art. Aside from it being beautiful, she’s bringing attention to a traditional women’s art form that’s often overlooked. Women have been handmaking traditional textiles for centuries. With her art, NeSpoon celebrates this traditional textile art and combines it with modern street art sensibilities.

Melissa: Visit strongsenseofplace.com/library for more details about the books we discussed and to see NeSpoon’s beautiful street art.

David: Thanks for joining us in The Library of Lost Time. Remember to visit your local library and your independent bookstore to lose some time yourself.