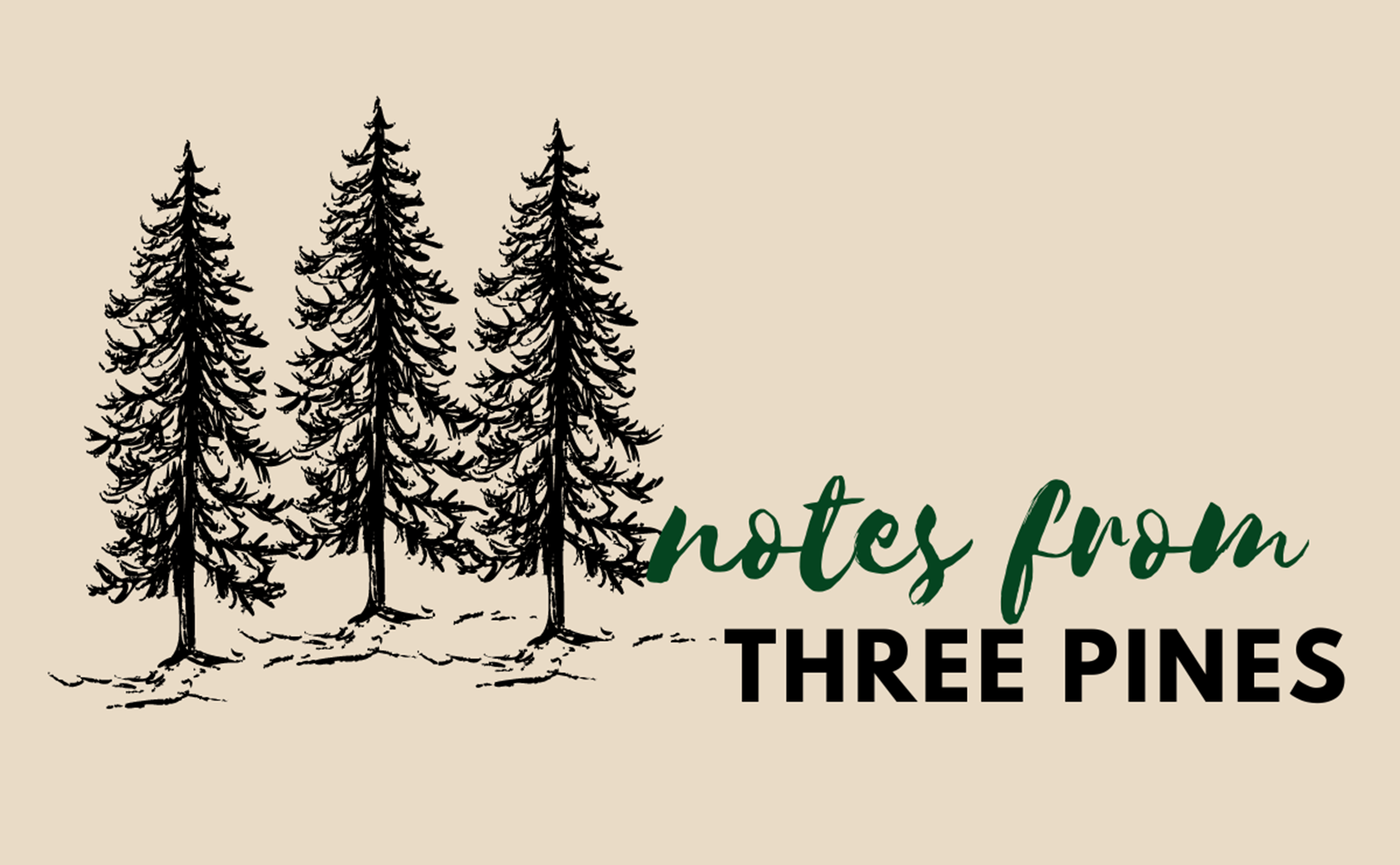 This is a transcription of ‘LoLT: Notes from Three Pines Newsletter & New Books — 04 November 2022’

Melissa: Coming up, a YA homage to Murder, She Wrote.

David: A true story about four reporters and the start of World War II.

Melissa: I just started reading the YA murder mystery Pretty Dead Queens by Alexa Donne, and it’s really fun. Our heroine Cecelia is just shy of her 18th birthday and has just attended her sixth funeral. She’s lost pets, her grandfather, a chemistry teacher, and most recently, and most tragically, her mom.

Melissa: After the funeral, Cecelia is shipped off to Seaview, a small seaside town in Northern California. To live with her estranged grandmother. In a creepy Victorian mansion. This is a dream scenario for a book and a nightmare for real life.

Melissa: On page two, Cecelia says, ‘I look up the grand staircase to the landing, where Mrs. Danvers is surely waiting.’ That is a cheeky reference to Daphne DuMaurier’s Gothic novel Rebecca, and it hooked me. If that’s not enough, the mansion has a dumbwaiter, a family burial plot, a claw-foot tub… and I almost forgot the best part. Cecelia’s grandmother is the bestselling author of mystery novels.

Melissa: Her most famous book was inspired by the murder of the homecoming queen, back in 1970. Just as Cecelia is settling in at Seaview High, the new homecoming queen is murdered. So she does the only reasonable thing.

Melissa: Alexa Donne has written three other well-received books, including Brightly Burning. That one is a sci-fi retelling of Jane Eyre set aboard a spacecraft called the Rochester. It was very clever, so I’m excited to see how this one lands. She’s described this book as a love letter to Murder, She Wrote.

David: My book has been out for a bit, but I’m still excited about it. It’s called Last Call at the Hotel Imperial: The Reporters Who Took on a World at War by Deborah Cohen.

David: This is a book about four reporters — 3 men, 1 woman — covering Europe in the 20s and 30s. These people interviewed Hitler, Mussolini, and Gandhi, back when those men were still mostly unknown in the US. These reporters had front-row seats to the end of World War I and the beginning of II. They saw changes that would echo through the next century. And they were bigger than life. Hard-working, hard-drinking, opinionated, argumentative. They had some stories.

David: They documented their lives. They kept journals and photos. Later they would go on to write books about their experiences during that time and after. And then Deborah Cohen comes along. She’s a historian and an academic. She’s a chair at the history department of Northwestern University. She’s also a storyteller. She knows how to engage. She writes regularly for The Atlantic and the New York Review of Books.

David: She takes all of this great stuff about these four reporters — their books and notes and the stuff they left to libraries — and she turns it into something that feels like a novel about four people going through the end of the world as they know it.

David: Last Call has gotten great reviews from places like The New Yorker, The Wall Street Journal, and the Chicago Tribune.

David: If you like the kind of thing that Eric Larson does, you might enjoy this. It’s Last Call at the Hotel Imperial: The Reporters Who Took on a World at War by Deborah Cohen.

Melissa: The name Louise Penny is probably familiar to many of our listeners. [She’s the Canadian author of the Inspector Gamache series.] The murder mystery books — there are 17 of them so far — are set in the fictional Quebec village of Three Pines. It’s pretty much the ideal of quaint, cozy town. There’s a bistro and bed and breakfast, a bookshop, a bakery, and plenty of forest for hiking. But sadly, it’s also got a very high rate of intrigue and murder.

Melissa: Although Three Pines is an imaginary place, it’s based on the real Eastern Townships of Quebec, so you can almost visit Three Pines in real life.

Melissa: Let’s talk about Inspector Gamache. He’s the polar opposite of the rumpled, broken-down detective with a heart of gold. He does have a heart of gold, but his is wrapped in a body filled with compassion and a calming sense of decorum. He’s patient. He’s thoughtful. He’s generous with praise. He also smells like sandalwood. This is a man you want giving you life advice, and if tragedy should come your way, you’d want him to investigate.

Melissa: This book series has sold more than 10 million copies in North America alone and has been translated into 29 languages. That is all due to Gamache — or, more accurately, Louise Penny’s word magic.

Melissa: Which brings me to the newish, free newsletter Notes from Three Pines. Every week, various writers contribute essays on various themes associated with the books. And there’s some sweet fan art included, too.

Melissa: The first installment was written by Amy Tector. She’s the author of The Foulest Things. That’s a thriller — it just came out a few weeks ago — and it’s set in Canada’s national archive. Anyway. Amy is originally from the Eastern Townships. Her essay is a poignant, personal account of how the first Gamache book Still Life helped her feel connected to home when she was far away.

Melissa: Other newsletters have explored queer guilt, fine art and science, and human connection, all through the lens of Penny’s books. There’s also a valiant attempt to choose the top five Gamache titles and a love letter to the audiobook versions.

Melissa: I’m very excited about next week because my essay will be published. It’s all about how much I enjoy traveling abroad with Gamache when Louise Penny takes him out of his hometown of Three Pines. She’s very good at creating a strong sense of place.

Melissa: The newsletter is free and will only be around for a short time. The new Gamache novel is called A World of Curiosities. It will be out on November 29. The newsletter will continue for a brief time after that and then, like all good things must, it will come to an end.

Melissa: Whether you’re a long-time fan of the series or haven’t been introduced to the wonders of Gamache yet, I think you’ll enjoy this newsletter. It gets to the heart of why we read: To connect with great characters, to escape our everyday life for a little while, and to better understand the world around us. And maybe enjoy a little murdery mayhem.

Melissa: Visit strongsenseofplace.com/library for more details about the books we discussed and the Notes from Three Pines newsletter.