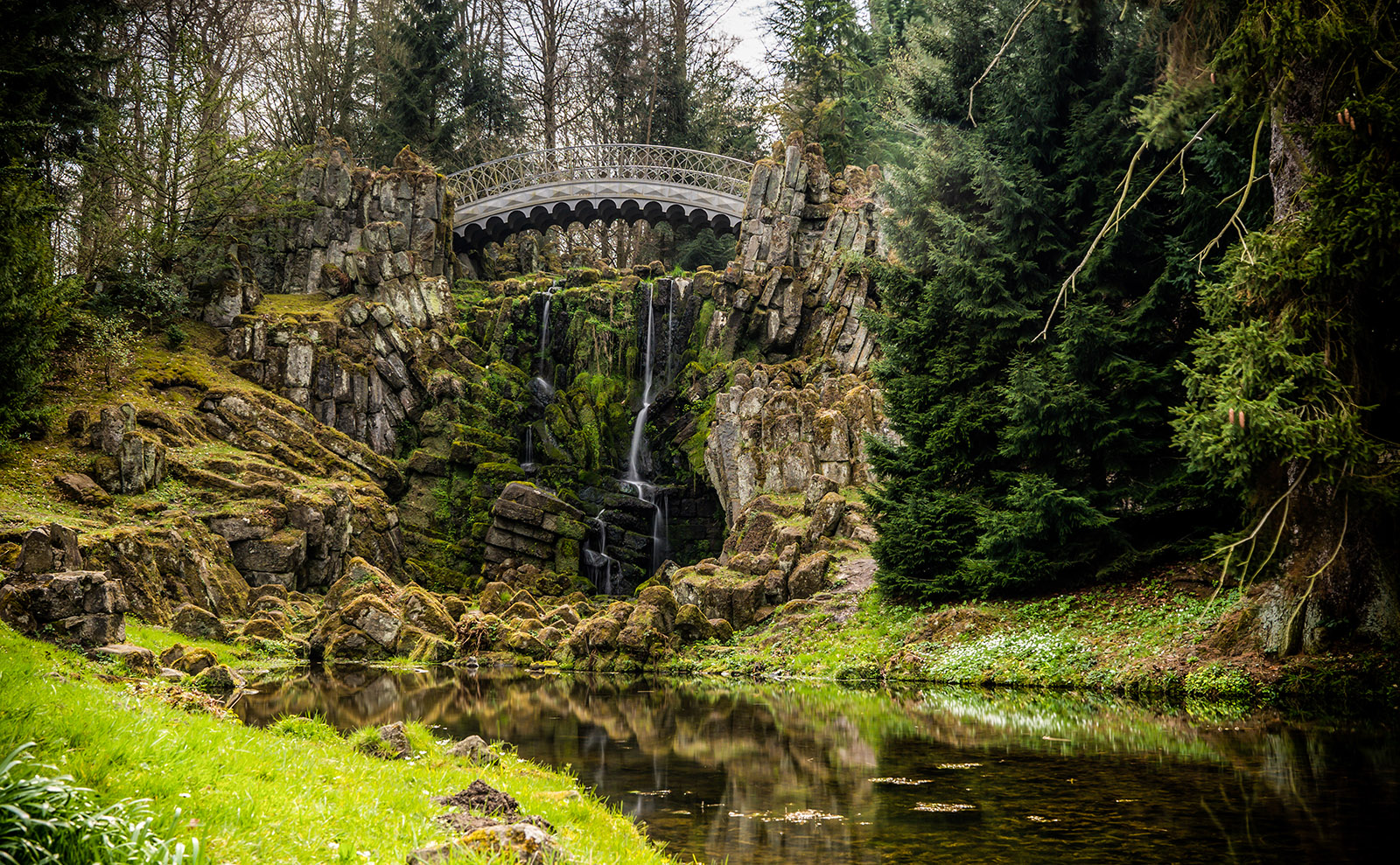 Melissa: Before we get into this episode of The Library of Lost Time, we want to tell you about a podcast we think you’ll like. Or, more accurately, tell you again!

David: Yes, we’ve mentioned Play On Podcasts before. It’s a show that reimagines Shakespeare’s stories with original music and the voices of award-winning actors.

Melissa: I love when modern people reinterpret Shakespeare, updating the language and kind of guiding us non-Elizabethans through the story in a way that makes it resonate with us now.

David: Agreed. I loved what they did with Macbeth. They used a modern English verse translation that made it feel fresh and new. They’ve done Pericles, A Midsummer Night’s Dream, King Lear, and more. The current production is Measure for Measure.

Melissa: They encourage you to listen to the show through headphones to get the full effect. It’s pretty great!

David: You can subscribe to Play On Podcasts wherever you get your podcasts.

Melissa: Coming up, a holiday audiobook from a beloved author.

David: The second book in a highly-anticipated trilogy arrives.

Melissa: I think a lot of our audience is probably familiar with the journalist and author Bill Bryson. He’s written 19 books about travel, science, the English language, and Shakespeare. The book that made him famous is Notes from a Small Island. That’s his travelogue about exploring Great Britain. He also wrote a memoir about walking the Appalachian Trail called A Walk in the Woods. In 2020, he announced he was retired. He said that he was ‘really quite enjoying not doing anything at all.’

Melissa: But fans of Bill Bryson and Christmas have a reason to celebrate. He un-retired to write a new book about Christmas traditions. It’s an audiobook from Audible Originals and he’s narrating it himself. It’s called The Secret History of Christmas.

Melissa: Bill Bryson has an eagle eye for detail and ear for great stories. He’s applying all of that to Christmas traditions. A handful of them are associated with British holiday traditions like mince pie, Christmas crackers, and Boxing Day. But he will also answer the questions: What’s the deal with Good King Wenceslas? And who was Santa Claus, really?

Melissa: He made a video to promote the book. It’s five things he recommends everyone do at Christmas and number one was to give thanks for all we’ve got. Which, yes. But number three is where he really got me. Be gluttonous!

Melissa: We’re going to the States in early December, and I think this will be the perfect audiobook for our roadtrip from Pennsylvania to Ohio. It’s The Secret History of Christmas by Bill Bryson. It’s available now from Audible.

David: Chuck Wendig has a new book out. Chuck Wendig is a prodigious author of fantasy and sci-fi, and action-adventure. But I also think he’s just a good guy. He’s an author I’d like to know.

David: I believe that, seventy years ago, Wendig would have been grouped in with the pulp fiction writers, people like Edgar Rice Burroughs and Mickey Spillane. Hammering out nail-biting prose for ‘Weird Tales’ and ‘Amazing Stories.’

David: In his past books, Wendig has written a series about a girl who can see the death of anyone she touches. He’s written a very successful series of novels set in the Star Wars universe. One of those had a gay man as the lead character.

David: And, right now, he’s two books into a planned post-apocalyptic trilogy. The first one, Wanderers , came out in 2019. It starts with a bunch of people sleepwalking to somewhere in the United States — a place only they know – and the people trying to take care of them.

David: One of the reviews compared it favorably to Emily St. John’s Station Eleven. It had a plug from Erin Morgenstern, the author of The Night Circus. And it was one of the year’s best books for The Washington Post and NPR.

David: The second book in that series, Wayward, just came out. I will not give you the setup in case you want to read the first one. But a plug said, ‘As great as ‘Wanderers’ was, ‘Wayward’ is better.’ It is almost 800 pages of what I suspect is a rip-roaring yarn. It’s _Wayward_by Chuck Wendig, and it’s out now.

Melissa: I recently learned about something magical and new-to-me from our friend Ellen Yeomans. She’s a brilliant children’s book author, and she’s done a ton of traveling in Europe. She told us about The German Fairy Tale Route. It’s 373 miles long - that’s 600 km - and celebrates the Brothers Grimm.

Melissa: Just in case you’re not familiar with Wilhelm and Jacob… they were German brothers who took bookishness very seriously. They were cultural researchers, lexicographers, and philologers. [DAVE] Philology is the story of language in oral and written historical sources. Which makes these nerdy brothers perfectly suited for what they did. They collected oral folk tales, wrote them down, and published them. Their first book was came out in 1812, and we have them to thank for Cinderella, Rapunzel, Sleeping Beauty, Snow White, and dozens of other fairy tales.

Melissa: So, back to the Fairy Tale Route.

Melissa: It starts in Hanau in central Germany and goes to Bremen up by the North Sea. Along the way, you can visit the medieval towns where the Brother Grimm lived and worked. Also — this is the best part — you can explore the places featured in the fairy tales that they collected.

Melissa: My first thought, of course, was that we could go on the Fairy Tale Route to a witch’s house. Would you be surprised to learn that they do not promote a witch’s house on the official website?

David: It would not! Although that is a little disappointing.

Melissa: Once I got over my initial dejection about that, I realized there are lots of other really good things to see and experience.

Melissa: For example, you can go to the town of Kassel. That’s where the Brothers went to university, and it’s where they wrote the classics Sleeping Beauty, Little Red Riding Hood, Cinderella, and Hänsel and Gretel. In the center of town is a museum called Grimm World or Grimmwelt. It has interactive exhibits about the brothers and their stories.

Melissa: In addition, you can’t throw a rock in Kassel without hitting a castle or palace, including Wilhelmshöhe Palace which has the world’s largest collection of Rembrandt paintings. It stands looking over a beautiful Baroque garden called Bergpark — that means ‘mountain park’ in German. The park winds up a wooded hillside, and it’s famous for its water fountains that cascade down the hill and its monument to Hercules standing atop a grotto. The photos are amazing; I’ll put a link in show notes.

Melissa: You can also visit the town of Alsfeld that has gone all in on Little Red Riding Hood. You can visit her house! There are cobbled lanes and half-timbered houses everywhere you turn. You can take a fairy-tale tour with a guide that shares the secrets of the town during the day. Or… you can book an evening tour with a night watchman who takes you through the alleys where you can meet up with an executioner or a gravedigger, if you want.

Melissa: There are 60 towns along the route — with castles, forests, museums, flowery meadows, enchanted bridges, and I can only assume a werewolf, some elves, and a princess with really, really long hair.

Melissa: Visit strongsenseofplace.com/library for more details about the books we discussed and tips for visiting the German Fairy Tale Route.