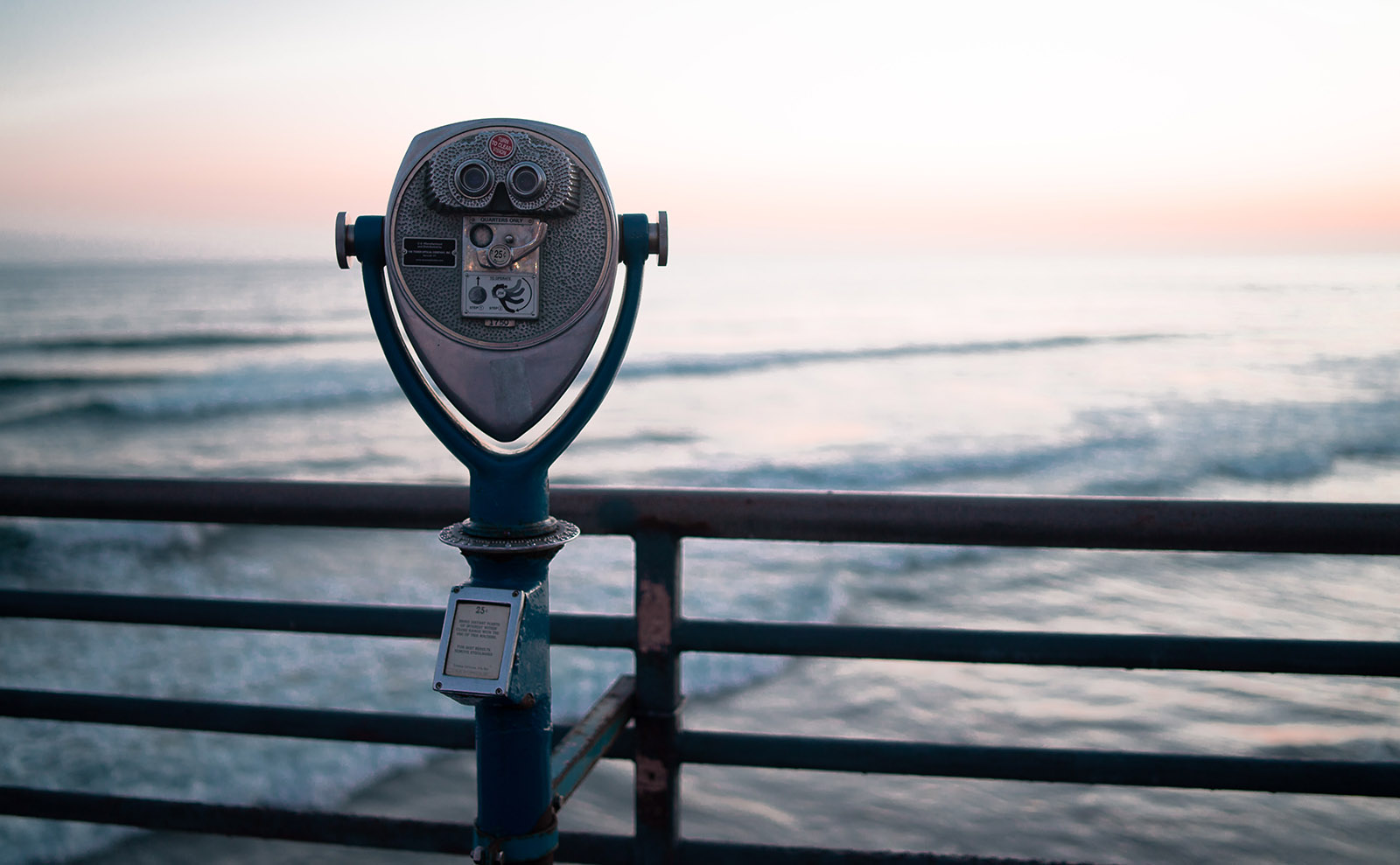 This is a transcription of ‘SSoP Podcast: A Mini-Episode to Celebrate our 1-Year Podcast Anniversary’

David: Welcome to Strong Sense of Place and our one year anniversary episode.

Melissa: Oh, we should have had a masquerade ball.

David: Yeah, we should. Oh, next year. What a year it’s been. Thank you, everyone. Thank you for being a part of this. You made the world a little smaller and cozier while we were freaking out over here.

Melissa: It’s true. I will also say that working on this project gave us both purpose. You gave us a reason to get up and get to it every morning.

Melissa: Even though I’m pretty sure I’ve worn the same pair of squishy pants the entire time. It’s my morning ritual. [laughter] I get up and I take off the red plaid pajama bottoms and switch into the black-and-white plaid, going-out pants that look almost identical to pajamas.

Melissa: Yeah. Anyway, this show and working on it and interacting with all of you has been a reminder that even when things are very overwhelming and perhaps a little bit scary, the world really is an amazing place and it’s filled with fascinating people and incredible stories that bring us all together.

Melissa: And one of the unplanned benefits of doing this project is meeting so many of you through the magic of the Internet.

Melissa: You people are nice.

David: Yeah. I have to tell you, when you’re sitting at home thinking about doing a project like this, you — at least I — run through every negative voice I’ve ever heard in my head and worry about what people are going to say. And then we launched and none of that happened. Everybody was really sweet about the whole thing. Thank you. Thank you for being generous and welcoming and just great.

Melissa: I also want to thank you for liking the weird stuff I put in Endnotes. Sometimes I feel like I have found my people who are curious about the same kind of off-kilter things that I am. So thank you.

David: So we’re here today to talk a little bit about what we’re planning for 2021. But before we do that, we wanted to take a look back at some of our stats from our first year. We have had a 110,000 downloads of the show, which made us feel really good because we were thinking maybe, you know, our parents would download it.

David: If it was a good day.

Melissa: One hundred and ten thousand both sounds like a lot and a little to me. Like, 110,000 people in one place would be a lot. Hello, Arena!

Melissa: And also, let’s stick another zero in there.

David: We have listeners, it turns out in 61 countries around the world.

David: Yeah, isn’t it? A big shout out to our Estonian listeners. According to Chartable, we’ve been as high as 34 in Estonia, Estonia’s arts podcasts. I just love everything about that.

David: If you’re in Estonia, reach out. Give us an email.

Melissa: Also, we’re really excited about visiting Tallinn someday, so maybe we could have a coffee, listener.

David: That’d be nice! We also spent a few glorious days at number five on the U.S. list of book podcasts.

David: You know, it’s a solid company. I’m happy to be there. We’ve also had 232 reviews on Apple podcasts, and we still have five big stars.

David: So again, thanks for all of that.

Melissa: I know you guys hear this from every podcast you listen to, but I’m going to reiterate it because it’s true. Your reviews are really, really important because they help other people find our show. And the more people who listen, the longer we can keep doing this project. But I also know it can be really confusing to know how to leave a review. You can leave a review on Apple podcasts no matter where you are listening to the show. And we have instructions for how to do that on our website.

Melissa: So just go to a strongsenseofplace.com, scroll down to the bottom where you see FAQ, and then when you’re on the FAQ page, about halfway down, there are very clear step-by-step instructions for leaving a review on Apple podcasts. It takes, like, a minute and it would help us so much. So thank you in advance for doing that. And if you’ve already done it, you get five gold stars for the day.

David: Let’s take a look back at the books we reviewed in our first year. We wrote reviews for 297 books this year.

David: That’s almost one a day.

Melissa: Except for when I procrastinate. And then I have to do, like, seven in a day.

David: We reviewed 148 of them on the podcast in the last year. That number should be 120 because it’s 24 episodes times five books. But Mel cheats.

Melissa: I only cheat at podcasting, though. I am firmly a no-cheating person in every other area of my life.

David: That is accurate.

Melissa: I do like to sneak extra books into the show though.

Melissa: I’ve eaten so many burritos in a completely dark movie.

David: I miss that so much.

Melissa: It’s so mysterious. You’re, like, what am I about to bite into now? I think I dropped something.

Melissa: There is a stat that was making the rounds on the Internet that in 2018, only 11 percent of the books published by the Big Five publishers were written by people of color.

Melissa: Yeah. That got me curious about how our books stack up against that. So I went back and looked at all of the books we talked about on the podcast. 43 percent of them are by women authors and 17 percent are by black, indigenous, or people of color. So 17 percent is greater than 11 percent. It would be nice to get that number up.

David: Yeah, we’d like to get both of those numbers higher.

Melissa: We really do try to recommend books by authors from that place and some of the places that we were recommending are predominantly white. So that’s how we ended up with not that high number.

David: By popular request from so many of you, we recently launched our Patreon. You can now become patrons of the show and slide us a few dollars a month to help us ensure that we can keep a strong sense of place going. Your three dollars a month means the difference between Mel and I being able to sleep and not.

Melissa: It’s true. In return, you get not only our unending gratitude and a shout-out on our podcast, but you also get our promise to keep working hard to make the show and the website as awesome as they can be. You can learn more about all of that at strongsenseofplace.com/support.

David: Season Two wraps up on February 8 with Ireland. I have loved my Ireland books, and I’m looking forward to telling you about them. We’ll have another audience survey coming up after that. That’ll be your opportunity to tell us how we’re doing. And we’re currently planning to release the first episode of Season Three in mid- to late-April or so.

Melissa: Or so. We will do our best.

David: I have confidence I might be the only one. We are now going to announce four of the destinations that we’ll be covering in Season Three. Do you want to go back and forth on these?

David: OK, the first one is Hollywood. [Hollywood sound effects]

Melissa: I have so many good books for these. I’m really excited. Usually we begin by looking at our list of countries and making sure that we are hitting different geographical areas. This time we combined that exercise with the books we have in our ‘boy, I wish we could read this’ list and that’s how we chose these four destinations.

David: Yeah. So looking forward to those destinations and we’ll roll out the rest of the schedule, probably early April or so.

David: And we will be surveying the people in our Patreon for their ideas about where we should be going in Season Three. Looking ahead: Two things we’d like for the future of Strong Sense of Place — an online book club and in-person events.

Melissa: Ah, in-person events. I’ve had this somewhat elaborate plan for a fully-immersive event pretty much since before we started this project.

David: For sure. I remember having this conversation.

Melissa: The idea is that we would incorporate a destination with authors and other entertainers and theme meals and activities to bring all of the attendees together. And this is kind of a small event. We’re talking about maybe a dozen people, maybe 20.

David: I’m thinking more along the lines of 40.

Melissa: But again: one of the things we will argue about over breakfast. Obviously these in-person events are going to have to wait until we can safely travel and gather. But for example, we had an idea to take over a manor house for a weekend. Maybe arrive Friday afternoon, have a cocktail hour. A fortuneteller comes in to entertain us in the parlor in the evening. We wake up Saturday morning, we go for a ramble in the countryside.

David: Then maybe breakfast and then a book club, maybe with the author or an expert in that field and then maybe a fancy tea, dinner, movie night out on the lawn.

Melissa: You get the idea. Hopefully we won’t have a spontaneous murder happen at this country house weekend.

David: Although that could be a feature. We don’t know. We need to think more about this.

Melissa: Anyway. That’s the fancy idea that will happen someday when it’s safe to travel and we can gather.

David: Thanks to Patrón, we have an opportunity now to try out online events. At our top level of the Patreon, we are hosting quarterly events that will include book talks and tea and delicious food and music and more stuff.

Melissa: So kind of like a scaled-back version of the in-person events that we’d like to have someday.

David: Yes, this is the plan. So if you want a deeper experience of a virtual travel in your life, please check out our Patreon at strongsenseofplace.com/support.

Melissa: Once again, everyone, thank you so much for coming along with us on these adventures. It’s really a lot more fun with all of you.

David: Look for our Ireland episode on February 8, and we will talk to you soon.