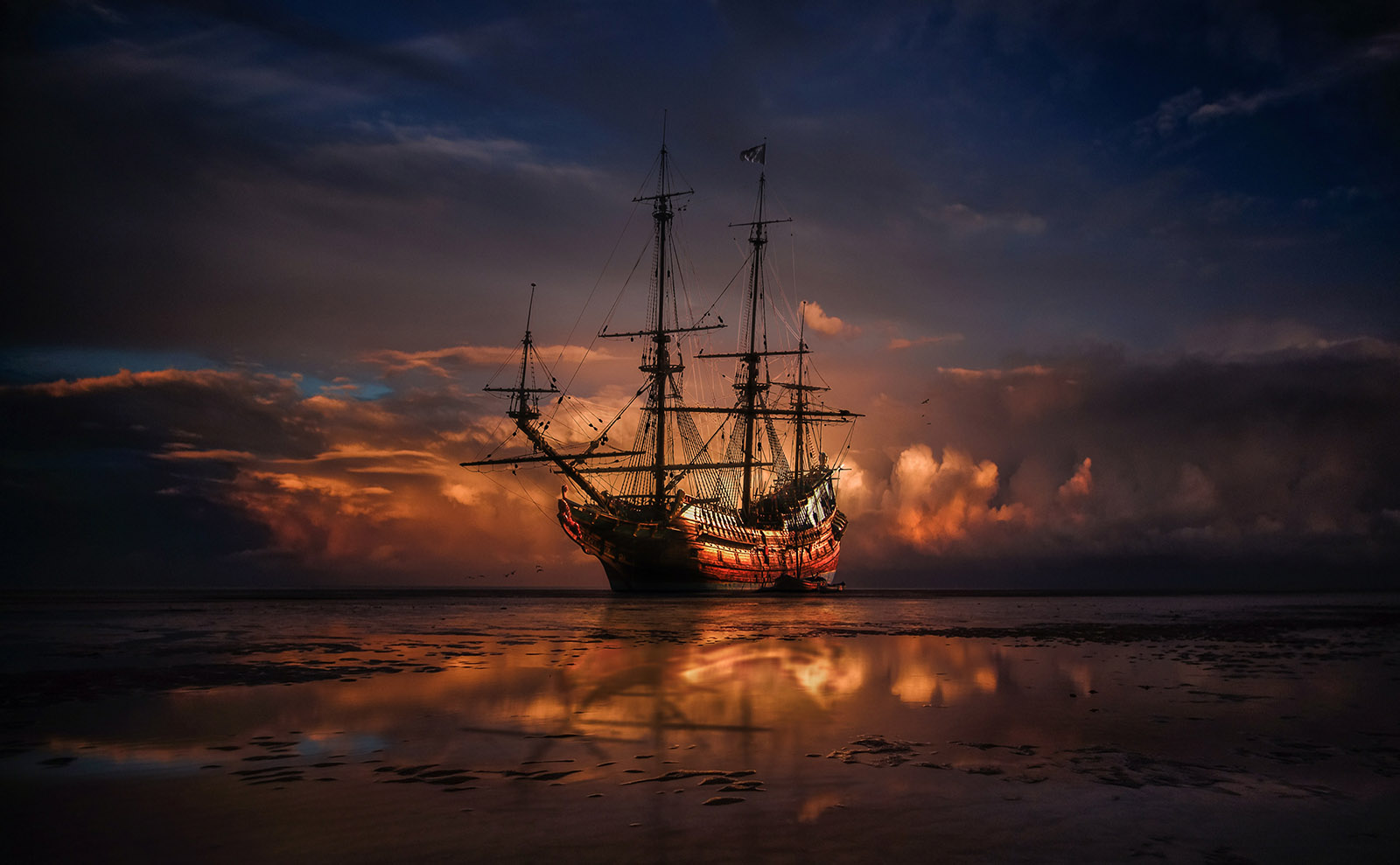 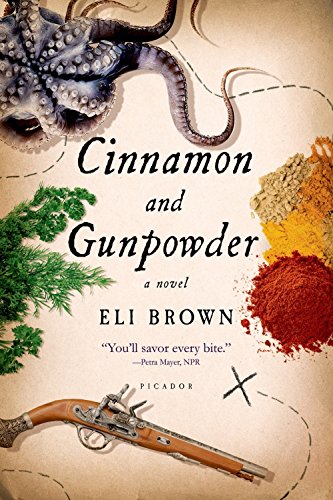 This weekend, run away with a band of dangerous pirates for adventure, romance, and crazy-delicious food. When you least expect it, you’ll get punched right in the feelings, and it will be very nice, indeed.

It’s 1819 and the captain of the Flying Rose — Mad Hannah Mabbot, lady pirate extraordinaire — busts into a luxurious dinner party and absconds with the chef. Via an elegant note sealed with wax, Mad Hannah informs the ‘Caesar of Sauces’ that she will spare his life, so long as he prepares a gourmet meal for her aboard ship every Sunday.

The fiesty, red-haired captain has high standards for her crew — opium use is forbidden; punishment is both swift and severe. She’s demanding and enigmatic, as a woman aboard a ship populated by callous and calloused men must be.

Meanwhile, the chef works miracles with the meager supplies available in the galley’s pantry. When not in the grip of nearly paralyzing fear, he makes sun-dried tomatoes, crushes chocolate with a cannonball, soaks walnuts in ale, and even nurtures a sourdough starter — kept in a tin box under his clothing for warmth — through a violent battle so he and the Captain can enjoy real bread at sea.

The food helps minimize some of the tension, but they are still kidnapper and captive. Mad Hannah clearly has secrets, and the somewhat prissy chef is ostracized by the rest of the men. It takes several almost-fatal adventures for him to resign himself to his fate and, in that resignation, find his courage.

Along the way, we meet the motley members of the crew, a traveling circus of ‘every hue and size’ with ‘bullrings through their noses, with turbans large enough to hide a samovar, with gold thread braided into their hair, with scimitars lashed to their hips…’

As the larger-than-life capers careen toward a very satisfying conclusion, we get to know the people behind the pirate personas. That’s when this rip-roaring, seafaring adventure reveals itself to be moving story about family, loyalty, acceptance, and justice.

On my way across the deck, I passed a dozen or so men taking their ease. They smoked, scratched scrimshaw, threw knives at rats, and one of them played a maniacal tune on a gourd instrument with keys made of hammered metal. Even as they lounged, they scanned the horizon for a corsair ship named La Colette, which, it seemed, had made a considerable impression upon them. It was clear they did not wish to encounter the ship again. — Eli Brown

This historical adventure (336 pages) was published in June of 2013 by Farrar, Straus and Giroux. The book takes you to a 19th-century pirate ship. Melissa read Cinnamon and Gunpowder and loved it; it wouldn't be on our site if she didn't recommend it.