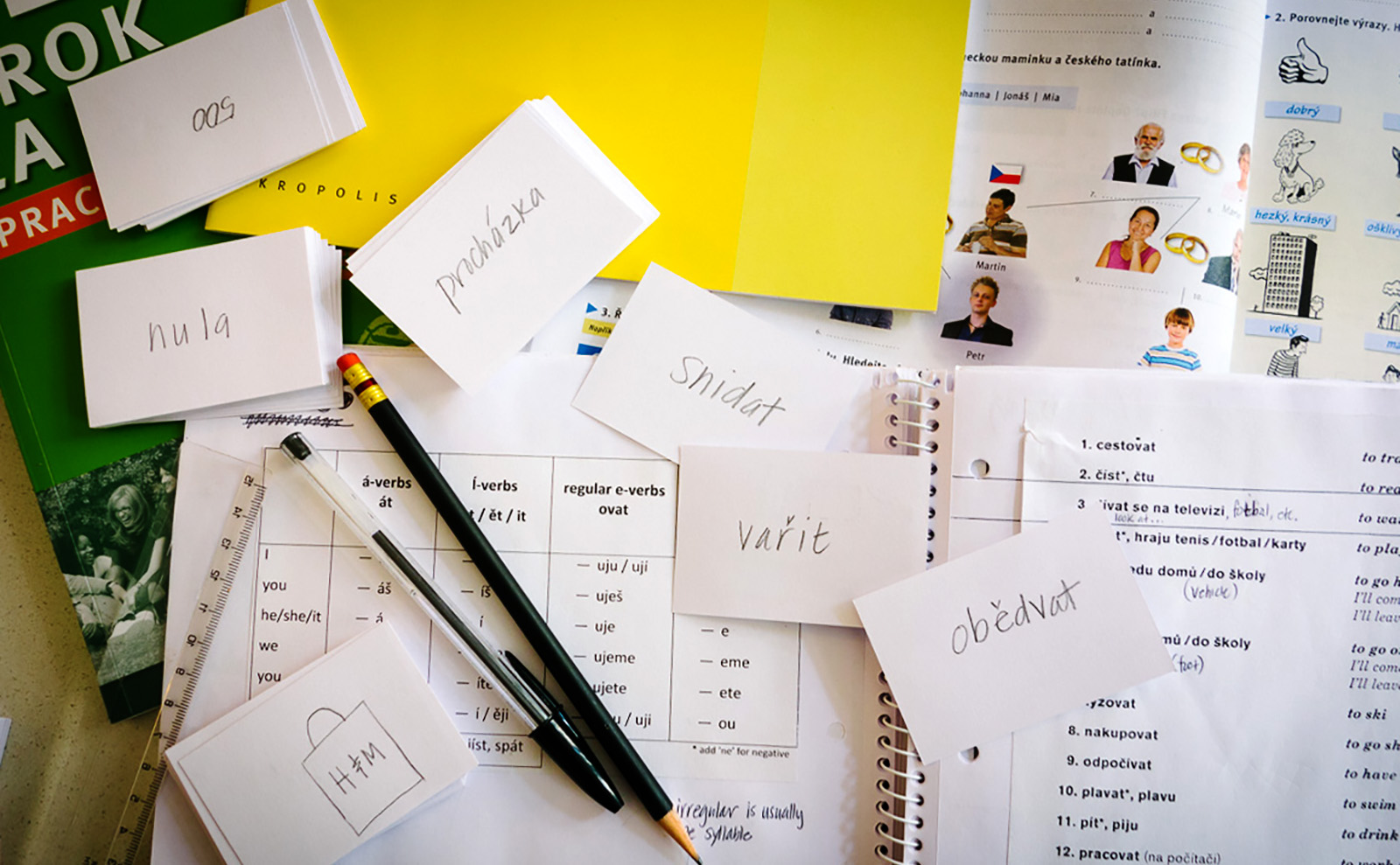 After living in San Francisco, Austin, and a small town in Vermont, David and Melissa sold all their stuff and moved to Prague in 2017. At any given time, on any day, you might hear Czech, Russian, German, English, Slovak, or Vietnamese being spoken in their neighborhood. In this essay, Melissa shares what it’s like to learn the Czech language.

During the summer of 2017, David and I enrolled in a Czech class and slowly began to learn to mluvít česky. It was an intensive course — five students, two weeks, five days per week, three hours per day — with a lovely instructor (admirably patient and encouraging, with kind eyes and an easy laugh).

During the first few classes, we learned basic phrases (Jsem spisovatelka a kucharka. — I’m a writer and cook.); numbers; parts of the day (ráno, odpoledne, v noci — morning, afternoon, night… not to be confused with večer — evening); days of the week and months of the year; a metric ton of adjectives (David je vysoký a inteligentní. — David is tall and intelligent.), and bunches of verbs, plus the four patterns for conjugating them.

It’s a lot, and my brain was like a saturated sponge. But still, I kept adding more.

One day’s class stands out in my memory because I learned something relevant to my life: There are separate Czech verbs that mean to eat breakfast, to eat lunch, to eat dinner, to eat a snack, and to eat, in general.

I got a lot of mileage out of being melodramatic in class and declaring — with a sigh of mock exhaustion — Vařím každý den, každé jídlo. (I cook every day, every meal.)

I continue to feel very affectionately toward the verb číst (to read), which is pronounced cheess-t. It’s an irregular verb so gets funky when it’s conjugated. ‘I read’ is čtu (shtoo). And I’ve since learned how to say I was reading, I had read, and I will read. It’s brilliant.

When asked to use new words in a sentence, all of my practice sentences involve reading and eating.

As my Czech study continues, I’m still equal parts enthralled and abashed. Learning new things feels like a celebration, and I collect vocabulary and grammar rules like a chipmunk hiding acorns in its burrow. My notebook is full of scribbles so I’ll remember how to modify my sentences with phrases I use all the time in English: ‘about this many’ or ‘no problem.’

But it’s incredibly humbling to know that, at this point, even after two years of study, I can’t even speak Czech as well as an average four-year-old. Intellectually, I understand what I’m learning — and I’m quite good at memorization — but I have the devil of a time speaking the words at conversational velocity.

Basically, if you want to have a conversation with me in Czech, it takes an epically long time. I might begin by squeezing my eyes closed like I’m murmuring a prayer, and my sentence structure is as rudimentary as can be:

It’s been 27 years since I took my last French class in college, and trying to learn a new language — and a Slavic language, at that — is humbling. Exhilarating, but humbling.

Progress is slow, but there is progress. Previously, words in Czech were mostly indecipherable. The letters looked like alphabet soup, and I could have sworn they moved around while I was trying to read them. But now, I walk through the neighborhood, sounding out previously unreadable information. My favorite party trick is to make people smile with my slow but good-intentioned pronunciation.

All of which gets me closer to reading Jane Eyre (a.k.a., Jana Eyrová) in Czech some day. 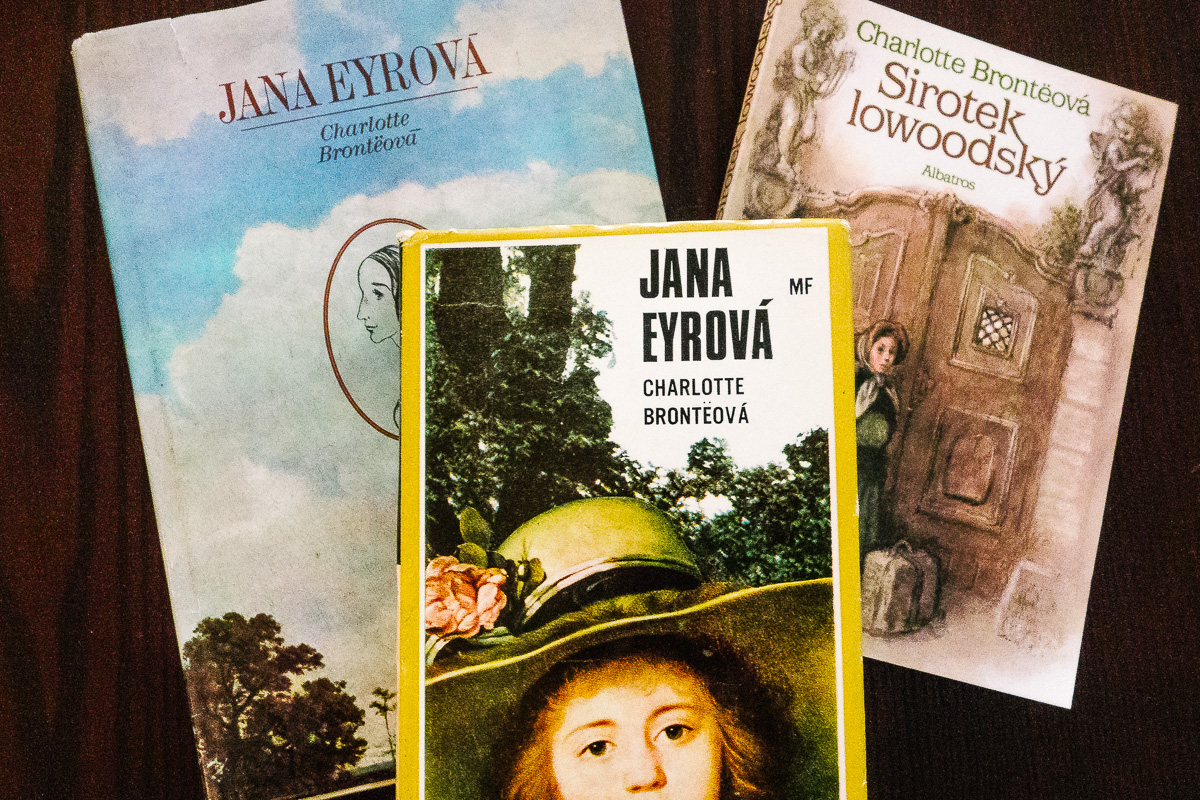 Can you read in a foreign language? We invite you to brag about it in comments.