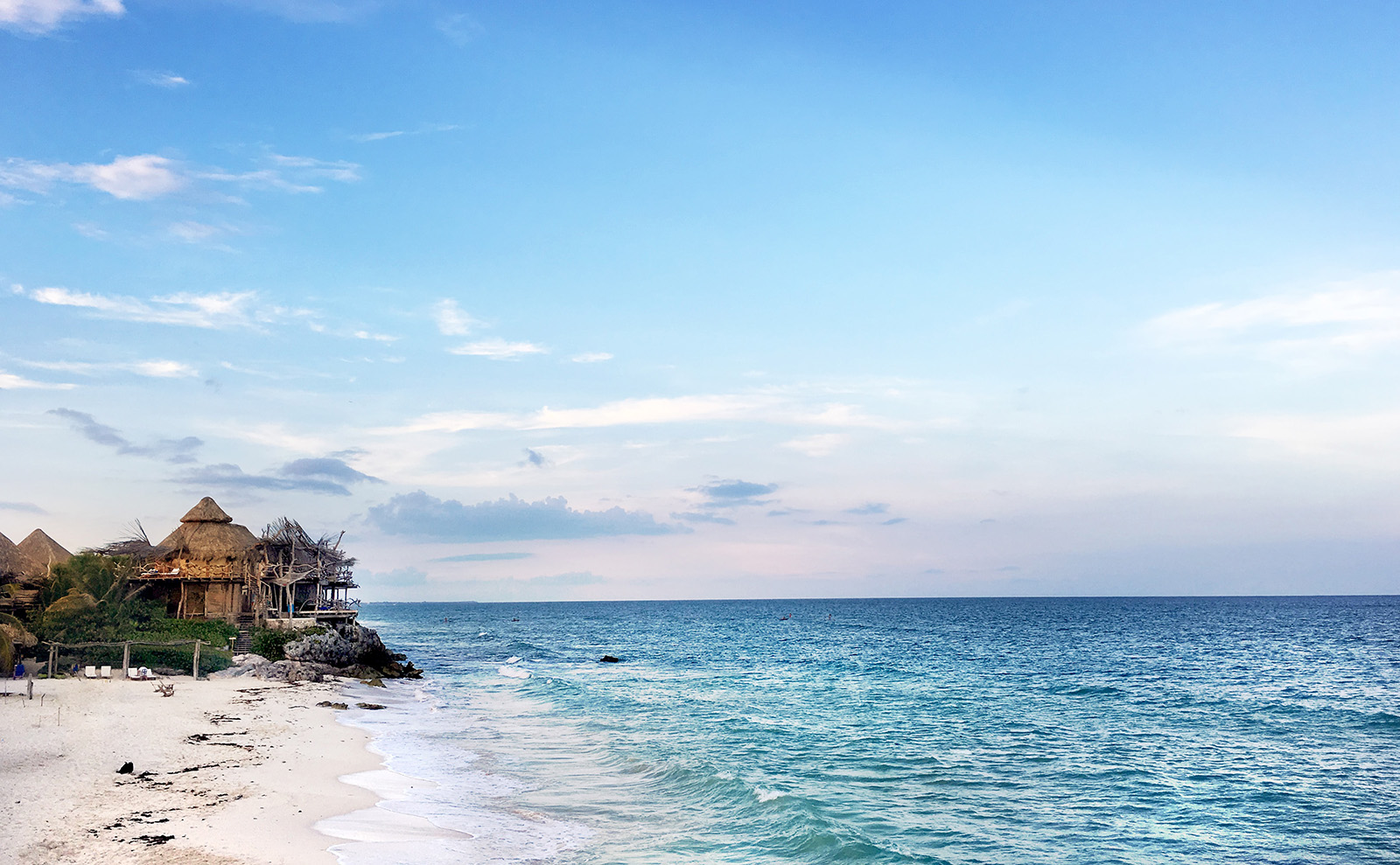 That vast turquoise paradise above is the Caribbean Sea nudging the beach of Tulum in Quintano Roo, Mexico. It’s as soothing and exhilarating as it looks.

In Episode 04 of our podcast Mexico: Folklore and Beachy Paradise we talked about the crystal-blue beaches of Tulum, the Mayan ruins perched on the cliffs above, and the thriving pulse of Mexico City. Here are a few snapshots that showcase more of the breathtaking beauty of Mexico.

This Mayan city might once have been called Zama, which means ‘City of Dawn.’ Makes sense! The ruins are perched on a bluff above the Caribbean, facing directly east into the sunrise. {more}

A Green Iguana in Sayulita

The white marble Palace of Fine Arts is a concert hall and art center in Mexico City. The interior is an art deco masterpiece, and works from famous Mexican muralists cover the walls above the ground floor. {more}

The neoclassic Our Lady of Remedies Church dates back to the 16th century. It sits atop a hill that’s actually the remains of the Great Pyramid of Cholula (Tlachihualtepetl), the largest pyramid in the world. The volcano in the background is the legendary Popocatepetl. {more}

Cenotes are natural swimming holes made by the collapse of limestone bedrock — basically, they’re magical swimming holes in caves, and they’re a unique feature of the Yucatán Peninsula. The waters of Ik-Kil were considered sacred by the Mayans, and they used it as a site for human sacrifice to the rain god Chaac. {more}

Teotihuacan is an ancient Mesoamerican complex 25 miles (40 km) archaeological complex northeast of Mexico City. The main thoroughfare is called the Avenue of the Dead, and it’s surrounded by Temple of Quetzalcoatl, the Pyramid of the Moon and the Pyramid of the Sun. {more}