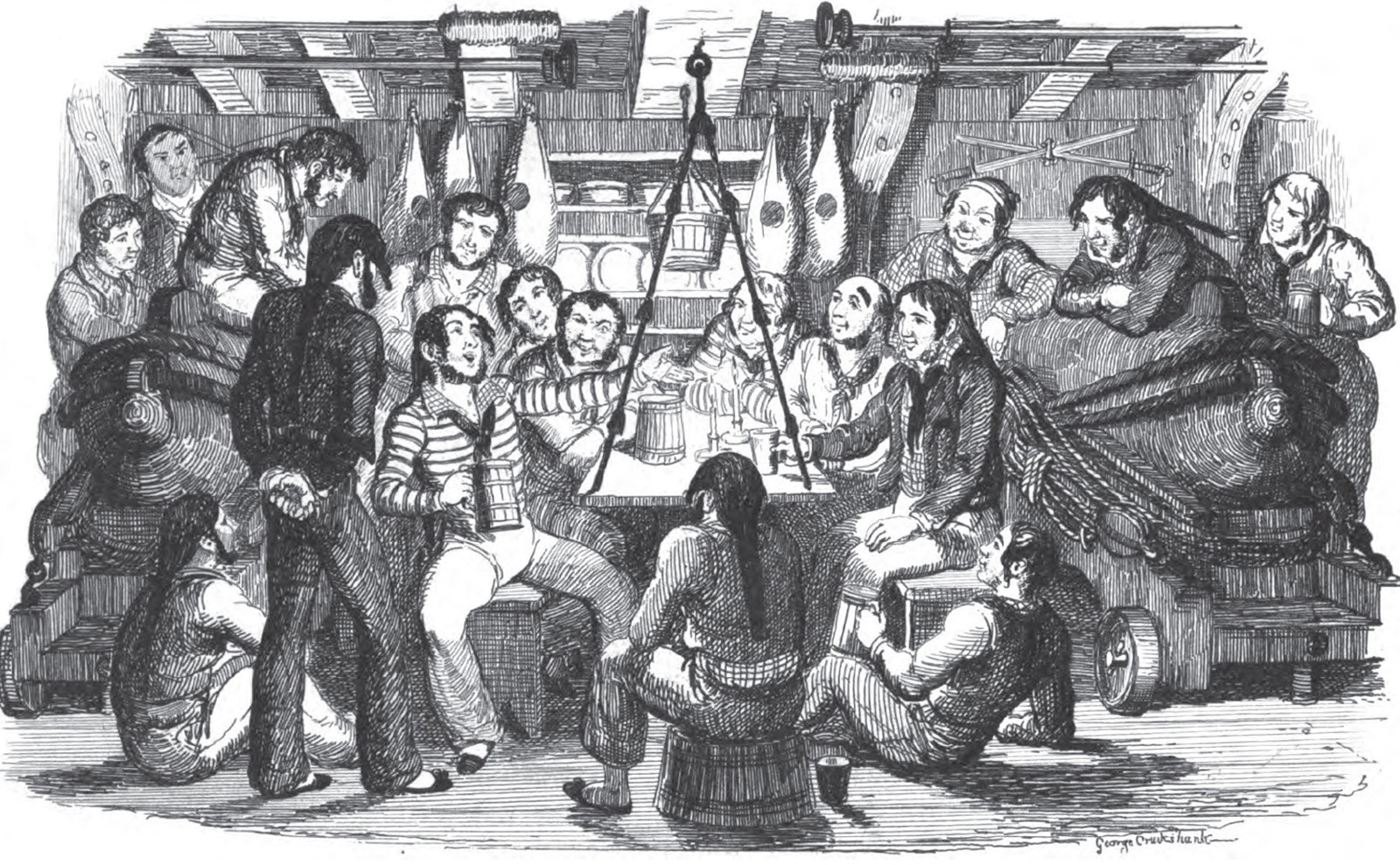 Sing a Song of the Sailor: Everything You Need to Know About Sea Shanties

Once you’ve heard a crew singing a song like ‘Roll the Old Chariot,’ you’re not likely to forget it. The melodies and rhythms of sea shanties are infectious — and they also served an important function aboard ship.

Sea shanties are work songs that were an everyday occurrence on ships during the Age of Sail — roughly 1571 to 1862. This was a time in history when international trade and naval battles were dominated by sailing ships.

A crew’s tasks were repetitive and often required the men to work together, so they sang songs to synchronize their movements and make the work more pleasant. The song leader was known as the shantyman. In addition to a big voice, he was relied upon for humorous wordplay and spicy language. The songs often told stories of life upon the sea and longing for ladies back home.

Most of the shanties took a call-and-response form — a lot like spirituals and old blues tunes. The shantyman would call out a verse, and the men would respond in unison, synchronizing their big work effort with the last syllable of their response.

By the end of the 19th century, sailing ships and their crew had been replaced by steam-power, and machines did a lot of the work onboard. That also meant the end of sea shanties as a tool on deck.

In episode 6 of our podcast, dedicated to The Sea, we featured a snippet of the shanty ‘Roll the Old Chariot.’ Here’s the song in its entirety, sung by David Coffin and a group of people at the 2010 Portsmouth Maritime Folk Festival.

And more sea shanties by various artists in case you — as we — cannot get enough:

Here are the 10 Manliest Sea Shanties according to The Art of Manliness.

Cruising Around the World on Cunard's Luxury Liner RMS Laconia

On 21 November 1922, a luxury liner embarked on a 130-day cruise around the world to 22 ports: Yokohoma and Shanghai, Rangoon and Bombay, Egypt, Cuba, and Naples. This is the true story of that grand adventure.