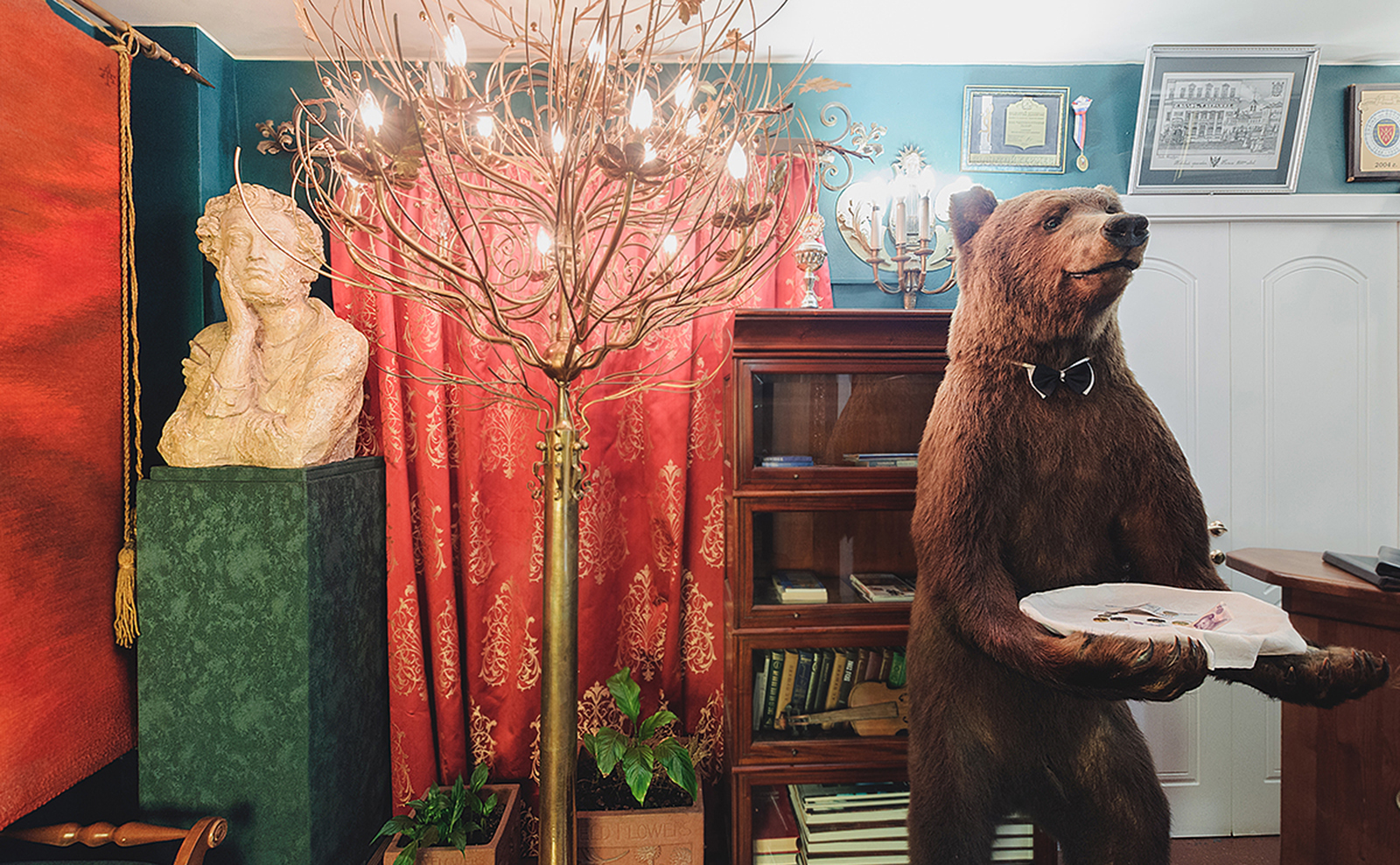 Pushkin and Pelmeni at the Literary Cafe in St. Petersburg, Russia

Since its beginning as the home of a tailor — one Johan Neumann — in 1738, the building that houses St. Petersburg’s Literary Café has been a residence, a wax museum, a confectionary shop, a bookstore, and a salon for writers and musicians. It was, in fact, the poet Alexander Pushkin’s last stop on his way to a fatal duel.

Located on a bustling corner of Nevsky Prospekt, the two-story, butter-yellow building with baroque flourishes overlooks the Moika River. Its appearance hasn’t changed much since 1812, when it was the Wolf & Beranget confectionary, offering an array of sweets alongside free newspapers and magazines for the city’s ladies and gentleman of taste.

It wasn’t long before it became a gathering place for some of the great literary minds of the time, including Fyodor Dostoyevsky and Alexander Puskin.

Pushkin is considered the greatest Russian poet and was the founder of modern Russian literature. Born into nobility in Moscow, he was raised by maids and French tutors., so he was fluent in French, the language of the educated and wealthy. But his much-adored nanny also taught him to speak Russian and all about Russian folklore. 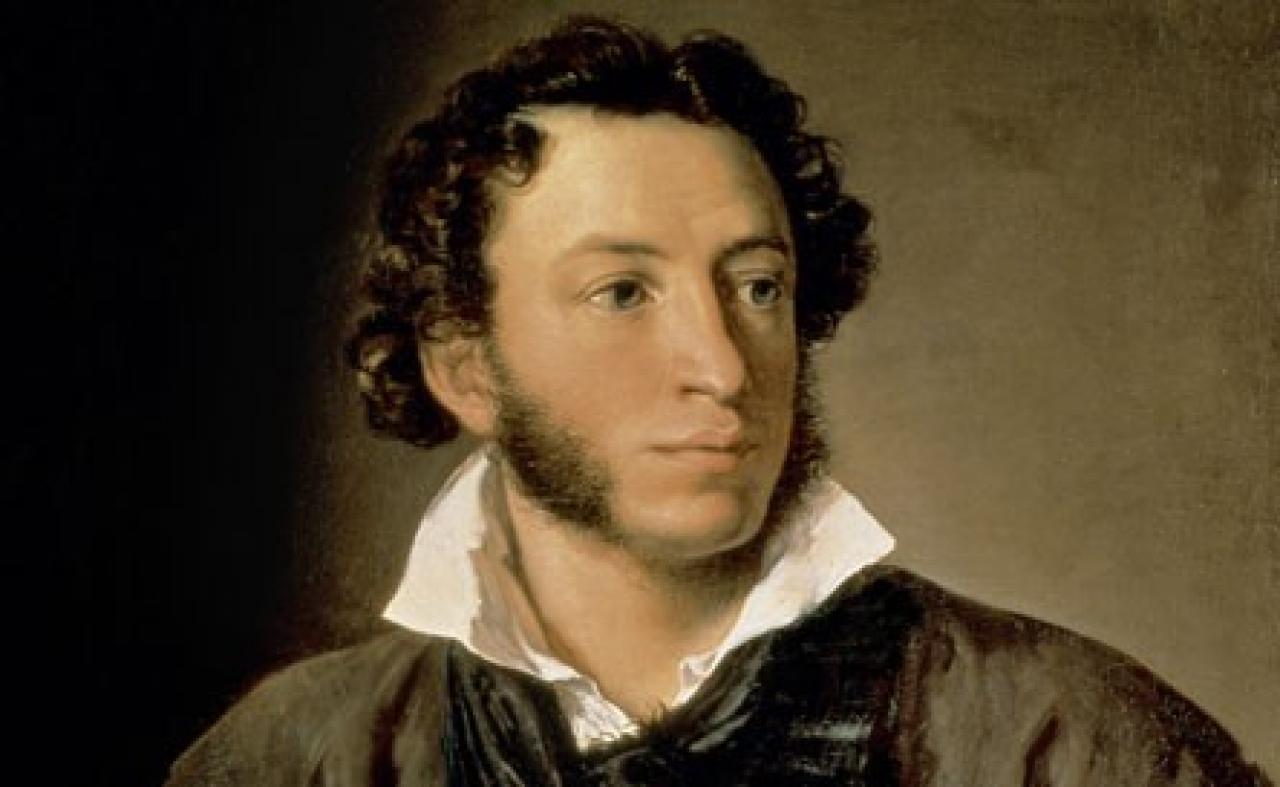 Though he was high-born, Pushkin seems to have been both rebellious and daring. One of his most famous poems is the love poem To***, which is thought to have been written for Anna Petrovna Kern, his married lover. Russian writer Vladimir Nabakov famously said that Pushkin defied translation, but here’s an excerpt anyway:

We’re partial to the poem he recited at his graduation ceremony, Ode to Liberty. He wrote it when he was just 15 years old, and it was considered quite subversive at the time. It was so problematic, he was exiled by Tsar Alexander I. Here’s an excerpt to give you the gist:

Pushkin continued to be surveilled by the Tsar’s political police and was unable to publish his works. But in 1825, he wrote what would become his most famous play: Boris Godunov, a dramatization of the life of the 17th-century Russian ruler. Pushkin was prohibited from publishing his play for five years, and then only a censored version was available. The original, uncut, uncensored version of the drama wasn’t staged until 2007. (A knowledge of Russian history really helps with understanding the play, but you can read a synopsis here, if you’re curious.)

Unfortunately, the passions that gave Pushkin’s works their power also lead to his demise. He’d been involved in 26 duels in his lifetime, beginning when he was just 17 years old when he challenged his uncle to a duel in retaliation for separating Pushkin from his girlfriend at a ball. Most of the standoffs were ultimately canceled, but on 27 January 1837, the bullets flew. (Read more about Pushkin’s ill-advised history of dueling.).

Pushkin and his brother-in-law Georges-Charles de Heeckeren d’Anthès set a date to meet at Black River on the outskirts of St. Petersburg to resolve their disagreement. This showdown was necessitated by a variety of insults, most significant of which seems to be that the French officer had attempted to seduce Pushkin’s wife.

According to legend, at about 4:00 in the afternoon of the duel, Pushkin stopped into the confectionery. He drank a glass of water (or lemonade, the record is fuzzy), and then took a sled to Black River to face his foe. All for the love of his wife Nathalie (or, perhaps, more accurately, pride). 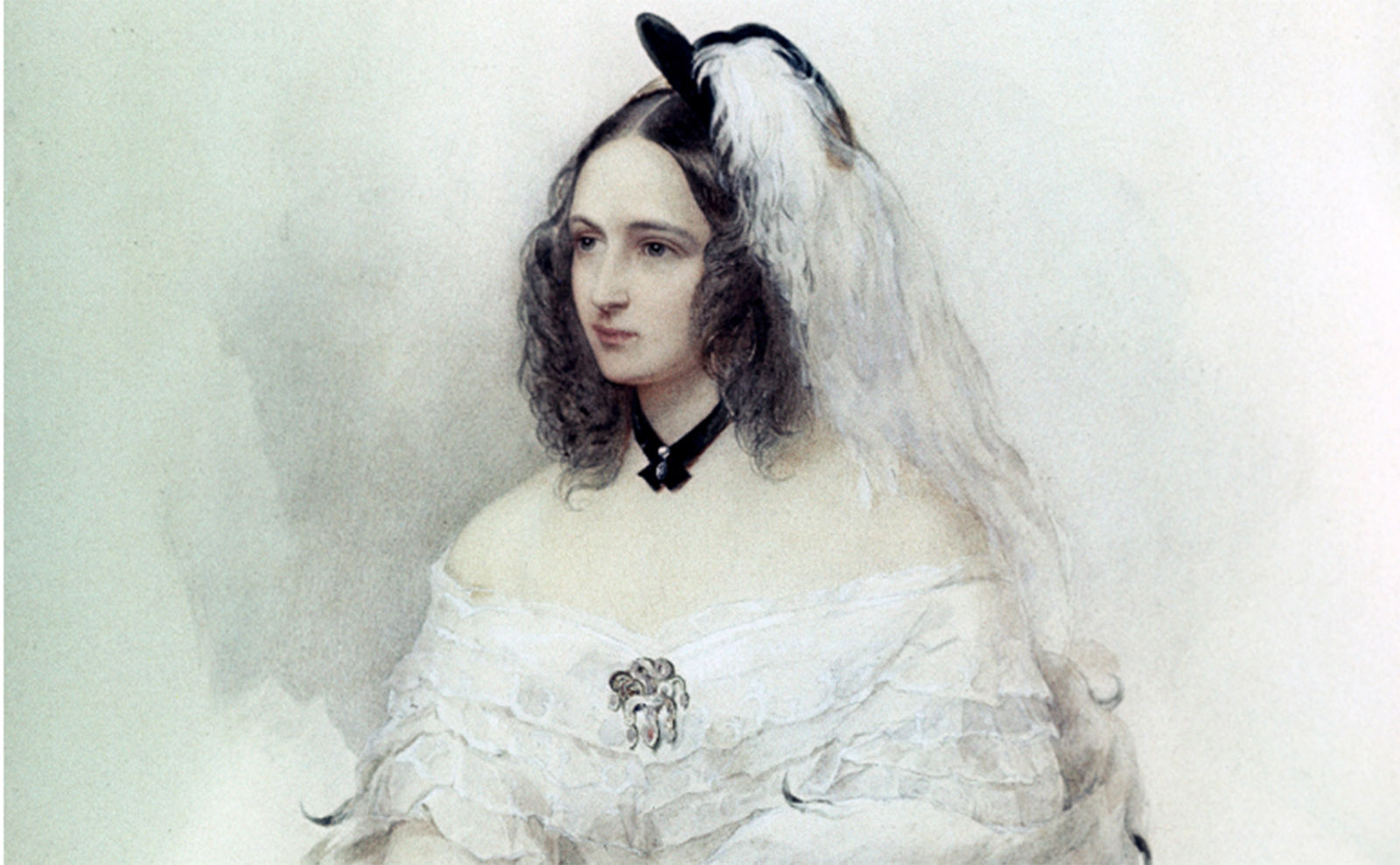 Rather than the traditional 25 to 30 paces between them, the men stood just 10 paces apart. D’Anthès fired first, and the bullet entered at Pushkin’s hip, penetrating his abdomen. As Pushkin fell, he fired; D’Anthès was only lightly wounded in the right hand. Two days later, Pushkin died from the inflammation in his abdomen.

Forty years later, the confectionery was replaced with a posh restaurant where musicians like Pyotr Tchaikovsky and Feodor Chaliapin met to eat, drink, and be merry. But perhaps the café is cursed: It’s said that Tchaikovsky drank from a cup of water there in the fall of 1893 that was laced with cholera. He died on 6 November.

Now we fast forward almost a century in our story to arrive in 1983 and the start of the restaurant currently known as the Literary Café.

The exterior remains quite unchanged, and the dining areas are reminiscent of 19th-century drawing rooms with gilt, fine fabrics, and soft lighting.

The waiters wear crisp white shirts with black trousers, waistcoats, and dapper bow ties, as they serve a traditional menu of Russian and French cuisine. Dishes like mixed pickles or toasts with herring and boiled potatoes. Cabbage soup with a puff pastry ‘hat’ and blini with salmon, dill, and sour cream. Pelmeni (dumplings) and caviar and duck breast and beef stroganoff. And desserts. The desserts! Baked pears and nut cake and the pièce de résistance: pavlova meringue with cloudberry jam.

Tea is served from an ornate samovar, and every evening, in a second-floor room adorned with Trompe-l ‘œil books, there are live performances with piano, violin, vocalists, poetry, and — if you’re lucky — dancers. The staircase between the two floors is decorated with portraits of the heroes of Russian literature. And for added kitsch, if not authenticity, a wax figure of Alexander Pushkin sits at a table by the window, overlooking the Moika. 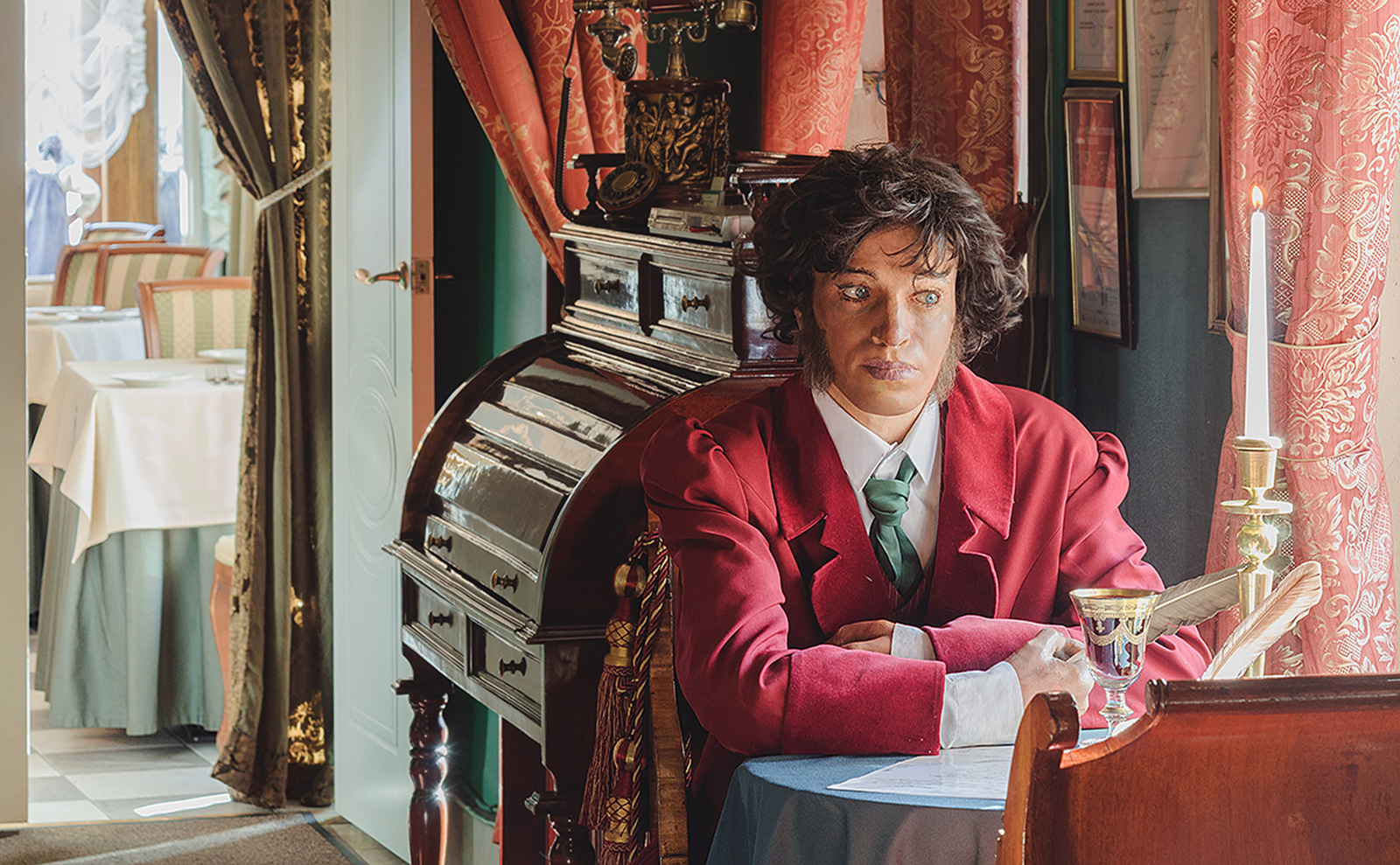 In March 2019, Sergey Baklykov, the host of the YouTube show Real Russia, visited the Literary Café; get a look at the neighborhood, the dining room, and the food.

Russian Nibbles & Vodka Inspired by the Novel 'A Gentleman in Moscow'

Zakuski, cold snacks enjoyed with vodka (or black tea), are a Slavic celebration of this life, this day, this moment with the people you hold dear. Grab your besties, this book, and raise a glass. Za vashe zrodovye!