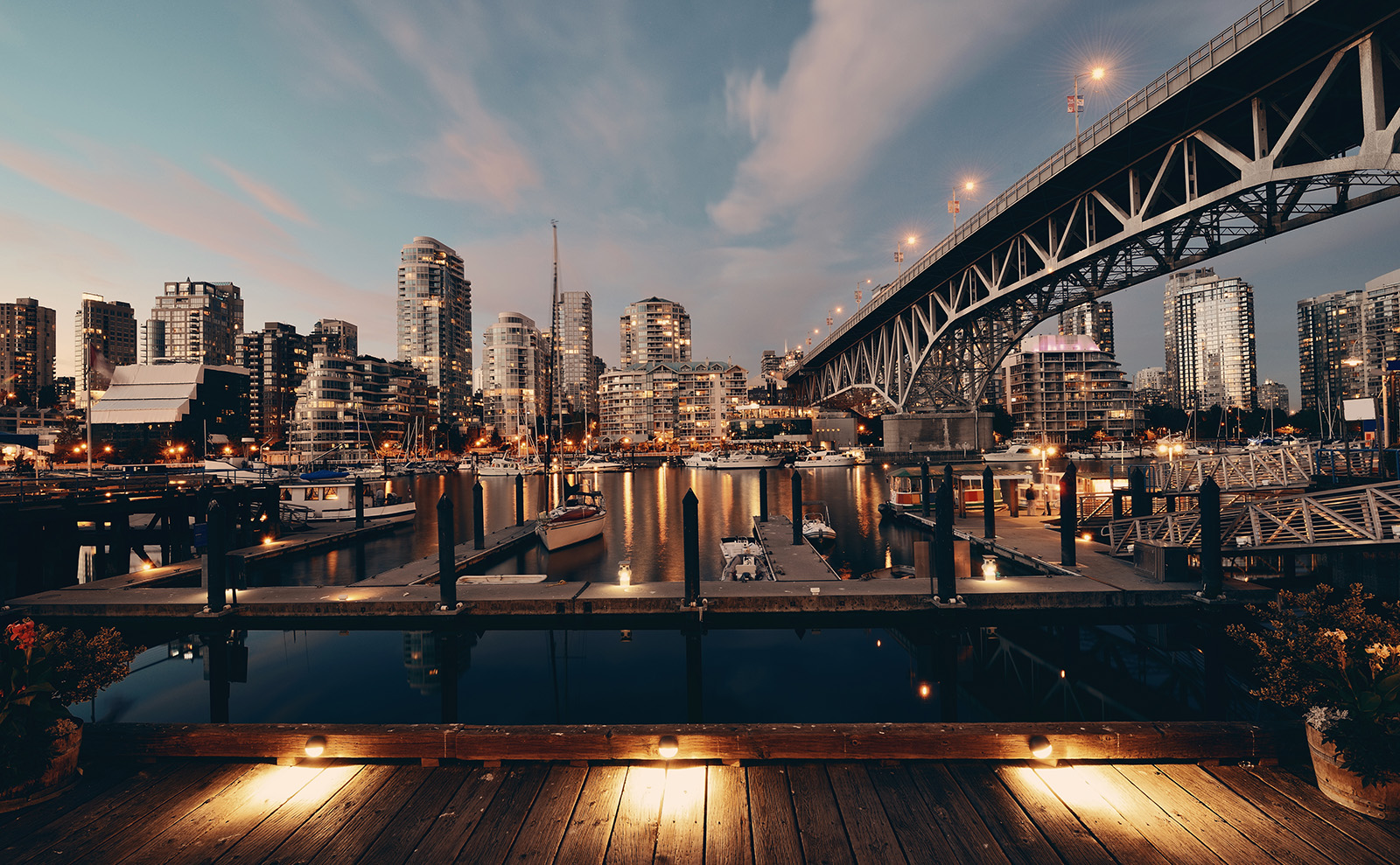 Author A.J. Devlin’s anti-hero ‘Hammerhead’ Jed Ounstead is a pro-wrestler, bar bouncer, and dogsbody for his father’s detective agency. He’s mouthy, perhaps a bit bolder than wise, and he rolls with the punches, even when it hurts.

In the first novel in the series Cobra Clutch — recently released on audio — Jed goes on the hunt for an escaped pet snake and soon finds himself among the vipers of Vancouver’s criminal underworld.

In Rolling Thunder, the new installment to be released on 15 May, he’s drawn into a missing-persons case that involves, in no particular order, flat-track roller derby, dachshund races, underground adult entertainment, and a truly avant-garde painter. It’s all in a day’s work for the detective and his sidekick, an Irish barback armed with quips and fists at the ready. 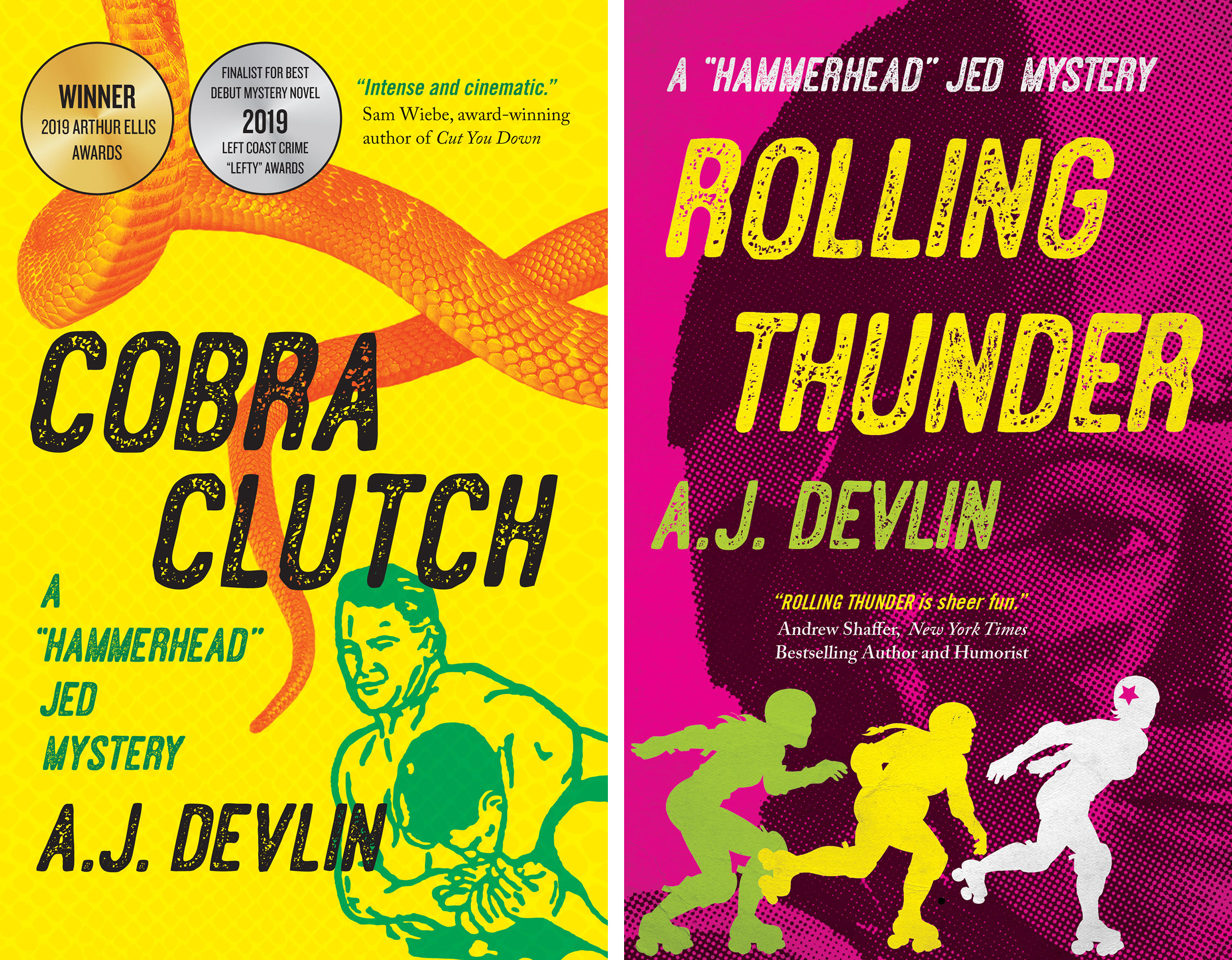 As a crime-series fanatic and a retired flat-track rollergirl, I was eager to read Devlin’s take on our derby subculture in Rolling Thunder. He nailed it like a body shot from a roller derby blocker with anger issues; look for our recommendation in Weekend Getaway on 21 May.

Until then, go on adventures from Vancouver to Los Angeles, the pro wrestling arena, East Texas, NYC, and more with A.J.’s picks for crime novels that deliver armchair travel with plenty of suspense. — Melissa

A.J., you’re originally from Vancouver. What’s your favorite book with a strong sense of your hometown?

There are so many great Vancouver crime novels, especially of late. But if I had to pick one, it would be Vancouver Noir. This is a collection of great short stories, all showcasing Vancouver and its unique, vibrant, and sometimes lesser-known elements. It was edited by Sam Wiebe, who wrote another solid Vancouver-based series Invisible Dead, starring his P.I. Dave Wakeland.

You took a break from Canada for a while while you went to school in Southern California — a known hotbed of crime fiction. What’s your favorite novel set there?

I love The Last Coyote by Michael Connelly. In my opinion, it’s the best in his epic Harry Bosch series, and by far, the most personal and intimate case Bosch works in any of the novels. It’s also probably my favorite book ever. The city of Los Angeles shines in this novel. I lived in Hollywood for four years while in college, and I can tell you: When you read the book, it feels like you are in LA.

When I found out that my first book Cobra Clutch would be released on audiobook, I decided to listen to Connelly’s The Night Fire — also excellent and narrated by Titus Welliver, the actor who plays Harry Bosch on the Amazon TV show, which is just so cool.

Pro wrestling and flat-track roller derby are both characters in your novels. You obviously enjoy offbeat sports. Do you have a favorite book — fiction or non — set in the world of sports?

I do indeed enjoy offbeat sports! I love how each one has its own unique history and subculture. For favorite books… I would have to say for fiction it would be Deal Breaker, the first in Harlan Coben’s sports-agent-turned -amateur-sleuth series. For non-fiction it would be pro wrestling legend Chris Jericho’s A Lion’s Tale: Around The World In Spandex. It’s a funny, charming, eye-opening glimpse into all facets of the world of professional wrestling.

What’s the crime novel you would like to put into everyone’s hands?

Aside from my soon-to-be-released book Rolling Thunder, I would love for everyone to read The Monkey’s Raincoat by Robert Crais. It’s a mystery-comedy about a wise-cracking P.I. named Elvis Cole. He lives in Los Angeles and works cases with Joe Pike, his intriguing and lethal sidekick. This book — the whole series, really — is just an all-around fun, fast-paced, and fantastic crime novel. This book, in particular, was a huge inspiration for my ‘Hammerhead’ Jed series. Crais writes about LA beautifully, I wanted to really showcase Vancouver and make it clear that Jed’s adventures could only take place in my hometown.

My dynamic of a lead wise-cracking detective who has dangerous, but fiercely loyal sidekick is similar to Elvis Cole and Joe Pike, but with Jed’s pro wrestling background, plan has always been to have him worke cases in the worlds of fringe sports and unique subcultures.

Armchair travel time: You can magically be transported into any book. What is it and why?

I would have to pick Rumble Tumble by one of my favorite mystery authors Joe R. Lansdale. If, for no other reason, than to pal around with Hap and Leonard, a couple of amateur sleuths, in East Texas. The bulk of their adventures take place around LaBorde, a rural part of the state. The novels definitely have a good-ol’-boy, Dukes of Hazzard feel to them — those two always seem to find themselves caught up in hilarious hijinks and all kinds of trouble.

Last question: Through a series of wacky circumstances, you become a PI, and you need to be on an all-night stakeout. Which detective do you want in the passenger seat? What are you eating? And what’s on the radio?

Separating Hap and Leonard just feels wrong, and I think if I had Harry Bosch by my side, he’d roll his eyes a lot, point out all of the mistakes I had been making, and lecture me about how ‘Everybody counts or nobody counts.’

I think Matthew Scudder — from the novels by Lawrence Block — would be a buzzkill and Adrian Monk — the TV detective with OCD — would drive me crazy because there’s no way that guy wouldn’t stop fiddling with the air conditioning. As a result, I’d have to go with Joe Pike. He’s not the most loquacious of company, but at least I’d be guaranteed to have some peace and quiet. Plus, with how much he runs, I know that guy could easily put away a footlong Subway sandwich and would say nothing while I played Sunglasses At Night by Corey Hart on a continuous loop.

A.J. Devlin grew up in Vancouver, then spent six years in where he earned his degrees in screenwriting — BFA, Chapman University and MFA, The American Film Institute. ‘Cobra Clutch,’ the debut book in his mystery-comedy series, was nominated for a 2019 ‘Lefty’ Award and won the 2019 Arthur Ellis Award for Best First Crime Novel. For more, visit www.ajdevlin.com. 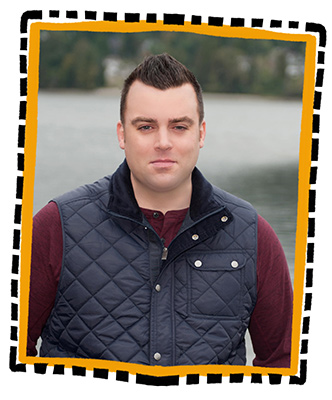