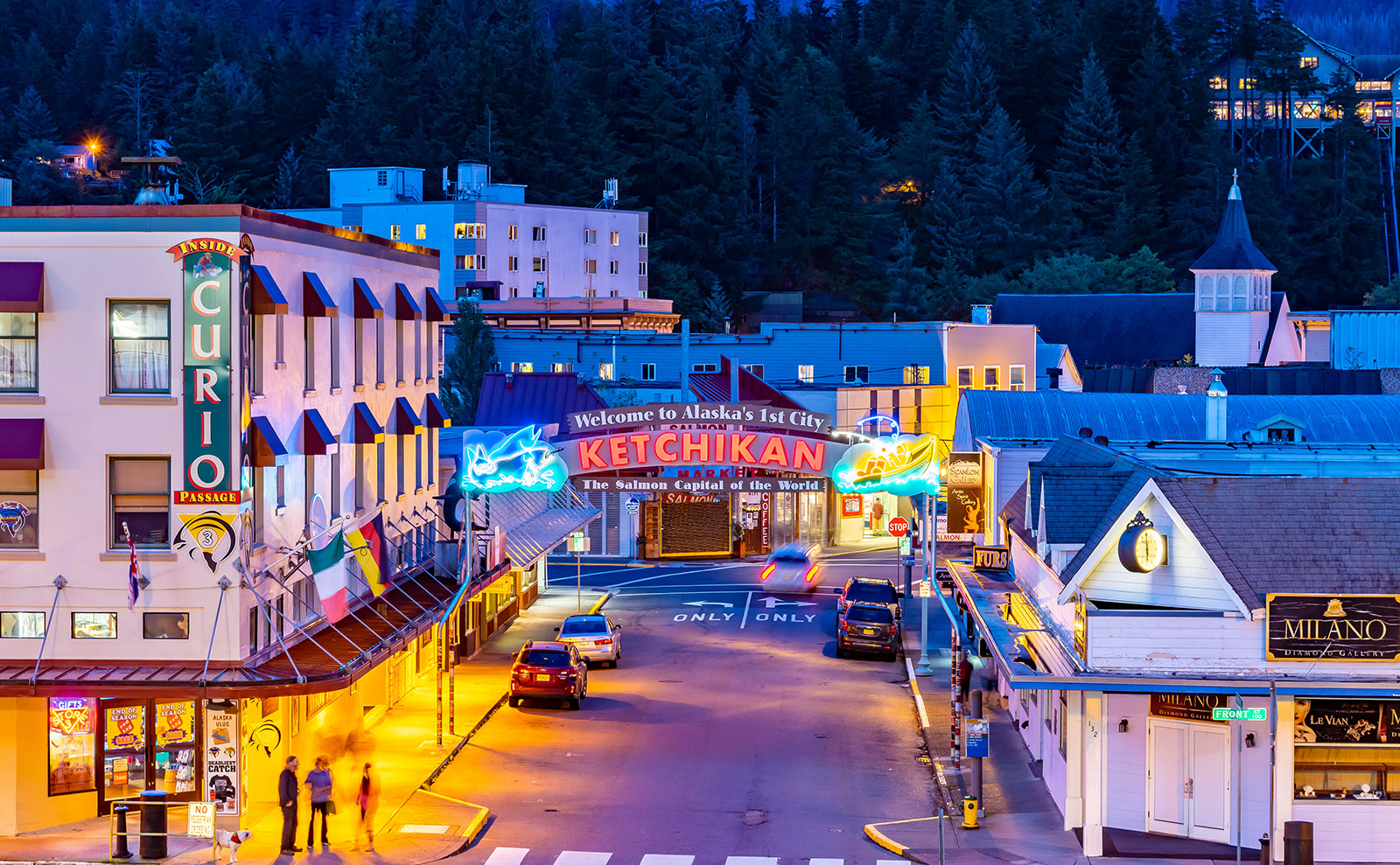 Alaska is the 49th and largest state in the union. It was derided as Seward’s Folly when the US Secretary of State bought the territory from Russia in 1867. But the joke was on critics: Decades later, both gold and oil were discovered in Alaska’s pristine wilderness. The call of adventure was too much for pioneering Americans to resist, and hardy men and women with an independent streak flocked north to settle the wild frontier.

When they arrived, they met the original hardy inhabitants: native peoples who’d been hunting, fishing, and gathering there since 10,000 BCE. Native tribes like the Athabaskans, Aleuts, Inuit, Yup’ik, Tlingit, and Haida had followed migrating animal herds across the land bridge that once connected Russia to Alaska.

But the most noteworthy residents might be the bears, wolves, moose, eagles, whales, otters, sea lions, puffins, seals, and more that populate the state parks and — in some cases — roam city streets, reminding everyone that Alaska is equal parts danger and beauty.

In this episode of our show, we discuss the surprises of life in Alaska, then recommend books that transported us there, including a vivid memoir, two novels in which snow plays a starring role, a coming-of-age story set in the world of commercial fishing, and two books that showcase Alaskan cuisine.

For a complete roundup of all the books we recommend, plus a full transcript and the other cool stuff we talked about, visit the Episode 14 show notes.

Food, wildlife, majestic vistas, quiet moments: the images in these Instagram accounts showcase what makes Alaska such a special place. It's rugged, colorful, somewhat dangerous, and celebrates an independent spirit.