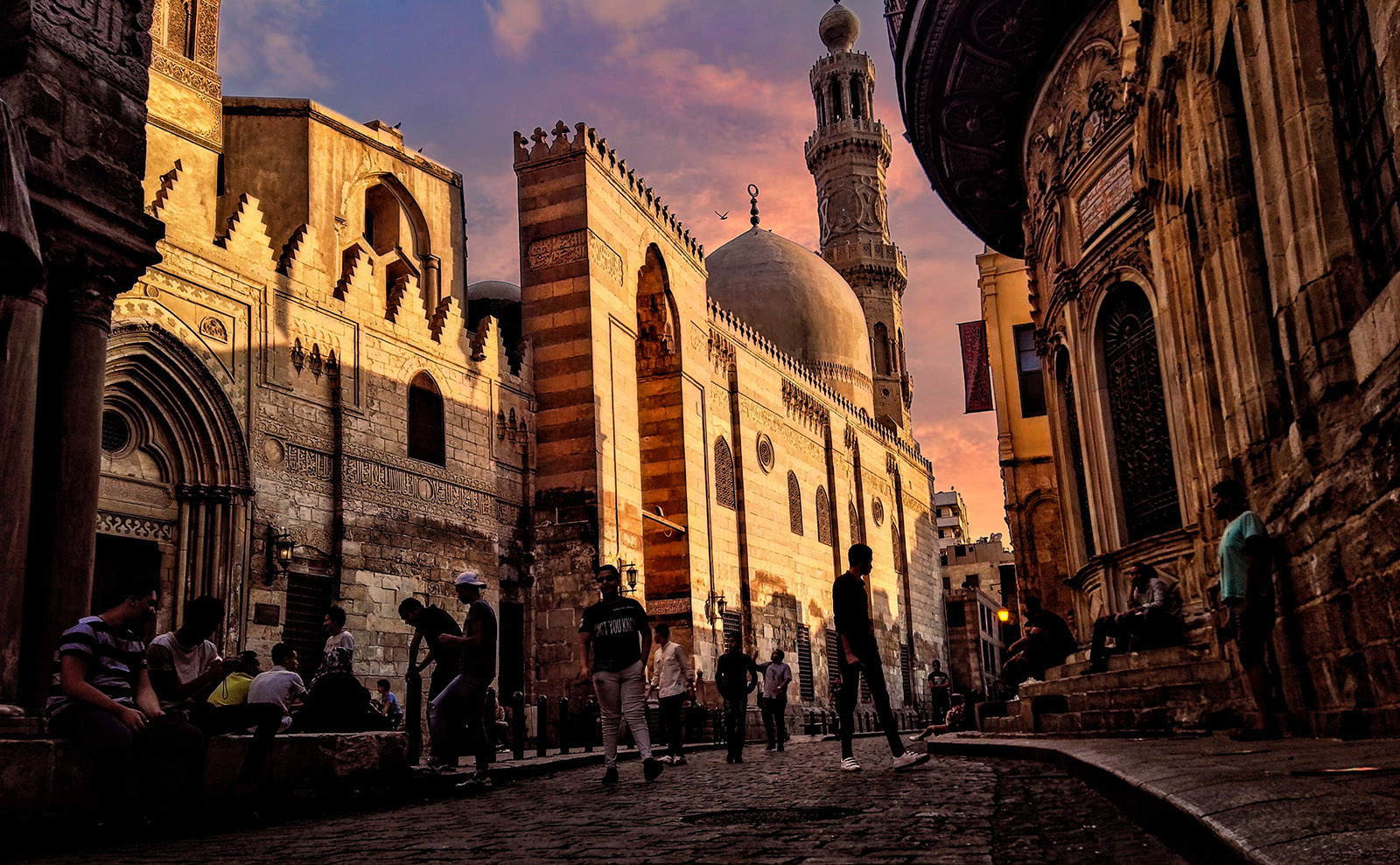 Egypt was one of the world’s first civilizations, with a history that reaches back 5000 years through the sands of time. It’s where writing and two-dimensional drawing and paper began. The god Amun-Ra personified the sun shining down on the deserts — and Osiris, the god of death, inspired a belief in the afterlife that led to the construction of the pyramids.

Life in Egypt clings to the green ribbon of the Nile River that snakes through the country with humans and animals along its length. It’s home to hippos, the Nile crocodiles, and the asp — the poisonous snake that may or may not have sealed Cleopatra’s doom. It’s also a stopover for millions of birds migrating from Europe to Africa.

Egypt has also been the crossroads for human invaders for centuries: Ottoman invaders, Napoleon Bonaparte, and the British. In the past few decades, there’s been rising tension and violence between religious conservatives (see: the Muslim Brotherhood) and secular factions.

But the Egyptian people you’ll meet on the street? They’re friendly, welcoming, and eager to show you the country they love. And with good reason. In addition to the massive shrines in the desert, there’s a world-class museum with the largest collection of ancient artifacts in the world and mosques decorated with breathtaking mosaics. You can also sail on a romantic felucca (Egyptian sailboat) along the Nile, scuba in the Red Sea, navigate the sci-fi calcium formations in the White Desert, or simply enjoy a cup of tea while watching the hustle of daily life.

In this episode, we explore Egypt’s dynamic dynastic history, enjoy the antics of King Farouk, dish about The Mummy, and lots more. Then we recommend five books we love that took us there on the page: a fantasy about the djinn, a photo-rich guide to Egyptian antiquities, a novel about sisters navigating the Arab Spring, and two fictional approaches to history that cast a spell on Mel.

For a complete roundup of all the books we recommend, plus a full transcript and the other cool stuff we talked about, visit the Episode 30 show notes.

Street food is the best food; we won't be convinced otherwise. With this recipe, you can bring koshari — a.k.a., amazing Egyptian street food, into your kitchen. Carby goodness, spicy tomato sauce, fried onions... YES.

Indulge in travel inspiration to explore Egypt, past and present: the colorful urban landscapes of Cairo and Alexandra, ancient ruins amid caramel-colored sand, glowing golden antiquities and gem-encrusted jewels.

Shake up your breakfast routine with this savory, comforting recipe from ancient Egypt. Tender fava beans are simmered with fragrant cumin, then dressed up with colorful additions and warm, yeasty pita on the side.