New episode! Click here to enjoy a virtual stay at a posh hotel. 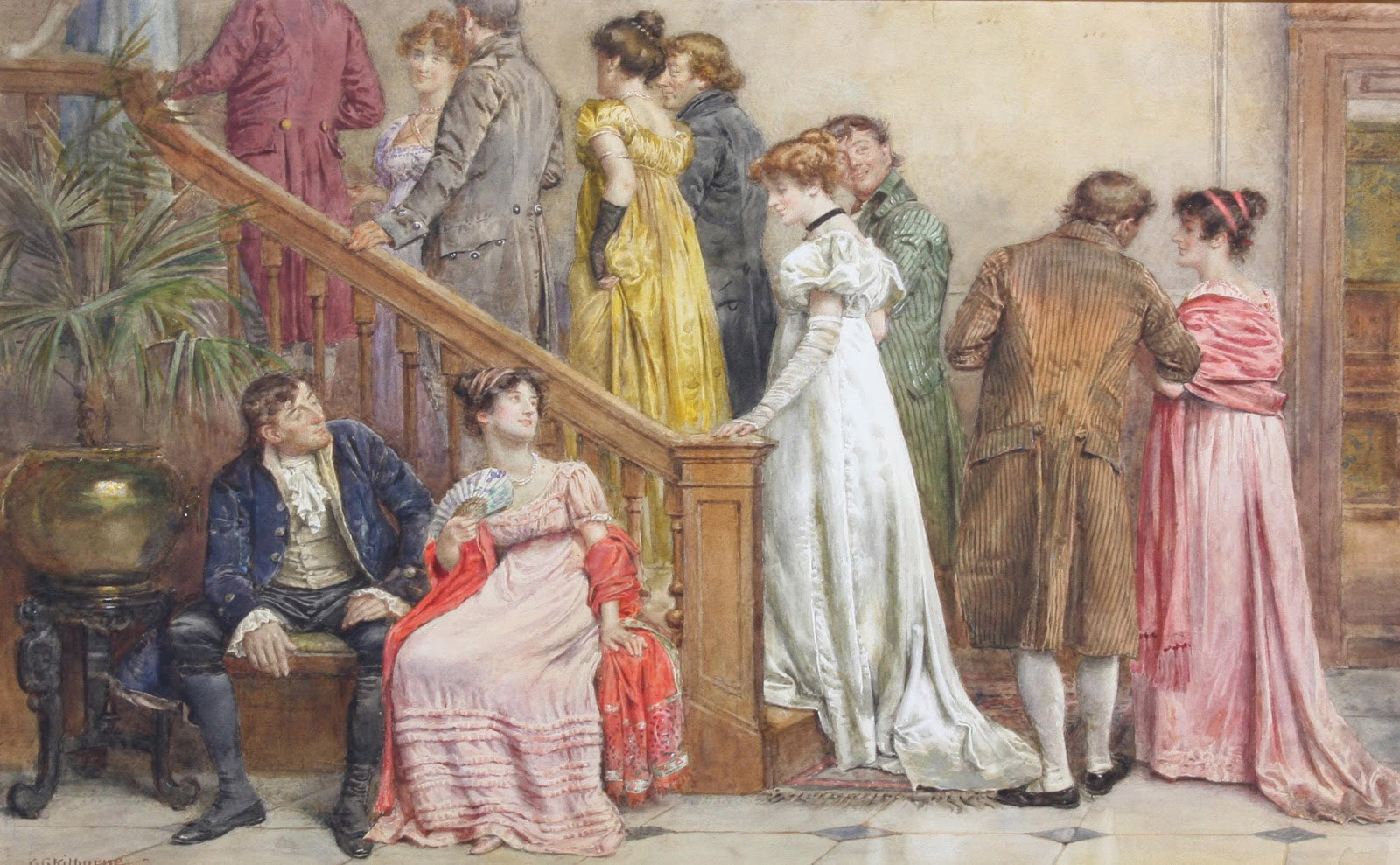 Oh, to be sharing correspondence with Jane Austen. Her many letters to her sister (and best friend) Cassandra are rich with the same humor and clear-eyed assessments as her beloved novels: charming, funny, and personable.

In this letter from November 1800 — just one month before her 25th birthday — Jane recounts a ball she attended the previous evening at Ibthorpe House in the Hampshire village of Hurstbourne Tarrant.

The Georgian Manor House can still be found near Horseshoe Lane along the River Swift. Back in the day, it was home to the Lloyd family: mama and her daughters Martha and Mary, the latter of whom was married to Jane Austen’s brother James.

The ball itself seems to have been a delightful affair, with Jane’s brothers Charles and Edward also in attendance. In this, perhaps, mildly hungover recap, Jane name-drops her dear friend Catherine Bigg, Sir Thomas Champneys (a titled landowner with his own fascinating story), and a handful of other attendees with plenty of snarky commentary. Of course, there was dinner and whist and dancing and, well, it does make one wish for a time-machine and an evening with Miss Jane A.

Need more? Here’s an in-depth look at the role played by country balls in Austen’s novels and a book that collects Austen’s letters.

Your letter took me quite by surprise this morning; you are very welcome, however, and I am very much obliged to you. I believe I drank too much wine last night at Hurstbourne; I know not how else to account for the shaking of my hand today. You will kindly make allowance therefore for any indistinctness of writing, by attributing it to this venial error.

Your desiring to hear from me on Sunday will, perhaps, bring you a more particular account of the ball than you may care for, because one is prone to think much more of such things the morning after they happen, than when time has entirely driven them out of one’s recollection.

It was a pleasant evening; Charles found it remarkably so, but I cannot tell why, unless the absence of Miss Terry, towards whom his conscience reproaches him with being now perfectly indifferent, was a relief to him. There were only twelve dances, of which I danced nine, and was merely prevented from dancing the rest by the want of a partner. We began at ten, supped at one, and were at Deane before five. There were but fifty people in the room; very few families indeed from our side of the county, and not many more from the other. My partners were the two St. Johns, Hooper, Holder, and very prodigious Mr. Mathew, with whom I called the last, and whom I liked the best of my little stock.

There were very few beauties, and such as there were were not very handsome. Miss Iremonger did not look well, and Mrs. Blount was the only one much admired. She appeared exactly as she did in September, with the same broad face, diamond bandeau, white shoes, pink husband, and fat neck. The two Miss Coxes were there: I traced in one the remains of the vulgar, broad-featured girl who danced at Enham eight years ago; the other is refined into a nice, composed-looking girl, like Catherine Bigg. I looked at Sir Thomas Champneys and thought of poor Rosalie; I looked at his daughter, and thought her a queer animal with a white neck. Mrs. Warren, I was constrained to think, a very fine young woman, which I much regret. She has got rid of some part of her child, and danced away with great activity looking by no means very large. Her husband is ugly enough, uglier even than his cousin John; but he does not look so very old. The Miss Maitlands are both prettyish, very like Anne, with brown skins, large dark eyes, and a good deal of nose. The General has got the gout, and Mrs. Maitland the jaundice. Miss Debary, Susan, and Sally, all in black, but without any stature, made their appearance, and I was as civil to them as their bad breath would allow me.

Mary said that I looked very well last night. I wore my aunt’s gown and handkerchief, and my hair was at least tidy, which was all my ambition. I will now have done with the ball, and I will moreover go and dress for dinner.

We had a very pleasant day on Monday at Ashe, we sat down fourteen to dinner in the study, the dining-room being not habitable from the storms having blown down its chimney. Mrs. Bramston talked a good deal of nonsense, which Mr. Bramston and Mr. Clerk seemed almost equally to enjoy. There was a whist and a casino table, and six outsiders. Rice and Lucy made love, Mat. Robinson fell asleep, James and Mrs. Augusta alternately read Dr. Finnis’ pamphlet on the cow-pox, and I bestowed my company by turns on all.

The three Digweeds all came on Tuesday, and we played a pool at commerce. James Digweed left Hampshire to-day. I think he must be in love with you, from his anxiety to have you go to the Faversham balls, and likewise from his supposing that the two elms fell from their grief at your absence. Was not it a gallant idea? It never occurred to me before, but I dare say it was so.

Farewell; Charles sends you his best love and Edward his worst. If you think the distinction improper, you may take the worst yourself. He will write to you when he gets back to his ship, and in the meantime, desires that you will consider me as