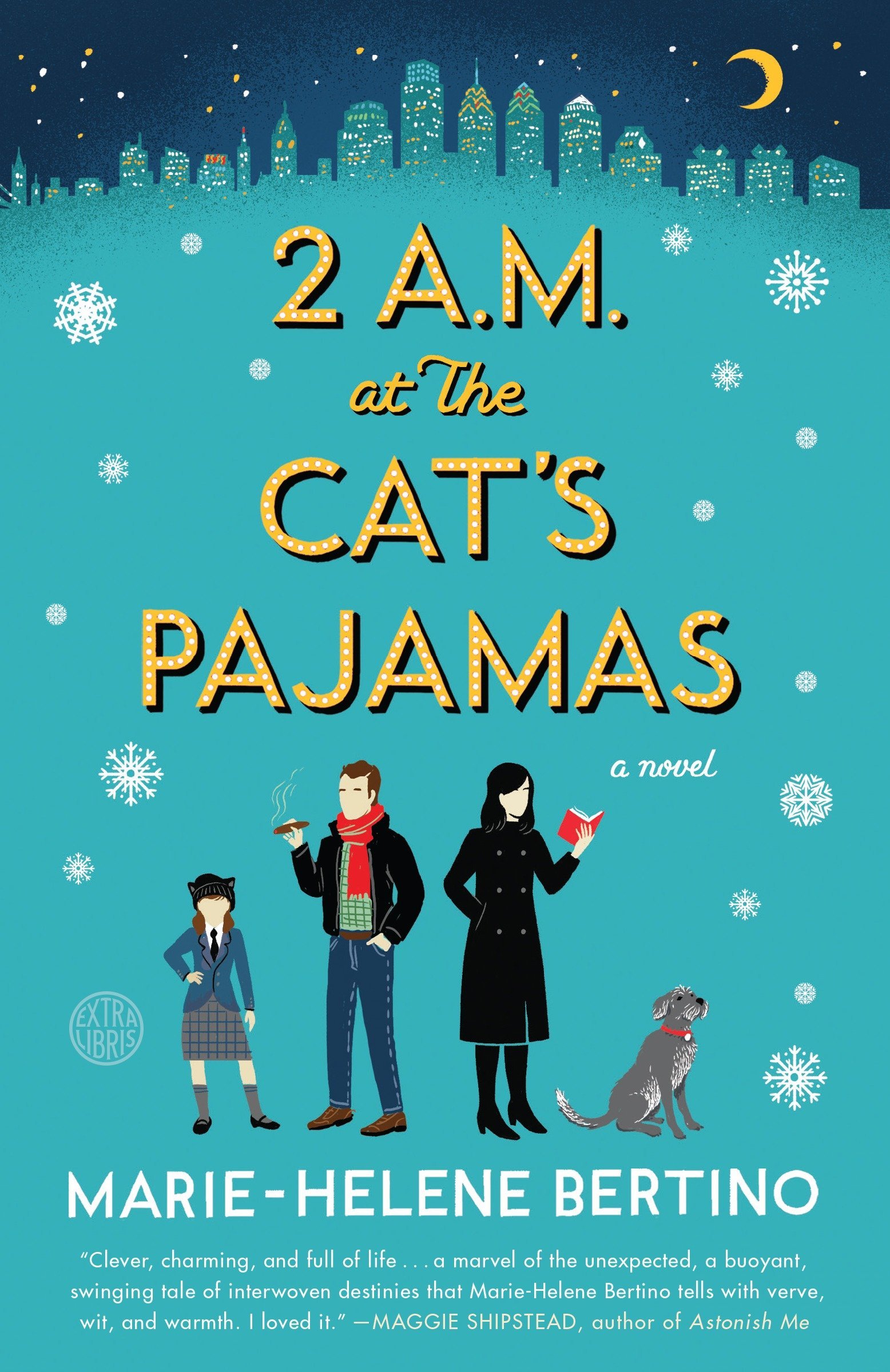 This coming-of-age story (288 pages) was published in August of 2014 by Pan Macmillan. The book takes you to Christmas Eve in Philadelphia. Melissa read 2 A.M. at The Cat's Pajamas and loved it; it wouldn't be on our site if she didn't recommend it.

Friendship, love, cocktails, and destiny collide at a jazz club called The Cat’s Pajamas. It’s Christmas Eve Eve in the Fishtown neighborhood of Philadelphia, and anything can happen.

Two days away from being ten, our heroine Madeleine is an ambitious, trash-talking, cigarette-smoking torch singer who’s trapped in the body of a precocious 9-year old. Her mother has died, and her father is so wrapped up in his own grief, he has nothing left for Madeleine. But her mom gave her a gift before she died: a box of index cards inscribed with life advice like Never show up to someone’s home empty-handed and How to make a fist.

Madeleine’s mother was a dancer and singer ‘whose voice could redirect the mood of a room.’ The legacy of the love notes, along with her inherited ability to sing like an angel, gives Madeleine purpose. She ditches her elementary school classes at Saint Anthony of the Immaculate Heart, then sets out on a mission to find Philadelphia’s legendary jazz club, The Cat’s Pajamas, where she’s determined to make her singing debut.

Madeleine is the star of this story, but she’s surrounded by a supporting cast of characters on life-changing trajectories of their own. We meet Madeleine’s fifth-grade teacher, the kindly proprietor of a neighborhood café, and the owner of The Cat’s Pajamas who just might be in over his head. During one magical day and night, truths are revealed, hope is rekindled, and dreams come true.

The sights and streets of Philadelphia leap off the page: Madeleine’s Catholic school, a café on the corner, snow drifting over Rittenhouse Square and Fairmount Park, the pulsing rhythm of jazz inside the club, and the strong sense of community that flourishes in old city neighborhoods.

This novel tackles the big stuff of life, like loyalty and responsibility, loneliness and love, the inexorable march of time. The prose is charming, breezy, and sometimes laugh-out-loud funny — until Marie-Helene Bertino decides to punch you in the solar plexus in the best way possible.

Every Friday, we share our favorite book- and travel-related links. This week, we've got reading nooks, what Jessica Fletcher is reading, California's Angel Island, Castles of Scotland, mustachioed monkeys & more.