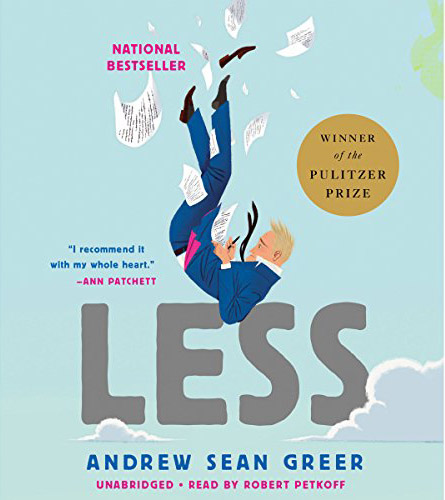 This humorous Pulitzer Prize winner (8 hours and 17 minutes) was published in July of 2017 by Hachette Audio. The audiobook takes you to Paris, Berlin, Morocco, and more. Melissa listened to Less and loved it; it wouldn't be on our site if she didn't recommend it.

Narrator Robert Petkoff is an American stage actor known for his work in productions of Shakespeare and he gives voice to the humor of Arthur Less’s experiences. Alternately poignant, wry, charming, and clueless, his Arthus is sometimes frustrating and always irresistible.