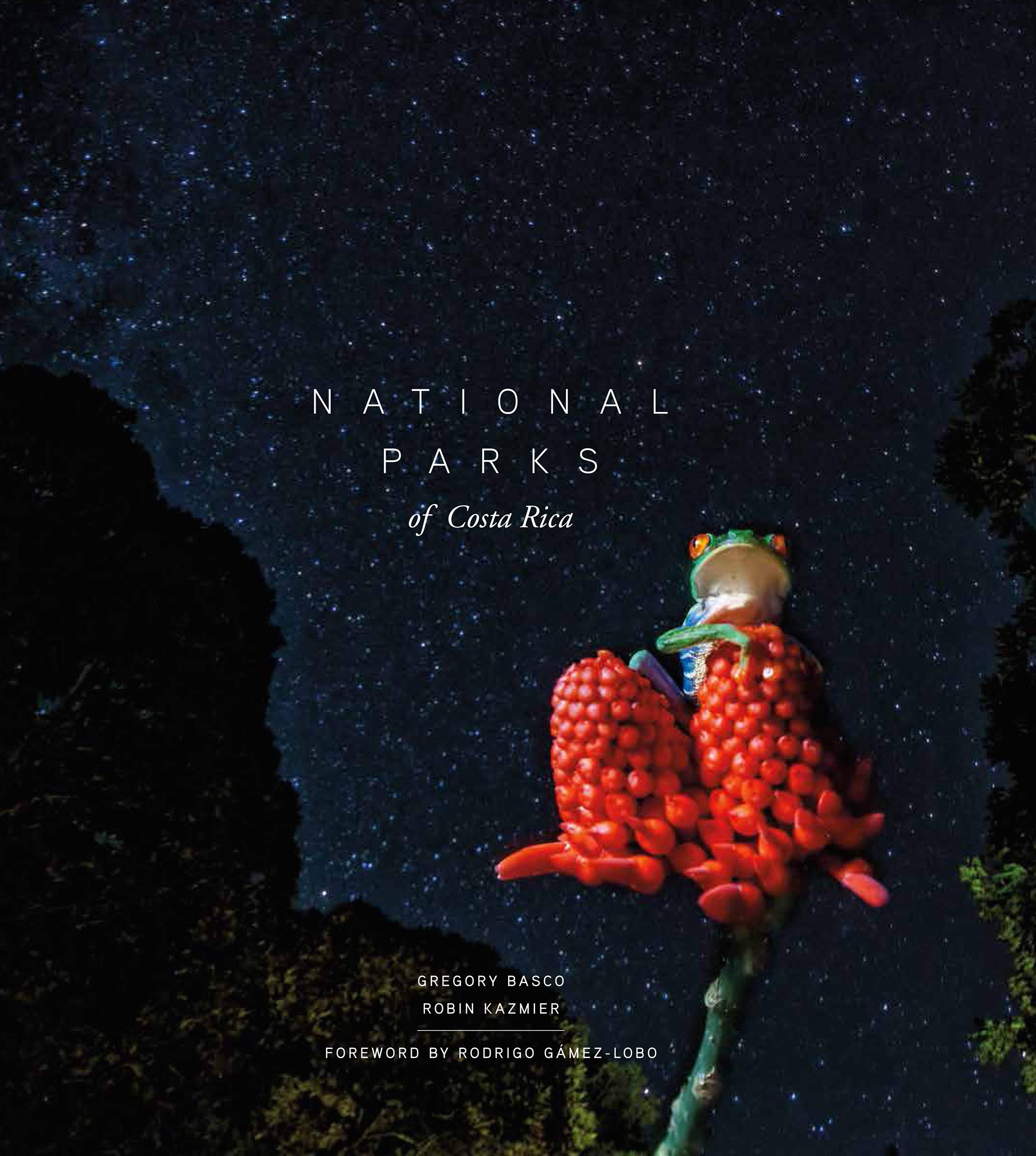 This photography collection (304 pages) was published in October of 2015 by Comstock Publishing. The book takes you to Costa Rica's lush landscapes. David read National Parks of Costa Rica and loved it; it wouldn't be on our site if he didn't recommend it.

Plop this gorgeous, large-format book on your coffee table and get lost in the candy-colored wonder that is Costa Rica.

Photographed by award-winning photographer Gregory Basco (who lives in Costa Rica) and written by Robin Kazmier — science editor at PBS’s long-running science series NOVA, this is an immersive exploration of 10 of Costa Rica’s national parks.

The small nation of Costa Rica takes its national parks very seriously. Parks comprise 25% of its total landmass, and some of them are reserved exclusively for the animals and plants that live there. No humans allowed. Costa Rica is home to the largest remaining (and growing) tropical dry forest in the world, the largest mangrove forest in Central America, legendary cloud forests, and numerous sea turtle nesting sites.

Arranged by park, this book uses almost-painfully beautiful photos to take you on a tour of the flora, fauna, and landscapes of Costa Rica, from rainforest to coastlines, mountains and rare dry forest.

Kazmier’s accompanying prose is incisive and insightful, delivering context — location, must-see details, and the park’s significance – along with vivid flavor text. You’ll feel the humidity and hear the chattering of the monkeys.

Let’s talk about the animals! There are sea turtles, anteaters, crocodiles, sloths, whales, birds of all colors and sizes, dolphins, and kinkajou. A photo of a tiny green snake squaring off with a hummingbird won’t soon be forgotten. Nor will the image of a swath of bioluminescent single-cell organisms crashing into and lighting up a shoreline at night.

This delightful book isn’t a traditional guidebook — but if you’re planning a trip to Costa Rica, it delivers inspiration and insider info that can’t easily be found anywhere else (not even online.) Compelling and surprisingly uplifting, this book also makes it easy to be an ecotourist from the comforts of home.

How did such extraordinary diversity of wildlife and habitats come to be? Millions of years ago, the North and South American continents were separated by an ocean, and each landmass had a distinct set of plant and animal species. Geological processes, driven by plate tectonics, slowly began to form the Central American isthmus. Somewhere between 15 and 12 million years ago, the gap between the continents was finally closed, with the gradual emergence of what are now Costa Rica and Panama; this ‘final’ piece of the isthmus is often referred to as the Panamanian land bridge. With this linking of the continents, animals in the north began to move south and animals in the south began to move north, an event known as the Great American Interchange. This led to the mixing of species — many meeting for the first time in Costa Rica — and the extension of the ranges of many. Today, a number of animals originally from North America reach their southern limit in Costa Rica, and the same is true for several animals originally from South America, who reach their northern limit in Costa Rica. — Gregory Basco & Robin Kazmier