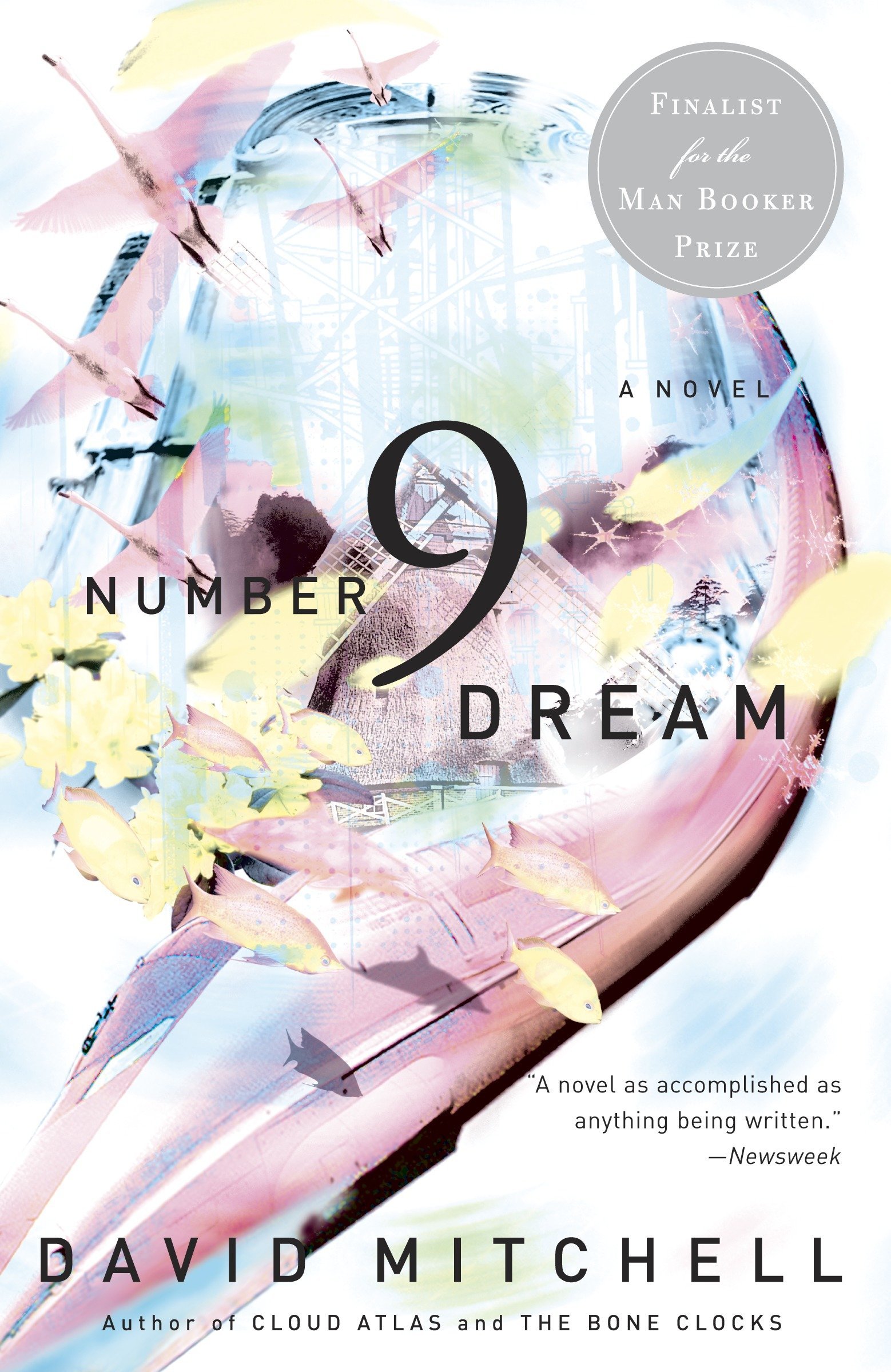 This cyberpunk family drama (416 pages) was published in February of 2003 by Random House. The book takes you to the Tokyo underworld. Melissa read Number9Dream and loved it; it wouldn't be on our site if she didn't recommend it.

Twenty-year-old Eiji Miyake has lost the two women who mean the most to him — his mother and his twin sister. Now he’s left his idyllic rural home on the Japanese island of Yakushima for Tokyo. He’s on a quest to find the father he never knew.

Our hero is a dreamer. But as circumstances spiral rapidly out of his control, he becomes a young man of action — even as the line between his real-world experiences and his dreams begins to blur. As he gets closer to identifying the father who abandoned him, he’s caught up in capers and conundrums he could never have imagined.

Alone and troubled in an overwhelming city, Eiji finds himself in the unexpected care of new friends. And also in the crosshairs of dangerous enemies. There’s a yakuza crime gang, ‘the waitress with the beautiful neck,’ a video-store-clerk-turned-landlord, and a wealthy law student who is temptation incarnate.

A sweeping, sprawling, wandering adventure, this novel is a bit like Dickens’ Great Expectations reset in the heart of Tokyo and filtered through cos-players, karaoke bars, and video-game screens.

The novel is divided into nine chapters — Just what does the number nine mean?! — and each is written in a distinct narrative style: action-adventure, detective procedural, sweet romance, folklore, cyber-thriller, war story, and more. It’s an exhilarating thrill ride. But because it’s David Mitchell, there’s substance beneath the dazzle.

As the sad events that set Eiji on his path are gradually revealed, his quest becomes a true hero’s journey. You’ll root for him and his new-found friends to triumph to the last stirring page.

Tokyo is a model of that serial big-bang theory of the universe. It explodes at five p.m. and people matter is hurled to the suburbs, but by 5 a.m. the people-matter gravity reasserts itself, and everything surges back toward the center, where mass densens for the next explosion. — David Mitchell

This sweeping adventure will whisk you away with a charming hero to two remarkable destinations: Yakushima Island's dense cedar forests draped with lush moss and the kinetic energy of neon-and-karaoke Tokyo. Buckle up!