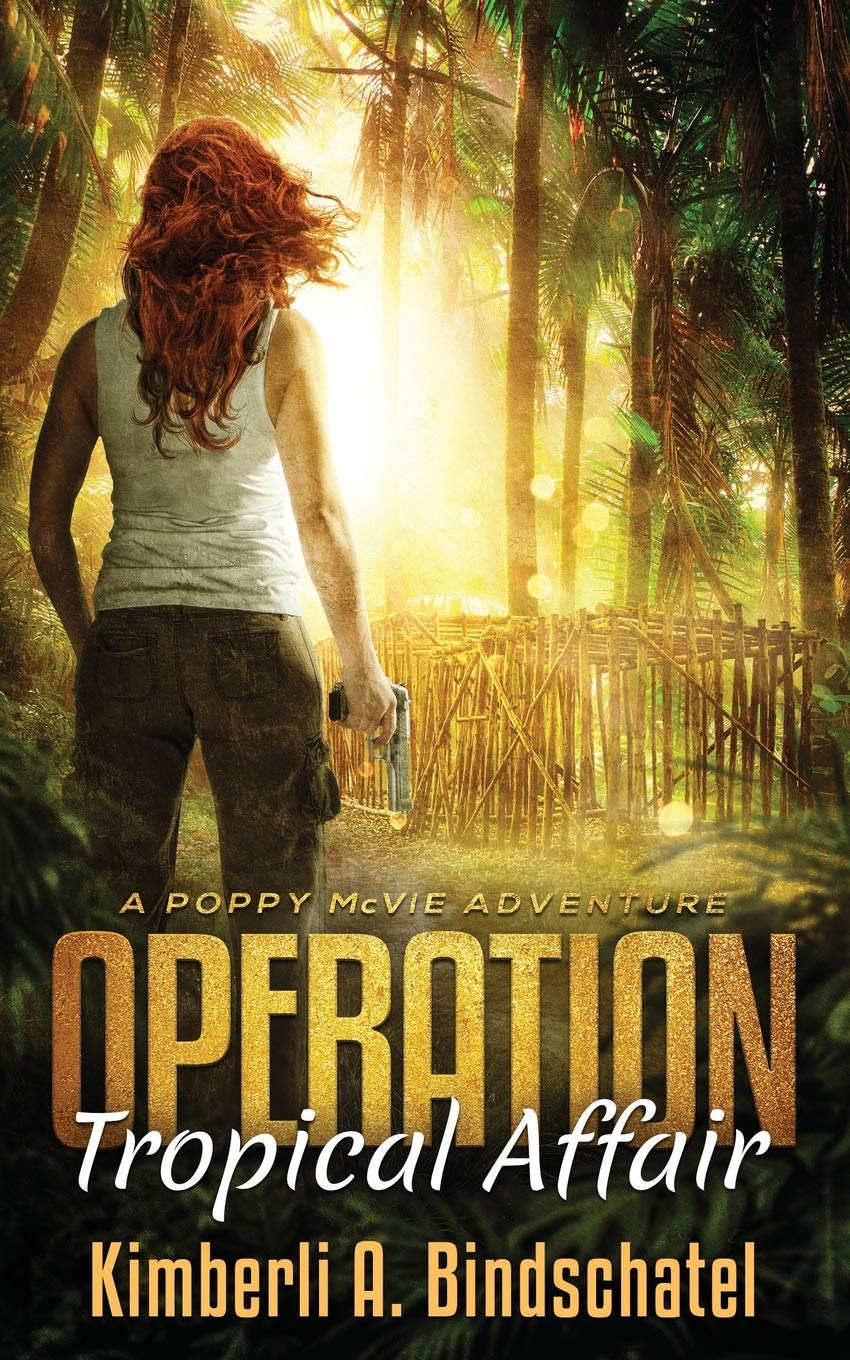 This romantic adventure story (216 pages) was published in May of 2015 by Turning Leaf Productions. The book takes you to the jungles of Costa Rica. Melissa read Operation Tropical Affair and loved it; it wouldn't be on our site if she didn't recommend it.

Head to the beaches and jungles of Costa Rica with our brazen heroine Poppy McVie in this breezy mashup of action-adventure, suspense, and rom-com. Warning: sass, danger, and steamy romance ahead.

Imagine the exact opposite of an idealized U.S. Fish and Wildlife Service agent, and you’ve got Poppy McVie. She’s six-feet-five-inches of attitude stuffed into a cute, 5’2” woman’s frame. And she’s routinely underestimated by wildlife poachers right up to the second she’s slapping the handcuffs on their wrists. She’s also dangerously obstinate and is challenged by following rules — any rules.

When the story opens, she’s in Michigan’s Upper Peninsula, tracking poachers she’s convinced are after a recently released bear. After handily saving the bear and kicking the poachers’ butts, she gets a call from Special Ops: They’re nine months into an undercover operation to bust a ring of exotic animal traffickers in Costa Rica. And they need Poppy to join the team.

In her quest to thwart the bad guys and save innocent animals, she routinely picks fights with her investigative partner, gets tangled up with a sexy animal rights activist, befriends a one-armed monkey, and finds herself at a beach party and a high-stress dinner with the smugglers — both of which threaten to blow her cover.

Author Kimberli A. Bindschatel is an animal lover and wildlife photographer. She’s rappelled down a waterfall in Costa Rica, rafted the Grand Canyon, had a run-in with an Alaskan grizzly bear at ten feet, snorkeled with stingrays, and white-water kayaked a Norwegian river. Through Poppy’s adventures, Bindschatel is on a mission to bring attention to the global problem of animal trafficking — now an annual $20 billion business third only to drug and weapons sales.

Every page of this story is firmly rooted in Costa Rica, and the action is nonstop. It’s an exhilarating and entertaining way to explore this Central American country and raise awareness of the blight of animal trafficking.

There was no denying though, this truly was a nature lover’s paradise. The trees were filled with birds, squawking, chirping, chattering. An iguana scampered off the path where it had been basking in the morning sun. From above, I heard a distinctive swish in the canopy. Two white-faced capuchin monkeys scampered across a limb like a couple of squirrels. The way these two could romp through the treetops was breathtaking to watch. They dropped down, one at a time, to swing on a hanging vine, then flip over onto the next limb, keeping balance with their prehensile tails. One seemed to notice I’d stopped. He sat back on his haunches, his arm around a branch, his round, black eyes lit with curiosity as he chittered at me with his high-pitched call. — Kimberli A. Bindschatel