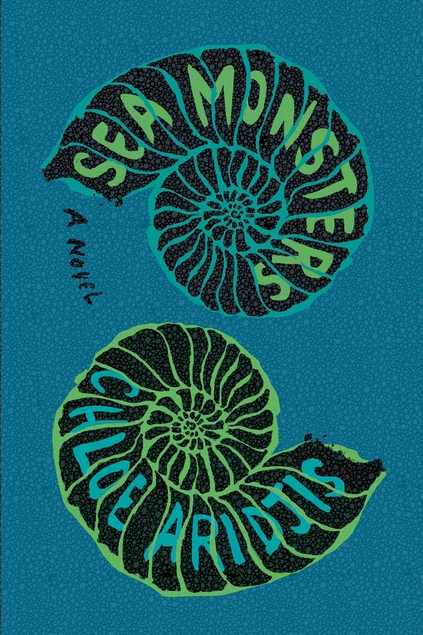 This coming-of-age adventure novel (224 pages) was published in February of 2019 by Catapult. The book takes you to the beach in Mexico. Melissa read Sea Monsters and loved it; it wouldn't be on our site if she didn't recommend it.

This dreamy book tells the story of teenage Luisa, a girl caught between two worlds in Mexico City of the 1980s — her ritzy school (where she’s a scholarship student) and a neighborhood that’s still reeling from the 1985 earthquake.

When the story opens, we meet Luisa and get a sense of her life, her hometown, and her family. The action jumps off when she embarks on a potentially ill-fated quest: She’s on the hunt for a troupe of Ukrainian dwarves who’ve defected from a Russian circus that’s traveling along the Mexican coast.

Her companion on this adventure is her sort-of boyfriend, Tomás. He’s skinny, pale, moody, a little older than she; the perfect blank slate on which teenage girls’ dreams are drawn. The two leave the city and head out for Zipolite, a beach town in Oaxaca. We might say ‘things don’t go as planned,’ but that would imply the two had a plan beyond merely getting away.

The lush prose creates a palpably humid atmosphere and vivid setting, although the beach feels more like the end of the world than a tropical paradise. When the search for the dwarves begins, it’s almost whimsical, but the story slowly takes on a glaze of listlessness. It’s like living inside a teenager’s mind, with all of its contradictions, false-starts, trips down blind alleys, and ruminations on where and how they fit in.

The off-balance mood beautifully captures that adolescent feeling of life being experienced through gauze, seen through a haze — and then, suddenly, there’s a moment of almost painful clarity and brightness.

The main characters are not always likable, but they sure do feel like real people, and there are plenty of nostalgic references to the new wave and goth music that Luisa loves.

Although Luisa claims her impetus to run away is to find the dwarves, the truth is more about what’s inside her: her restlessness and sense of other-ness. As she says, ‘The main effect of listening to the Smiths was, obviously, a spike in longing, a longing for whatever one didn’t have in life and perhaps never would.’

It was a quarter past crow, half past seagull, five to owl. I could roughly gauge time from the movement of the sun, yet the hour of the day and the day of the week seemed irrelevant, one folding into the next like a collapsing accordion. — Chloe Aridjis