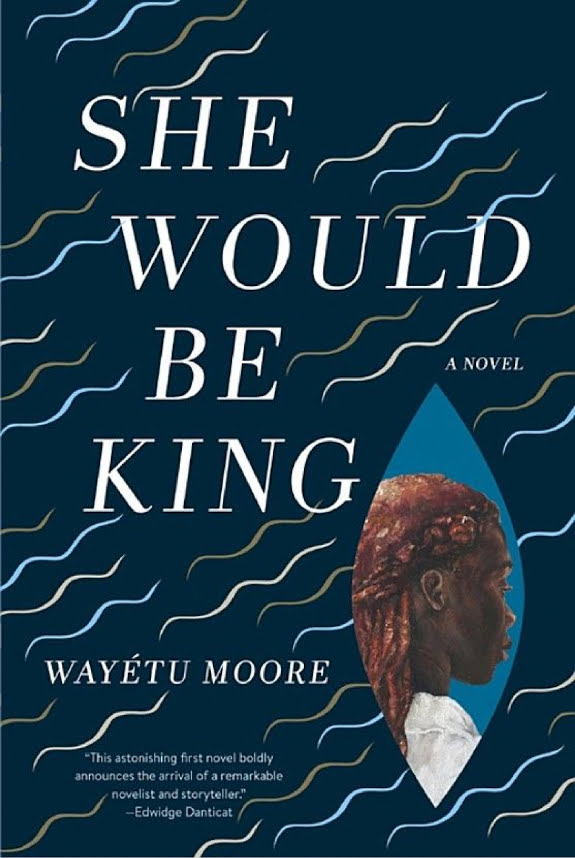 This historical fantasy (312 pages) was published in September of 2018 by Graywolf Press. The book takes you to 19th-century Liberia. Melissa read She Would Be King and loved it; it wouldn't be on our site if she didn't recommend it.

She Would Be King

Historical events can be so dramatic, our understanding of them can become almost devoid of feeling. But this novel, a reimagining of the founding of Liberia, tells a grand story on a very human scale.

We meet four remarkable characters who represent the facets of this complex situation: Gbessa, a young girl exiled from her West African village. June Dey, the son of brutalized slaves. Norman Aragon, the mixed-race son of a British colonizer and a slave in Jamaica. And the spirit of the wind. Ancient, wise, and kind, the wind joins us on our journey through this story and tells us the truth of Gbessa, ‘If she was not a woman, she would be king.’

All of these characters have unique gifts that will drastically impact their lives and the lives of others. And all of these tragic heroes wrestle with identity as they live between worlds: too strange, too strong, not white enough, not black enough.

When Gbessa, Norman, and June meet in the African-American settlement of Moravia, on the coast of Liberia, they have a profound impact on history. As they slowly begin to believe in their strengths and their ability to stand up for what’s right, we feel it, too.

Despite its bleak beginnings in slavery — and its journey into the darkest corners of the human heart — Moore’s shimmery prose infuses this novel with hope and radiance and the belief in the inherent value we each possess.

Alike spirits separated at great distances will always be bound to meet, even if only once; kindred souls will always collide; and strings of coincidences are never what they appear to be on the surface, but instead are the mask of God. — Wayétu Moore

Liberia was meant to be a new country in West Africa for freed slaves and free-born black people. It was both controversial and promising. This reimagining connects us to the people behind these historical events.