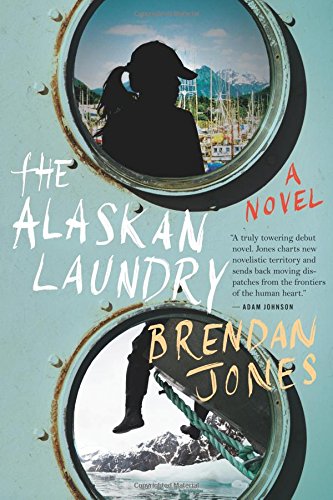 This coming-of-age story (384 pages) was published in April of 2016 by Mariner Books. The book takes you to a fishing village in Alaska. Melissa read The Alaskan Laundry and loved it; it wouldn't be on our site if she didn't recommend it.

Her new home is entirely foreign, a land of staggering beauty, people more than happy to live on the fringes of society, and the pervasive smell of dead fish. More determined than skilled at first, Tara works her way up: from the drudgery of being a hatchery assistant — constantly cold, constantly wet, constantly moving — to a respected position on a crabbing boat. And she’s able, for a while, to stave off her feelings with the uncomplicated exhaustion of her work. But eventually, as it’s wont to do, her past demands attention — and that’s when her experience in Alaska gets really interesting.

As Tara proves her mettle in Port Anna, she becomes part of the oddball community that’s formed in this isolated, idiosyncratic place. She befriends a native Alaskan man (delightfully named Betteryear) who teaches her to hunt and gather and a co-worker who’s got her back when she needs it. Plus, the kind of grizzled, salty, professional fishermen and women you might expect, and a battered tugboat that becomes a significant character to Tara and her story.

Author Brendan Jones lives on a tugboat in Alaska and works in commercial fishing. He draws on his own experiences to transport you directly to coastal Alaska. You’ll feel the chill creep into your bones, smell the briny air, and hear the seagulls’ cry overhead as you read his words. There’s action, introspection, moments of quiet drama, and big upheavals. Ultimately, this is a story of how we define home and how to choose the right people to share it with us.

Adventure, Introspection, and Fortitude on the Bering Sea with 'The Alaskan Laundry'

This novel has heart and adventure as big as the state of Alaska. Our heroine Tara is both running away and running toward an indefineable something. It seems only challenges and danger can guide her toward home.