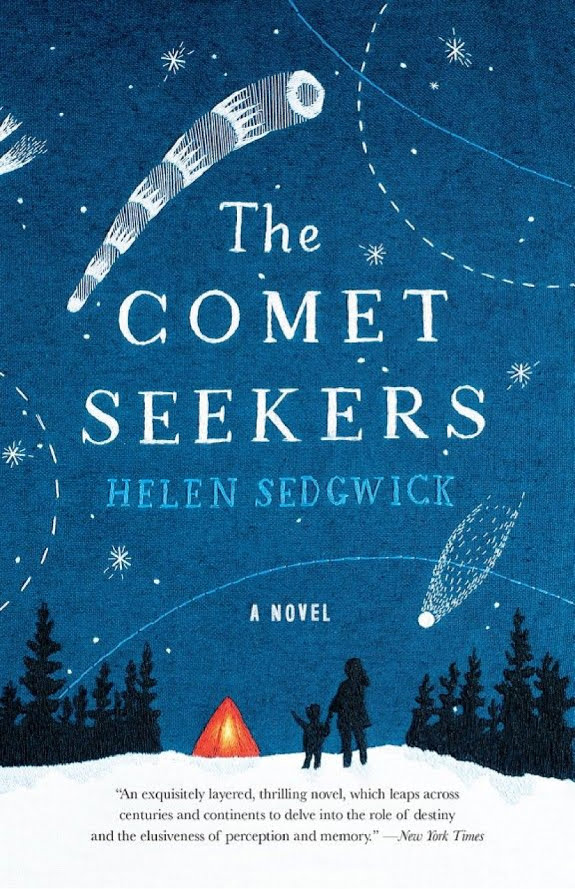 This poignant love story (304 pages) was published in October of 2017 by Harper Paperbacks. The book takes you to Antarctica. Melissa read The Comet Seekers and loved it; it wouldn't be on our site if she didn't recommend it.

The characters in this poignant novel — set in France, Ireland, and Antarctica — are haunted… by family, by what might have been, by their desire for something more.

The story begins when François, a chef, and Róisín, a scientist, meet for the first time: They’re both part of an astronomy mission in the harshly beautiful, white landscape of Antarctica, waiting for a comet to pass overhead.

New to each other, they’re also a mystery to us.

As the story unfolds, short chapters reveal their lives through sharply rendered vignettes, each one punctuated by the sighting of a comet in the sky. We flashback to Róisín in her Irish village, burning with a passion for science that eclipsed everything else in her life. We meet François’ mother and the ancestral ghosts that share her home in France.

The comets follow their inevitable orbits, and we learn about the choices the characters have made, the connections they’ve missed, and why François and Róisín were destined to meet in this particular spot at this specific time.

Tender and explosive, this novel examines the power of fate and makes a romance of science, reminding us to look up at the wonder of the night sky.

She was expecting fireworks, a series of bright explosions like timpani in light, but she should have realised that destruction takes time; that damage lingers on the surface before leaving a lasting impression. — Helen Sedgwick