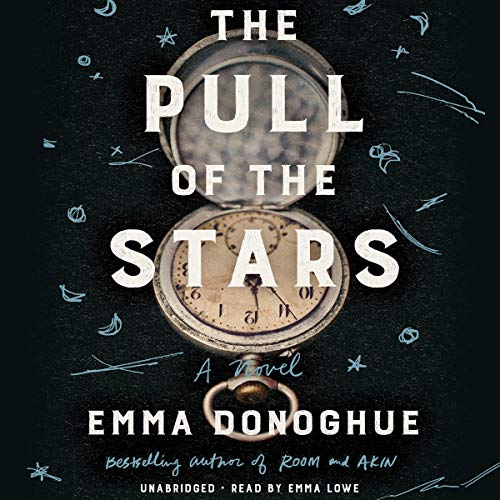 This historical novel (9 hours and 6 minutes) was published in July of 2020 by Hachette Audio. The audiobook takes you to 1918 Dublin. Melissa listened to The Pull of the Stars and loved it; it wouldn't be on our site if she didn't recommend it.

We love this in the audiobook version. With a no-nonsense but kind inflection — and a lovely Irish accent — narrator Emma Lowe imbues Julia with just the right tone of determination and self-doubt; her Julia is warm and steely at the same time. Lowe’s dynamic voice acting also brings Bridie, Dr. Lynn, and the women of the ward to vibrant life.