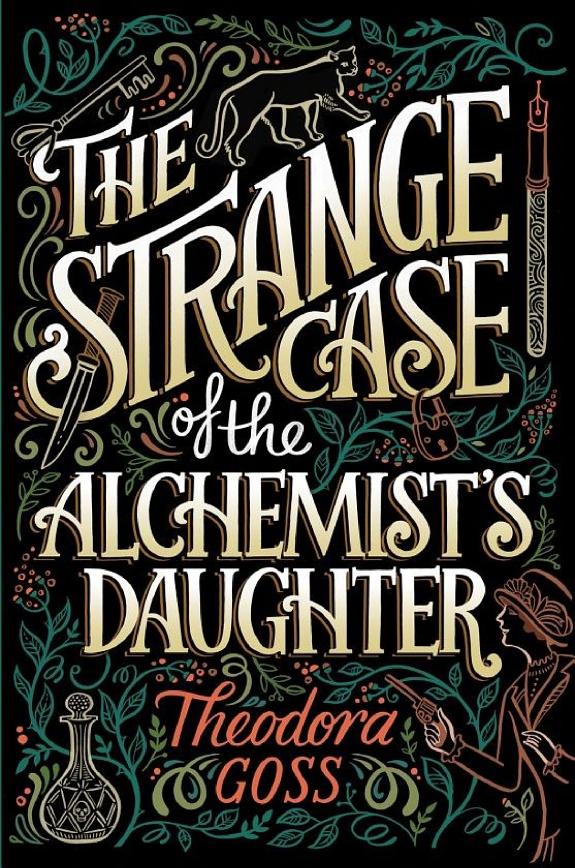 This historical fantasy (416 pages) was published in June of 2017 by Gallery/Saga Press. The book takes you to Victorian, England. Melissa read The Strange Case of the Alchemist's Daughter and loved it; it wouldn't be on our site if she didn't recommend it.

The Strange Case of the Alchemist's Daughter

Words like rollicking, escapade, romp, and caper exist to describe books like this one. But don’t underestimate it. With not one, but FIVE plucky heroines, it’s frothy and fun, yes, but it’s grounded in a bedrock of genuine feeling and harrowing backstories.

This is the first book in the series, set in an alternate version of Victorian London where the offspring of classic literary characters are flesh-and-blood girls. First, we meet Mary Jekyll, daughter of Robert Louis Stevenson’s famous bipolar villain. We won’t give away the fun surprises by divulging the other members of the Athena Club, but you will recognize their names.

The girls, all technically monsters in their own way, struggle with their humanity and wrestle with what it means to do the right thing, trying to balance between tough and tender, while making peace with who they are. This first book is a romp through the British capital, where they join forces with Sherlock Holmes and Dr. Watson to solve a series of gruesome murders — and to learn the truth of their own mysterious origins.

It’s an exciting caper that includes, in no particular order, the danger of poisoning, a traveling circus, the revelation of family secrets, a secret society, crazed scientists, narrow escapes, and plenty of good-natured bickering as these flawed-but-indomitable heroines stumble their way through London to become a family.

Theodora Goss spins an enchanting narrative with the feel of an old-time Saturday-afternoon-serial, and each book in the series ends with a cliffhanger. Action, derring-do, literary references, and big feelings abound.

No wonder men did not want women to wear bloomers. What could women accomplish if they did not have to continually mind their skirts, keep them from dragging in the mud or getting trampled on the steps of an omnibus? If they had pockets! With pockets, women could conquer the world! — Theodora Goss

The other two books in this trilogy are equally delightful: European Travel for the Monstrous Gentlewoman (#2) and The Sinister Mystery of the Mesmerizing Girl (#3).

Every Friday, we share our favorite book- and travel-related links. This week, we've got a wintery short story, Kelly Clarkson on travel, holiday sleep tips, the best notebooks, delightful holiday fiction, and much more.