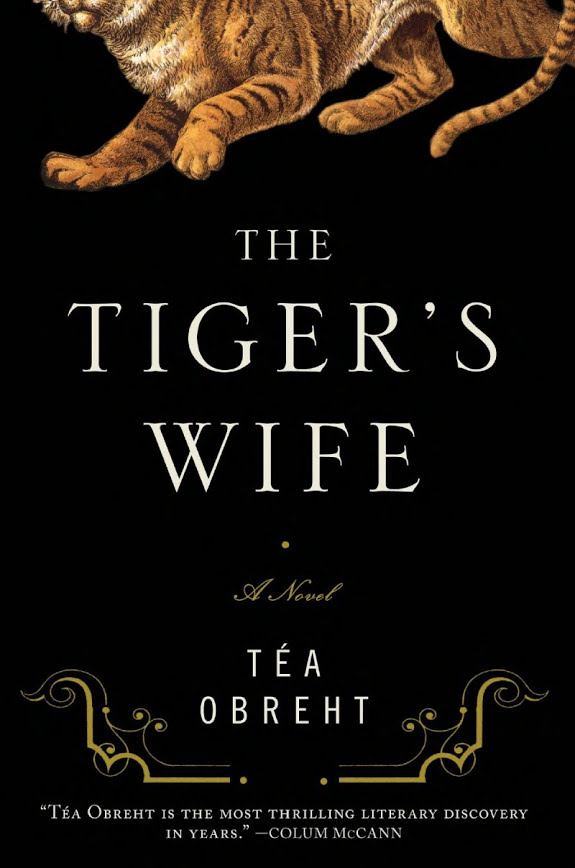 This lyrical war novel (352 pages) was published in March of 2011 by Random House. The book takes you to an unnamed country in the Balkans. Melissa read The Tiger's Wife and loved it; it wouldn't be on our site if she didn't recommend it.

The plot of this novel plays out through a web of stories. The deliberate way in which it unspools is entrancing, like a languorous evening spent spinning tales over glasses of homemade rakija, the fruit brandy that everyone drinks in the Balkans.

The basics of the story are in the flap copy: Natalia is a young doctor in an unnamed Balkan country — most probably Serbia. She’s still reeling from the aftermath of the ’90s civil wars when her beloved grandfather dies.

As she tries to understand the circumstances surrounding his death, she retells stories: about herself, about her grandfather… and the tales he told her about his youth in his home village of Galina. There’s a magical tiger, the tiger’s wife, a bear-man, a deaf Muslim almost-princess, and a deathless man who became a recurring, unsettling presence in her grandfather’s life.

But these are not fantasy creatures or freaks: They’re real people — broken, vulnerable, brave, and foolhardy — who live and breathe in a world of superstition and war.

The writing is lyrical with a lilting pulse, and the stories link together like a chain, connecting people in different eras to each other in the way of small towns and wartime. While they’re sad, they’re beautiful and hopeful, too.

Rudyard Kipling’s The Jungle Book is pivotal to this story, but we won’t give away why. Just trust that all the seeds planted throughout the novel come together at the end in a most satisfying way.

Everything necessary to understand my grandfather lies between two stories: the story of the tiger’s wife, and the story of the deathless man. These stories run like secret rivers through all the other stories of his life – of my grandfather’s days in the army; his great love for my grandmother; the years he spent as a surgeon and a tyrant of the University. One, which I learned after his death, is the story of how my grandfather became a man; the other, which he told to me, is of how he became a child again. — Téa Obreht