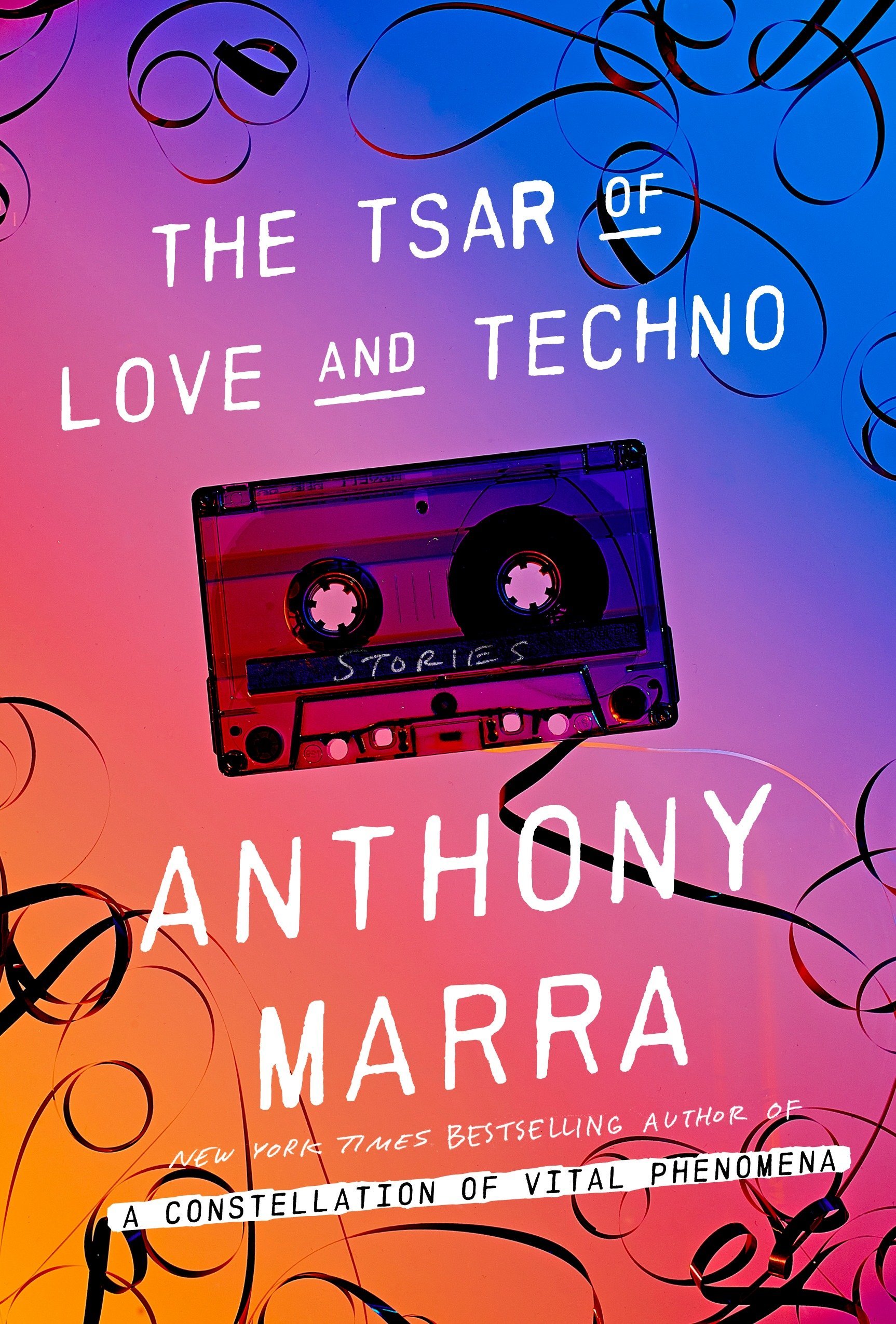 This short story collection (352 pages) was published in October of 2015 by Hogarth. The book takes you to Russia. David read The Tsar of Love and Techno and loved it; it wouldn't be on our site if he didn't recommend it.

The Tsar of Love and Techno

The first story is set in Leningrad in 1937. In an unfinished train tunnel, a lone censor removes images of traitors from photographs. The collection ends with a Russian floating in a space capsule — date unknown. As he drifts past Pluto, he listens to a vintage cassette tape.

In between these two tales, we’re taken on a journey through 75 years of Russian history alongside the ordinary, extraordinary people who populate the Russian city of Kirovsk. It’s a punishing place: cold, industrial, cursed and supported by the nickel smelting plant that dominates the town.

But the people — a prima ballerina, former gulag prisoners, Miss Siberia and Russia’s 14th wealthiest man, contract soldiers, a techno music fanatic, a museum curator — are warm, funny, driven, conflicted. Each of them has a distinctive voice and their own story to tell.

The characters are linked throughout the collection in ways mundane, coincidental, an delightful — strangers influencing each other without being able to see or recognize their underlying connections. There are also recurring objects throughout the book that become characters themselves: a photo of the ballerina, an oil painting, and that special mixtape.

Charming, biting, humorous, and poignant, these stories are a unique way to understand the broad strokes of Russian history — the early Soviet Union, pre- and post-Communism, Glasnost — through the very human experiences of day-to-day life.

For my first year, I combed the shelves of libraries with the most recently expanded edition of Summary List of Books Excluded from Libraries and the Book Trade Network, searching for images of newly disgraced officials. This should be a librarian’s job, of course, but you can’t trust people who read that much. — Anthony Marra