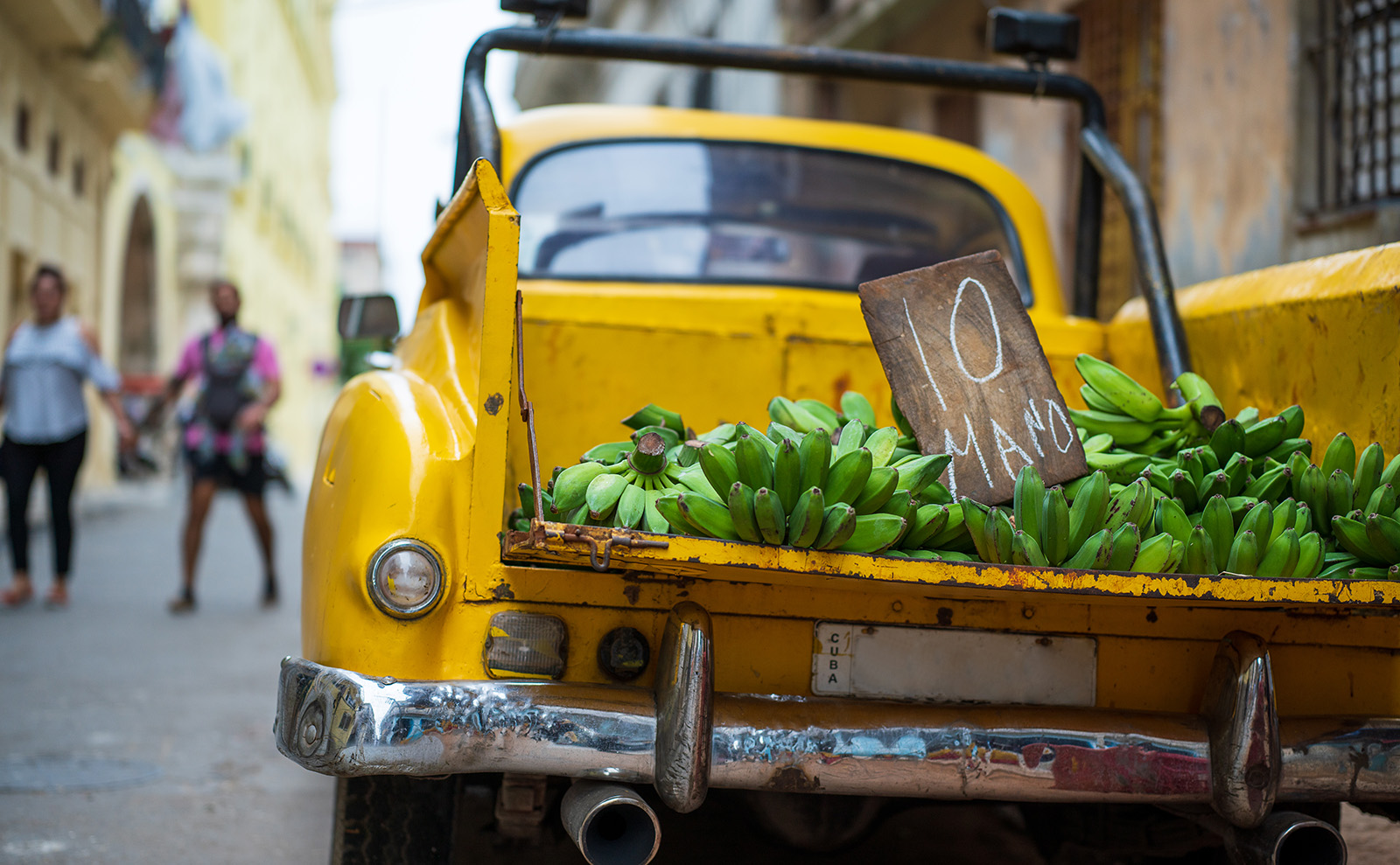 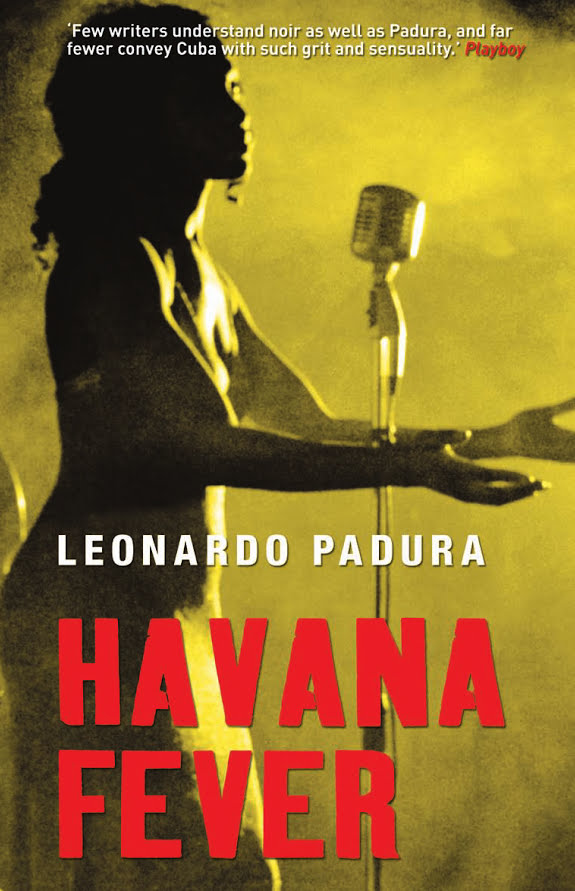 Picadillo is a tender almost-stew and sorta-hash that’s found in the Caribbean and Latin America. Each country puts its own spin on the basic recipe of minced meat — the ‘picar’ of the name — green olives, raisins, and spices, but one thing remains the same: this is comfort good at its best.

Every home cook has their own version of this traditional dish, but the first published recipe was in the classic cookbook Cocina Criolla published in 1954. It was written by Nitza Villapol, a writer and TV personality known as the Cuban Julia Child. Her cooking show Cocina al Minuto ran from 1948 to 1997. For scores of Cuban (and Cuban-American) beginning cooks, she was an adopted abuela(grandmother), teaching them their way around the kitchen with classic recipes like arroz con pollo (chicken and rice), ropa vieja (stewed beef), camarones enchilados (spicy shrimp), guiso de papas con jamón (potato stew with ham), and more. 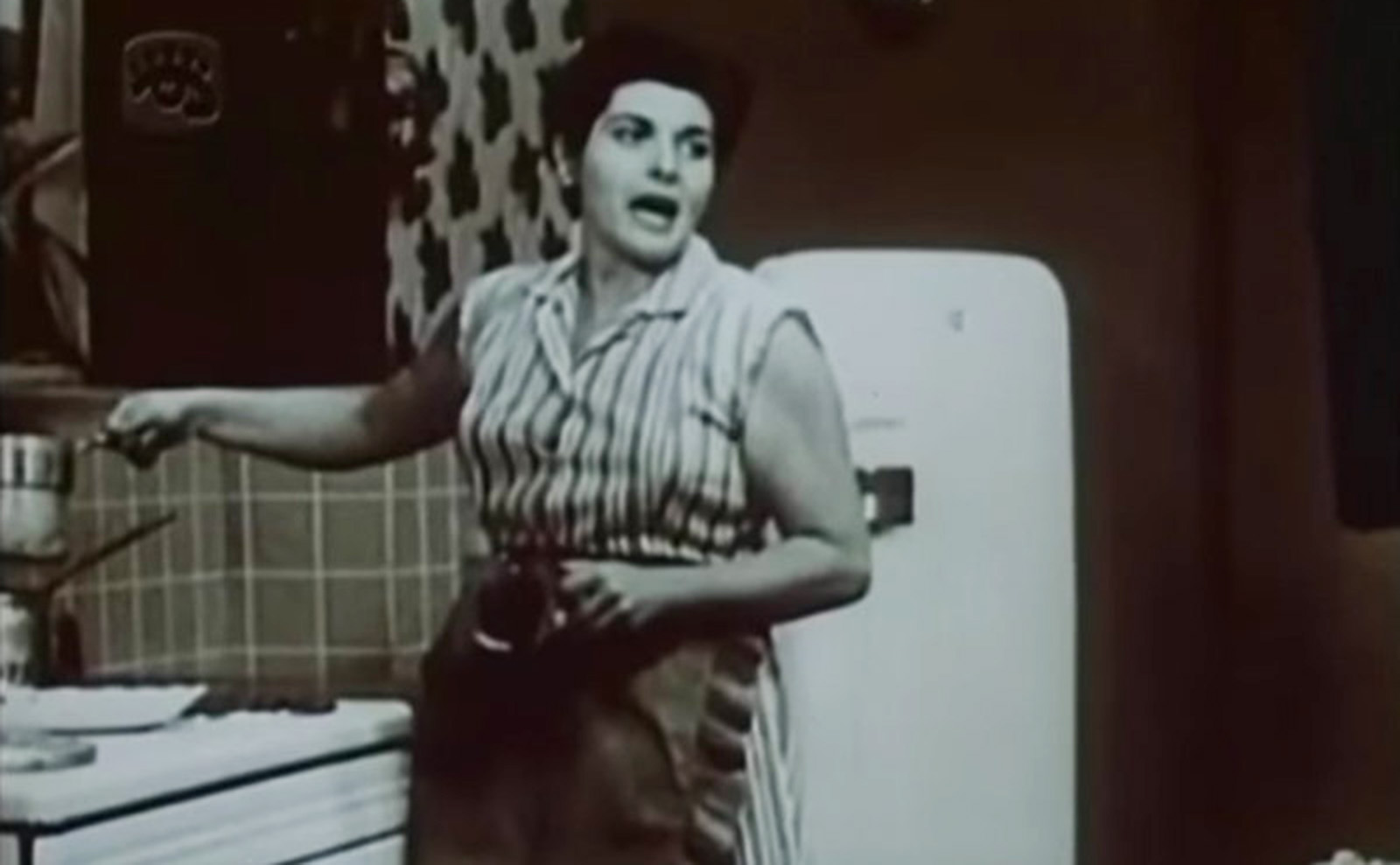 Because her cookbook was published before Castro took power in 1959, her early recipes combined both Cuban and American ingredients. But recipes and shopping lists changed under communism and the US embargo. By the 1990s, Cuba was in its ‘Special Period,’ a time of food rationing and shortages, a result of the breakup of the Soviet Union and the loss of subsidies provided by Russia. During this time, Cocina al Minuto persevered, and Villapol showed her viewers how to cook their favorite recipes even with the challenging constraints of the time. (Watch a short episode of Cocina al Minuto in Spanish.)

The novel Havana Fever (recommended in the Cuba episode of our podcast) is set just after the Special Period. The characters in the story are not as broken as they once were, but their psychological bruises are still healing.

In a memorable scene, our hero Mario Conde, a retired Havana policeman, is seated at a table with his favorite people, and they’re about to dig into a rare feast. He’s enjoyed a financial windfall, so they’re celebrating with a big meal together. The abundance on the table is so unusual, the only topic of conversation on which they can all agree is food. They talk of truffles, memorable meals of the past, and a decadent recipe that consists of a turkey stuffed with pork and ham. Then an old woman, the mother of one of the guests, reminisces about the pleasures of simple food, too.

This picadillo recipe is homey, earthy, a little bit exotic, and tastes even better when it’s shared with the people you love. Turn up the Grupo Fusion Caribe, raise a glass to Nitza Villapol, and dance in your kitchen. 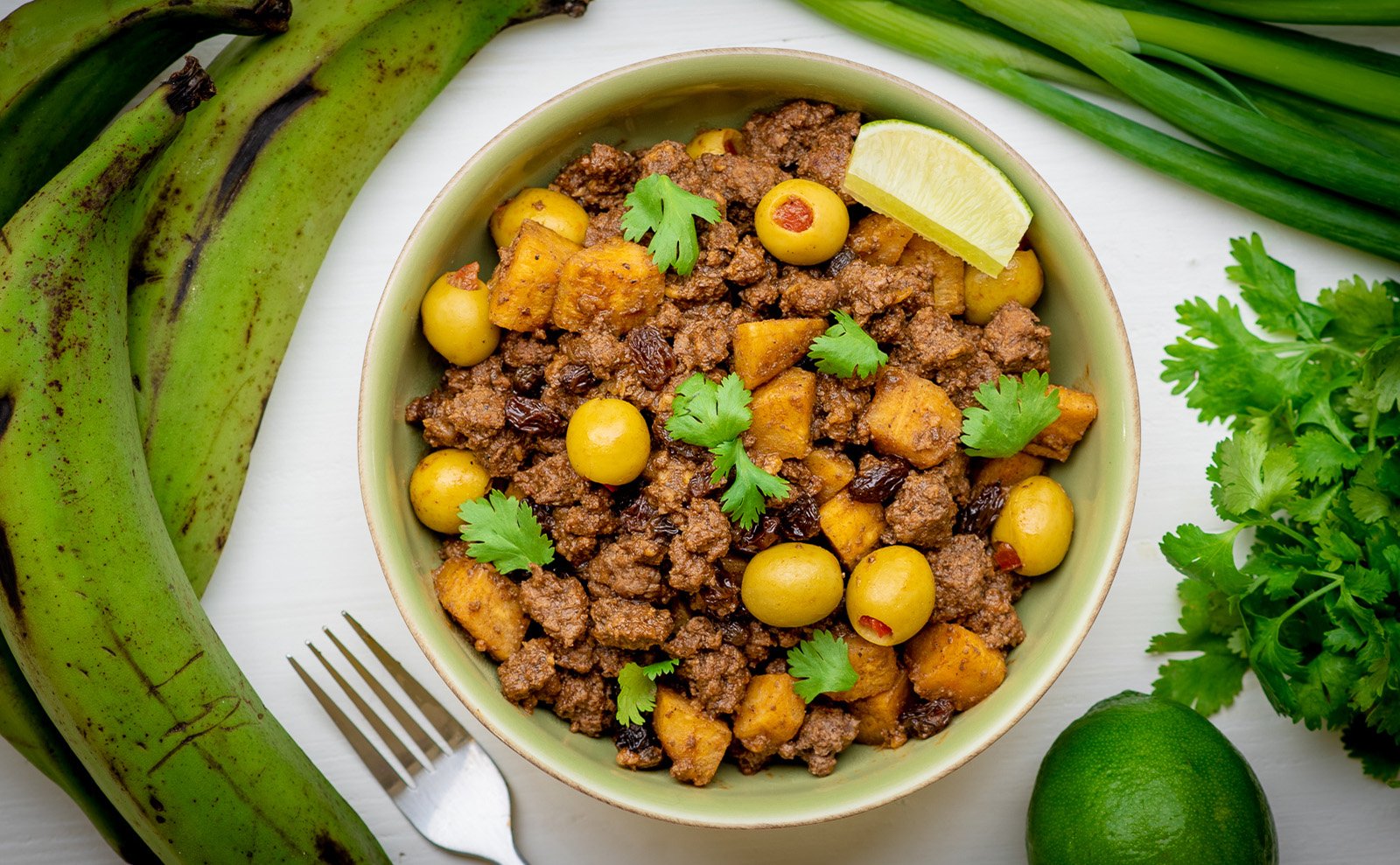 Prep the plantains. Cut off both ends of each plantain, then with the tip of a sharp knife, make shallow slits lengthwise along the skin. Use your fingers to pry off the strips and discard the skins. Cut into 1/2-inch pieces. Place in a saucepan with 2 teaspoons salt and enough water to cover them by about two inches. Bring to a boil, then reduce to simmer and cook until a knife slides into the plantain with no resistance, about 10–12 minutes. Meanwhile…

Make the picadillo seasoning. Warm the oil in a large, nonstick skillet over medium heat, 2 minutes. While the oil heats, finely dice the onion. Add to the pan and cook until soft, 7–10 minutes. Peel and crush the garlic cloves and place in a small bowl with the cumin, 1 teaspoon salt, coriander, pepper, cinnamon, cloves, and bay leaf. Add the garlic-spice mixture to the pan and stir until fragrant, about 30 seconds.

Cook the beef. Crumble the ground beef into the pan and cook, breaking it up with a wooden spoon, until no longer pink, 5 minutes. Push the meat to the side of the pan and drop in the tomato paste; fry for 1 minute. Add the water, vinegar, and raisins; stir to combine. Bring to a boil, then reduce the heat to simmer, cook uncovered, until it’s slightly thickened, 3-4 minutes.

Big finish. Drain the plantains and add them to the meat, along with the olives. Stir to combine and cook for 1–2 minutes. Divide the picadillo among individual bowls and top with the garnishes.

This recipe is from our cookbook Well Fed Weeknights, and it’s packed with other easy-to-make and crazy-delicious recipes from around the world.

‘Oh, of course,’ the old lady remembered, ‘I made a pot of rice and black beans, and prepared a bunch of fried ripe plantains, a salad of tomato, lettuce, avocado, and cucumber… And a simple sweet: chocolate ice cream sprinkled with ground coconut and nuts. — Leonard Padura

Our hero Mario Conde is a retired policeman and now makes his living in the much more civilized world of antiquarian books. One day, as he flips through a volume in a vast library of valuable books, he finds a faded newspaper clipping about a 1950s bolero singer, the alluringly named Violeta del Rio. She disappeared under mysterious circumstances decades ago, and, against all reason, Mario becomes obsessed with finding the truth. Following his hunches, and wandering into places he definitely should not go, Mario’s investigation takes him (and us) through the neighborhoods of modern Havana and its shady, glamorous past. {more}

This historical crime novel (285 pages) was published in May of 2009 by Bitter Lemon Press. The book takes you to steamy Cuba. Melissa read Havana Fever and loved it; it wouldn't be on our site if she didn't recommend it.