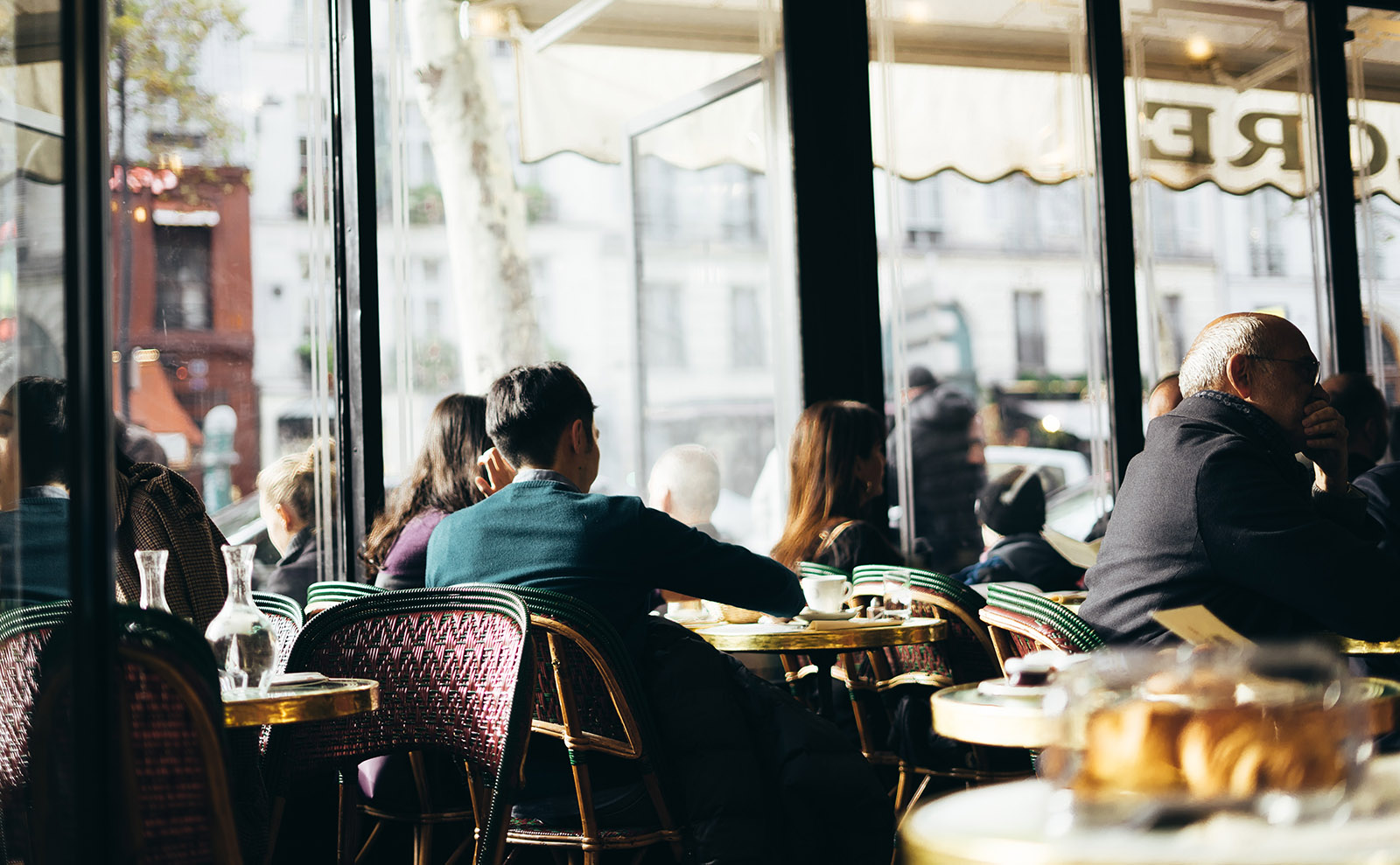 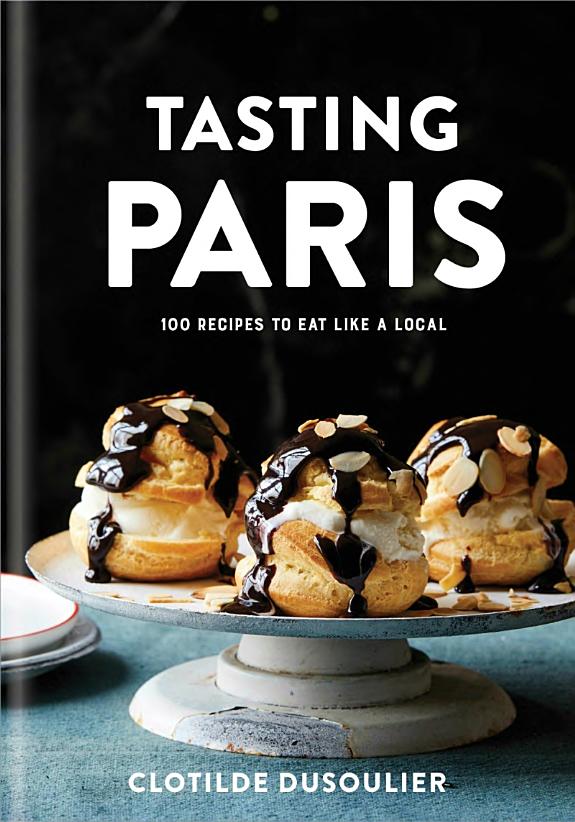 We’ve eaten some of the best meals of our lives in Paris. Whether it was street crêpe that cost a couple of euros, a spontaneous picnic in the shadow of the Eiffel Tower, or a leisurely, multi-course feast at a Michelin-starred restaurant, the one thing they all had in common was an attention to detail that put pleasure front and center.

On a quiet weekend morning in Paris, David and I were out for a stroll, window shopping and looking for delicious things to eat for a leisurely brunch in our rented flat. The shops had the usual level of hubbub with people from the neighborhood buying loaves of bread, picking out slices of saucisson, nibbling on pastries while they walked. And then we saw a shop, no distinguishing markings in sight, with a long line out the door. By tacit agreement, we joined the queue, with no idea what we might find at the other end.

The shop was Merveilleux de Fred, purveyors of handmade confections that look like clouds and taste like it feels when you listen to Handel’s Hallelujah Chorus. They’re merveilleux cakes: two lighter-than-air meringues bound together with whipped cream, then dusted with toppings like shaved chocolate, crushed nuts, or tiny bits of crystallized meringue. We had literally never had anything like it, and it was one of those delicious moments of serendipity that happen when relaxation and curiosity collide.

Something similar occurred on another trip to Paris when we slipped into a neighborhood restaurant (A La Biche Au Bois), sans reservation, on Halloween night, and enjoyed the creamiest, most transcendent oeufs mayonnaise (think American deviled eggs, but elegant). Or the falafels from L’As du Fallafel in the Marais that are fried so crisp, they might lacerate the roof of your mouth, and you’ll be glad of it.

There’s also the Deluxe Crêpe Complète from a take-away kiosk near the Eiffel Tower. David will tell you this is the worst thing he’s eaten in Paris, and I will argue it’s among the best for its sheer over-the-topness. It’s a classic-style ham-egg-and-gruyére crêpe that’s cooked to golden perfection, then rolled and placed inside a handy paper cone — because there’s more to come. The cone is then filled with just-fried pommes frites and topped off with an American-style hot dog. French? Not quite. Delicious? Mais oui.

And should you find yourself in Paris, please, s’il vous plaît, visit the restaurant L’Ami Jean and order the rice pudding. I should preface this by saying that I do not generally like pudding, and I especially do not enjoy rice pudding, but this dessert brought me to my knees in the very best way. The rice is plump with just the right tenderness; it’s not cooked to mush, but it’s not making a big fuss about being there, either. The pudding is prepared with cream, so it’s rich and light at the same time. And then the stakes are raised: with toasted pistachios covered in dark chocolate and a side of caramel whipped cream. A perfect bite includes a bit of all three, so the contrasts roll over your tongue: creamy pudding with salty whipped cream and crunchy pistachios with the bitter dark chocolate to make sure it’s not all too much. When you’re eating it, there are no words. Just sighs.

I recognize that the rice pudding seems hard to beat.

But our best eating experience — the remember it for the rest of our lives eating experience — was also the simplest. We’d stopped at a small corner bakery for croissants and coffee. The air was crisp, the action on the street was entertaining, the coffee was café crème, so: perfect. With croissant crumbs still clinging to our fronts, we decided we had to try a baguette de campagne (hand-formed with a bit of sourdough; David Lebovitz has an excellent primer on baguettes in Paris), but when we placed our order at the counter, the nice young French boy was désolé: the baguettes were in the oven and wouldn’t be ready for 10 minutes. Could we wait?

Soon, a large basket of steaming baguettes emerged from the back room. He plucked one from its brethren, slid it into a paper sleeve, and handed it across the counter to us, still so hot it was hard to hold onto. We walked through the neighborhood, pulling off pieces of that still-hot, perfectly crusty, chewy, fragrant bread, talking about nothing in particular, looking at the sky, the trees, the birds, the people, the so-very-French buildings, and breathing the air of Paris. — Melissa

Cookbook author and blogger Clotilde Dusoulier has been introducing her readers to the pleasures of French cuisine for decades. She’s a native Parisian who’s still enchanted by her home city, a local with the enthusiasm of a first-time visitor. Her affection for the food, the people, and the culture is always evident: ‘I’ve lived here all my life, and riding my bicycle across any one of the Seine’s bridges still makes my heart swell.’

Her book Tasting Paris reads like a travel guide and cookbook fell madly in love and could no longer keep the joy of infatuation to themselves.

This recipe is an almost perfect representation of the high-end/low-end cuisine of Paris. It’s on the menu at Lazare, a classic French restaurant helmed by Michelin-starred chef Éric Frechon. That makes it quite posh, n’est-ce pas? But its stand-out ingredient is the king of junk food: the humble potato chip. Marry them with good eggs, fresh chives, and just the right amount of sweet butter, and you’ve got something swoon-worthy. Bon appetit.

Make the dressing. In a medium bowl, combine the shallot, salt, and vinegar. Let rest 10 minutes to take the edge off the shallot. Stir in the mustard. Pour in the oil slowly, stirring all the while with a fork to create an emulsion. Sprinkle generously with black pepper. Taste and adjust the seasonings; set aside.

Prep the chips. In a second bowl, combine the potato chips, chives, and garlic flakes.

Start the omelet. Mix half the potato chip mixture into the eggs. In a medium skillet, melt the butter over medium heat. When it foams, add the eggs. Cook the eggs for 2 minutes, then sprinkle the remaining chips over half the omelet.

Toss the salad. Toss the greens with the dressing and divide among two plates.

Finish the omelet. Cook for 1 more minute, or until it’s cooked to your taste, then fold over to enclose the potato chips.

To serve, divide the omelet in half and slide onto the plates with the salad. Serve immediately, before the chips lose their crunch, and accompany with any of the books we recommended in our podcast episode Paris: It’s Always a Good Idea.

What I think of most when I wander my hometown is food: Saint-Germain-des-Prés, to me, means macarons from Pierre Hermé and Les Halles roast chicken from the Champeaux brasseries. The Tuileries, bordered on the north by rue de Rivoli, bring to mind Angelina and thus hot chocolate, and the cafés near Porte Dauphine, where I spent my student years, evoke the satisfying croque-madame, the velvety yolk dripping down the crust of the bread. Barbés seduces with couscous; Belleville comforts with Chinese rice soup… it’s all here waiting for you to hop off at the closest metro station, push open a door, and walk in. — Clotilde Dusoulier

This book from native Parisian Clotilde Dusoulier reads like a travel guide and cookbook fell madly in love — in Paris, n’est-ce-pas — and created a beautiful handbook that embodies the best of both. Inspired by the recipes on restaurant menus in every arrondissement, each page of this book is a temptation: full-page photos of landmarks; colorful, rustic, tempting food; essays that show that the city, even for life-long Parisians, holds a particular kind of romance. {more}

This narrative cookbook (256 pages) was published in March of 2018 by Clarkson Potter. The book takes you to paris. Melissa read Tasting Paris and loved it; it wouldn't be on our site if she didn't recommend it.