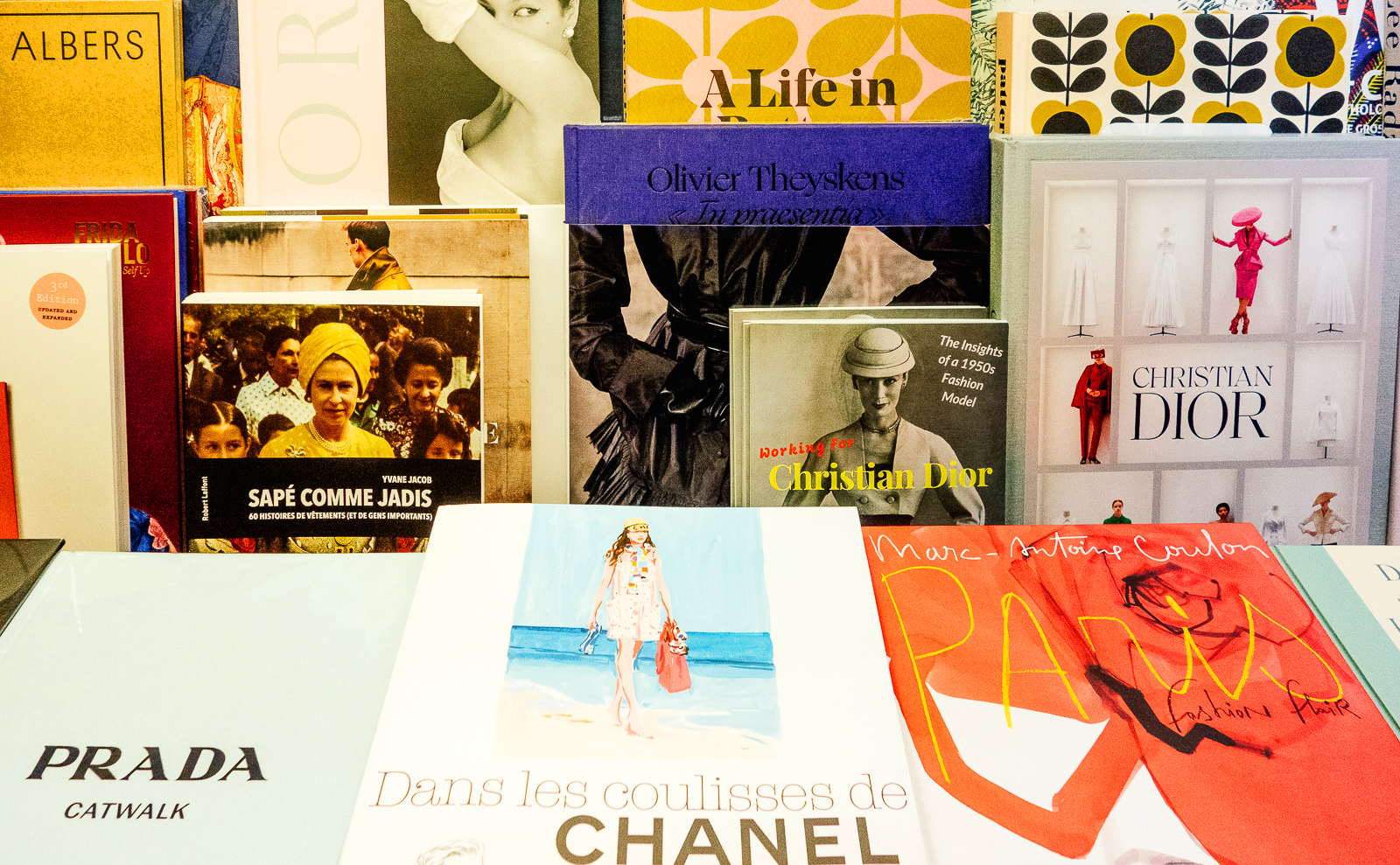 Elegant but unfussy and packed floor to ceiling with wonderful books, Librairie Galignani is our favorite English-language bookshop in Paris.

The legendary Shakespeare and Company bookshop has all the flash, and that’s no surprise. It’s located in the heart of the Latin Quarter, directly across the Seine from Notre Dame Cathedral, and its history is populated with famous (and infamous) expat writers, including Allen Ginsberg, William Burroughs, Anaïs Nin, Henry Miller, and so many others. It was founded by an American in 1951 at Kilometer Zero, the point at which all French roads begin. From its first day of business, writers, artists, and intellectuals were invited to sleep in the store. Known as Tumbleweeds, these guests added to the cachet and the mystique of the shop.

But its awesomeness is also its downfall. The shop is so popular with tourists, it can be pretty challenging to browse the shelves for just the right book to take home. It’s charming and frenetic and definitely worth a visit. Do make a pilgrimage to Shakespeare and Company to see it with your own eyes and grab a souvenir.

Then head to the soothing sanctuary of Librairie Galignani to buy another book to read on the plane or train home. 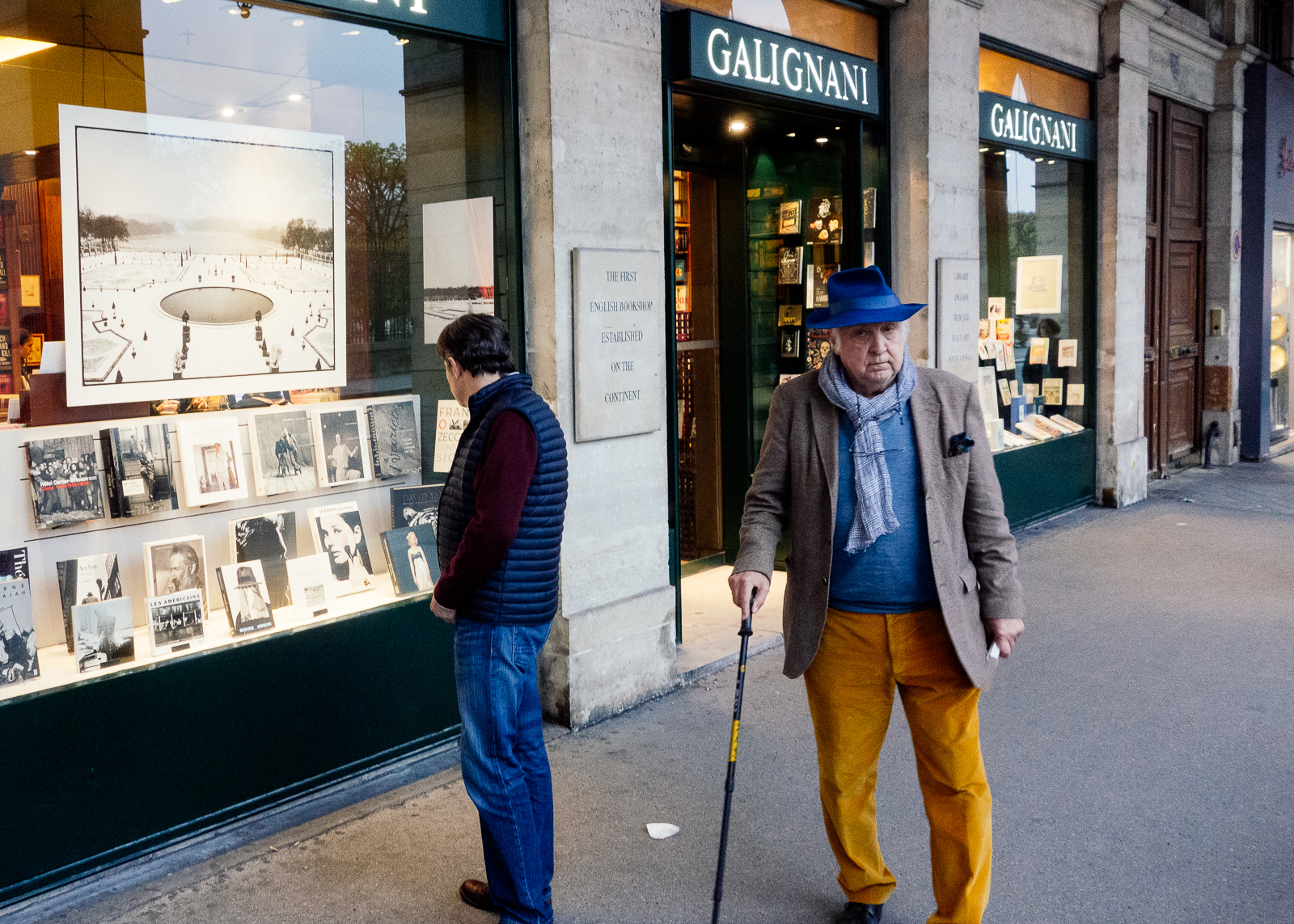 Located in the arcade at rue de Rivoli, the shop is conveniently located about halfway between the Musée du Louvre and La Place de la Concorde — which means you can easily work a bit of book shopping into a day of sightseeing.

The window displays are lovely and usually reflect timely cultural events or topics in the news. According to tradition, they’re changed every 15 days. A plaque outside the doors of Librairie Galignani proclaims that it was the first English-language bookshop established on the Continent. Its literary roots stretch even farther back than that. 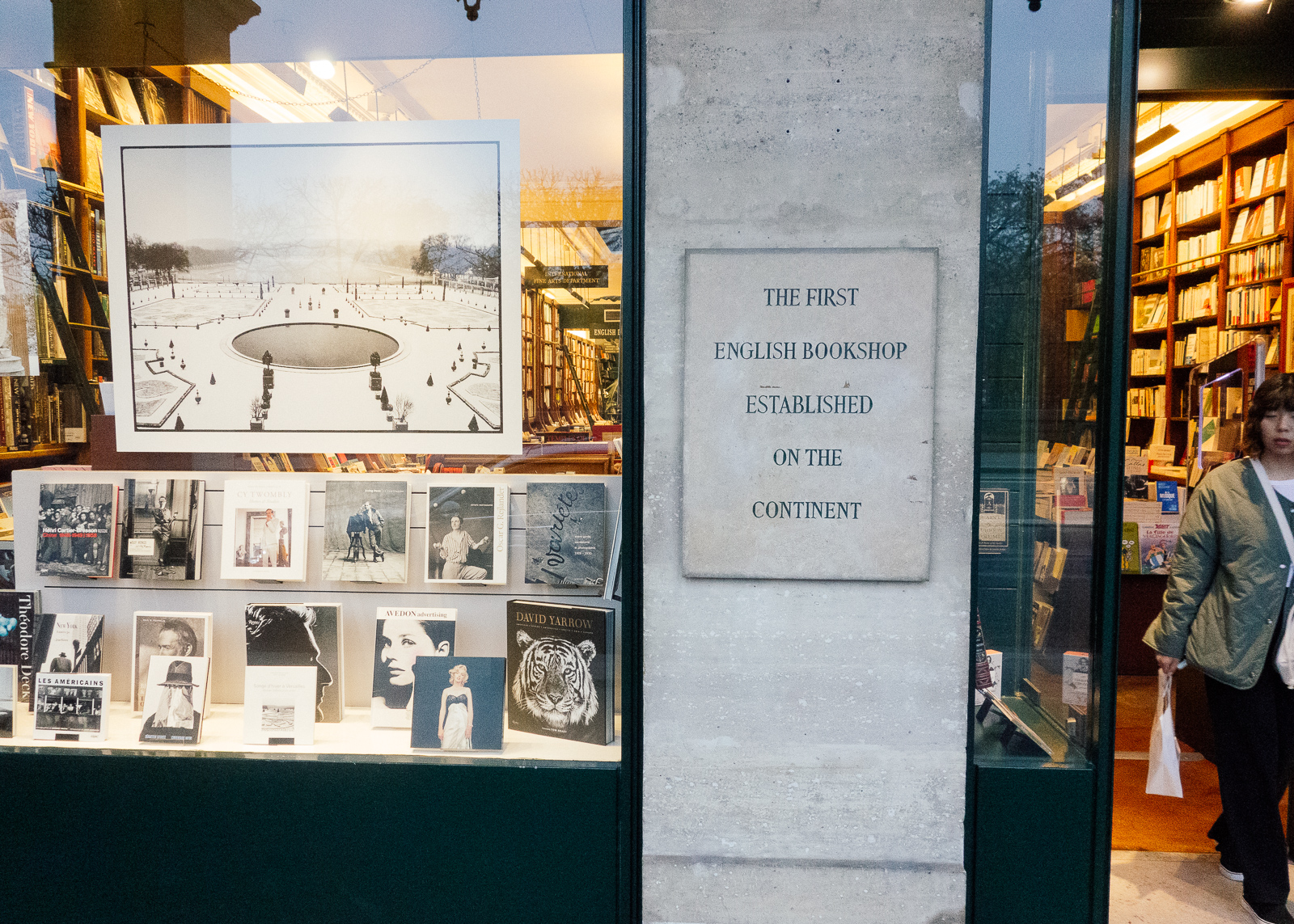 In 1520, Simone Galignani started Galignani Publishing in Venice. Almost 80 years later, it released Ptolemy’s Geographia, which was a bestseller through the 16th and 17th centuries. Fast forward to the next generation to meet Giovanni Antonio Galignani, who left Italy and, just after the French Revolution, relocated the family publishing business to Paris in 1801. His enterprise also featured a conversation room and reading room for English speakers, as well as Galgnani’s Messenger, a daily newspaper in English that included literary contributors like Thackery, Byron, and Wordsworth.

By the beginning of the 20th century, the family’s publishing activities were winding down, and the newspaper folded. But the bookshop business thrived. During WWI, the bookstore supplied books for British and American soldiers in Paris. When the Nazis occupied the city during the Second World War, English books were banned, so owner André Jeancourt-Galignani added a fine arts department for books in French. As soon as the war ended, Galignani restored its stock of English-language books — and that tradition continues today.

The shop has been run by six generations of the Galignani family, and the stock — English-language books in all genres; French books about art and design; international literature — are carefully curated and then displayed on shelves of dark wood that have been the mainstay of the store since the 1930s. 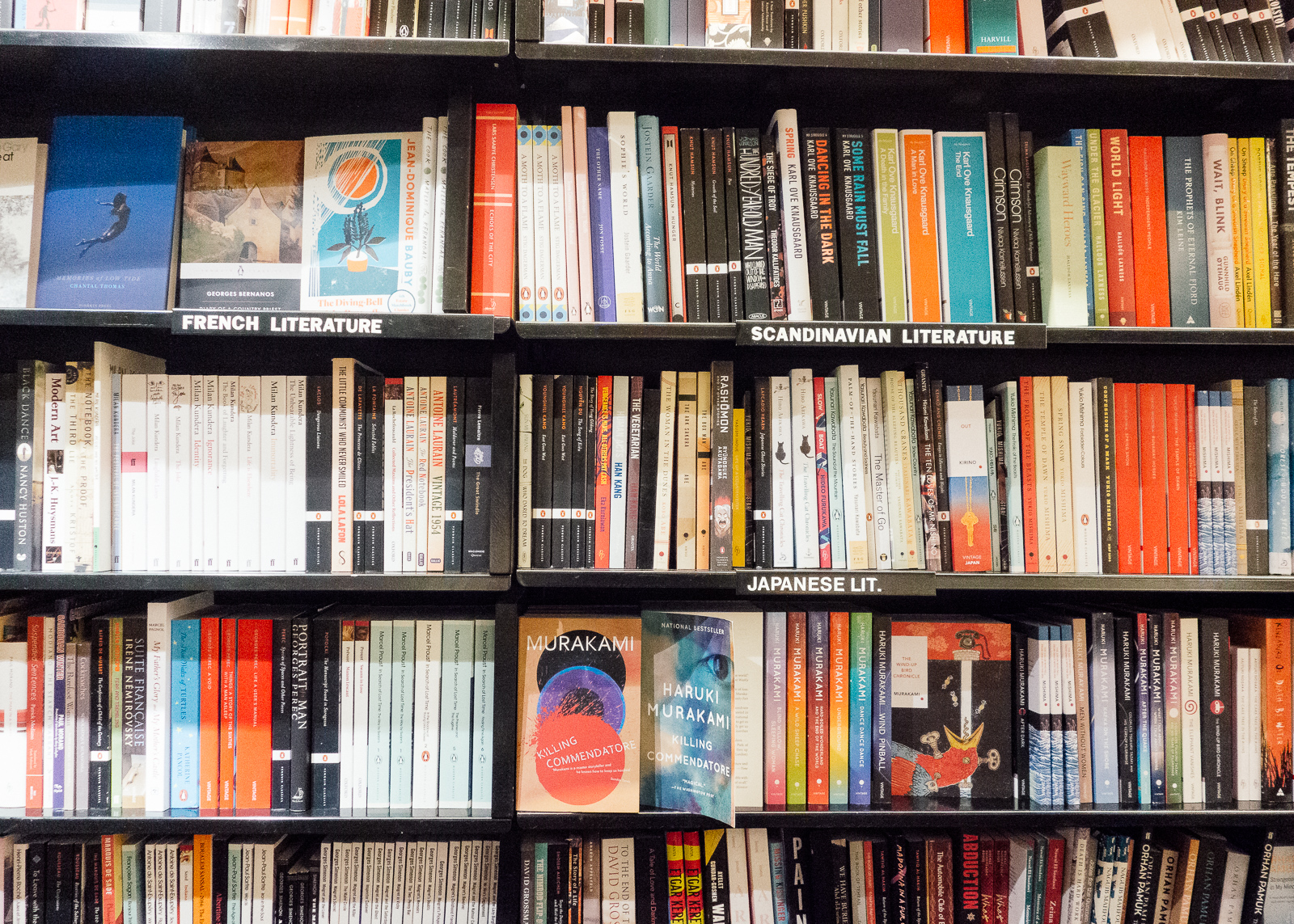 You’ll be in good company when you visit. According to lore, Ernest Hemingway, Marlene Dietrich, and Orson Welles all shopped there during the time in Paris.

These are some of the beautiful and oversized art books that would not fit in our carry-on bags. 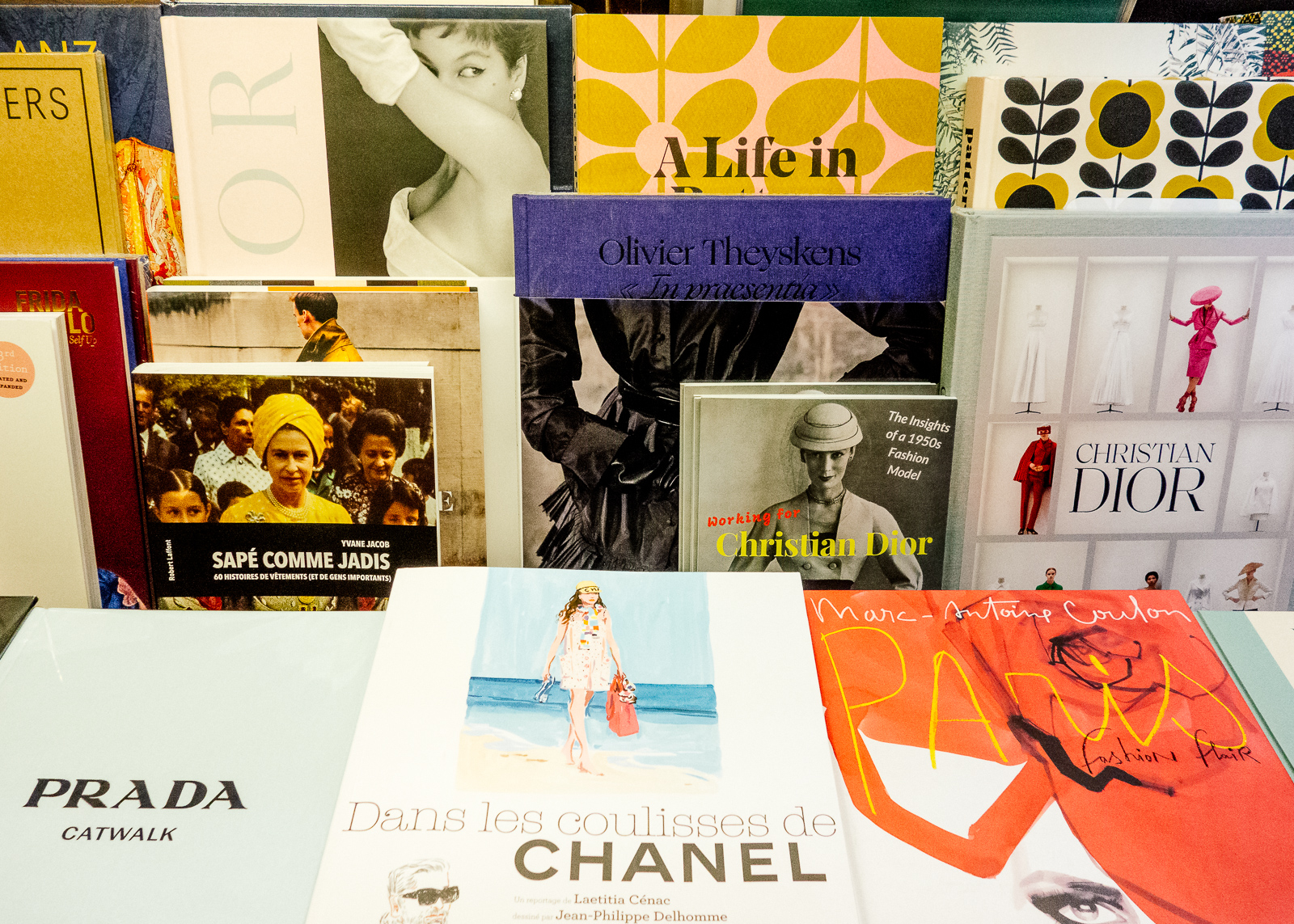 This is the beautifully curated and well-lit English-language section — two floors! — where we picked up two exciting, new-to-us titles: Billiards at the Hotel Dobray by Dušan Šarotar (set in Slovenia) and The Eighth Life (set in the Republic of Georgia) by Nino Haratischvili. 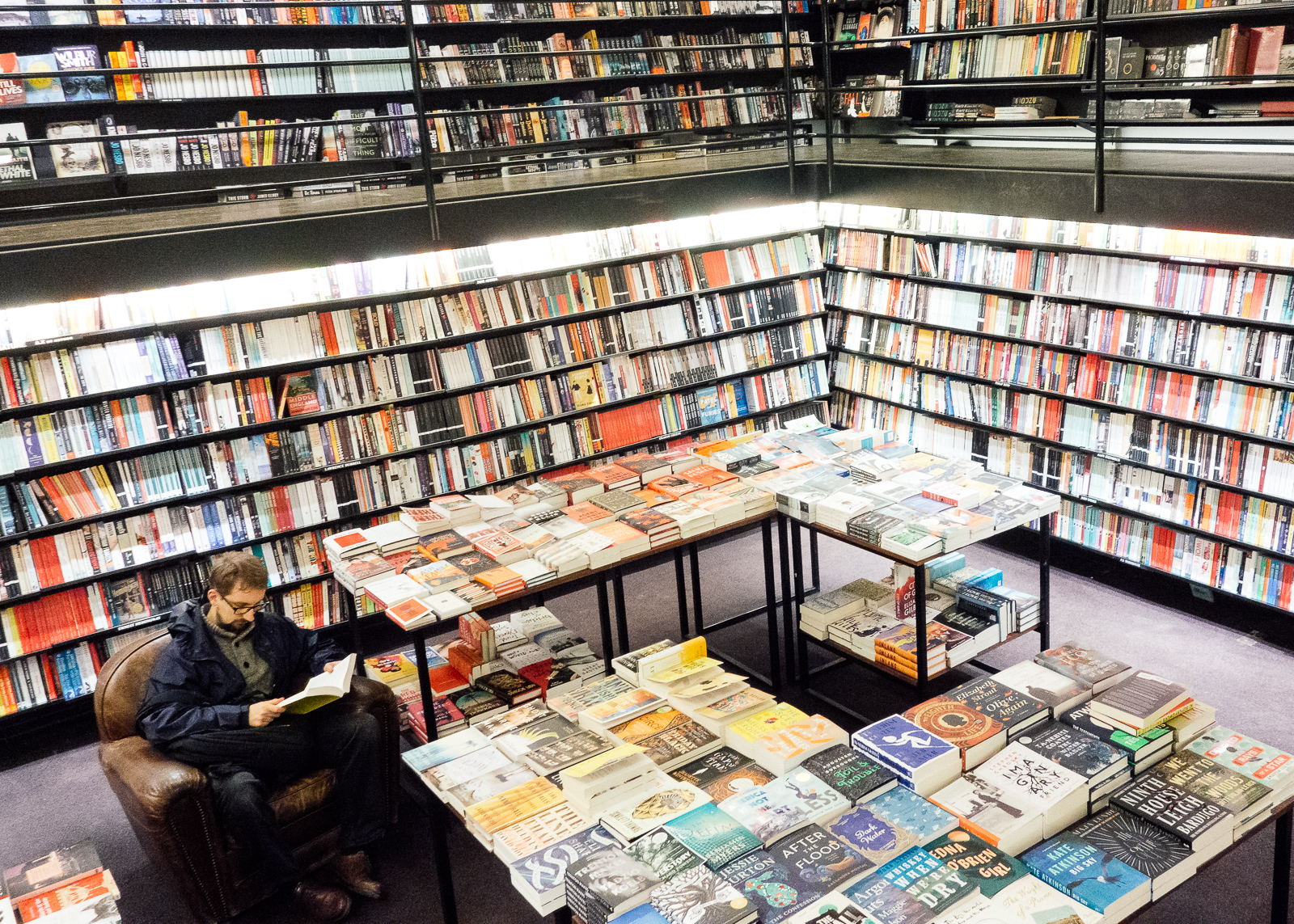 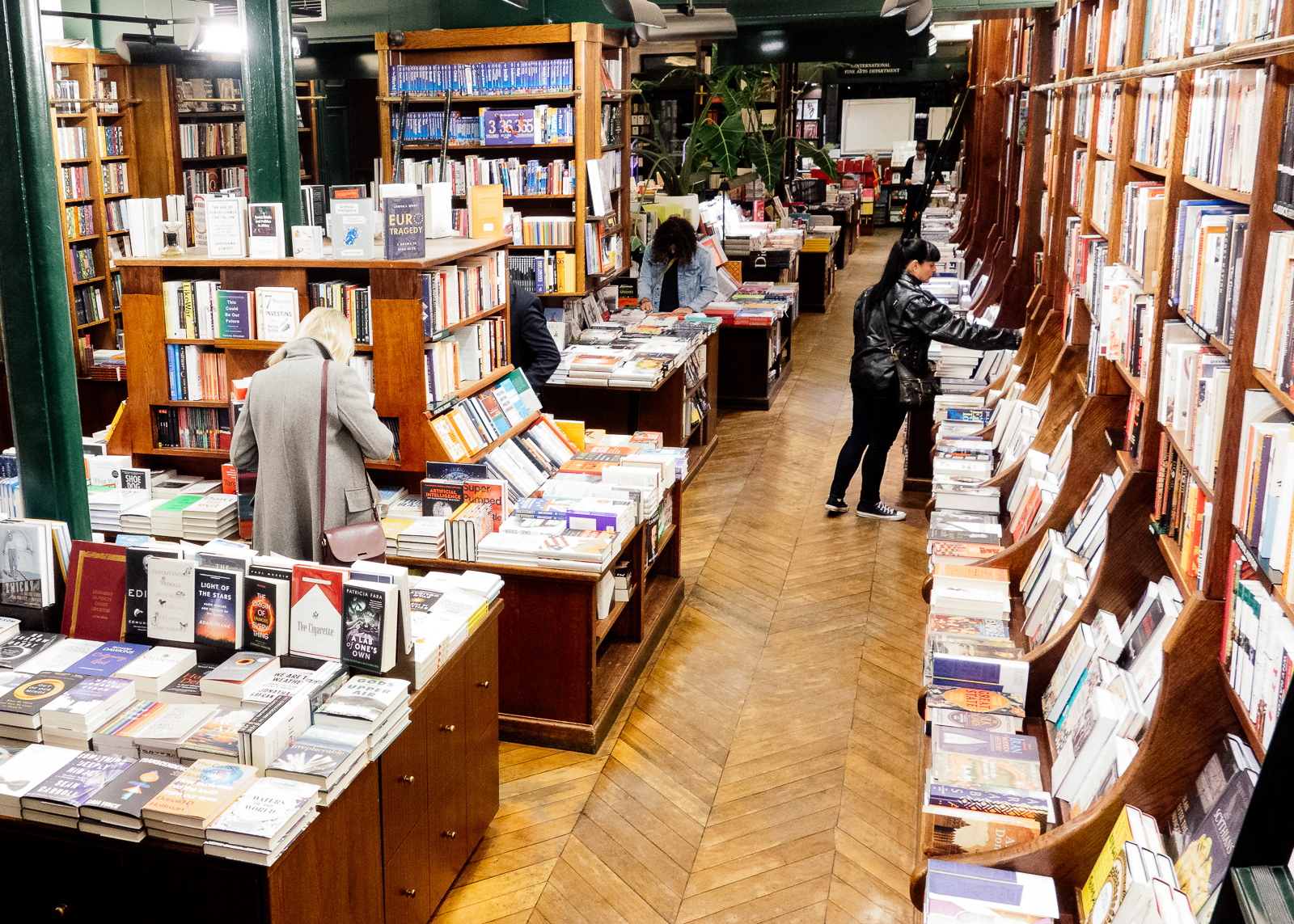 The shop is open Monday through Saturday; visit the Libraire Galignani website to confirm open hours.